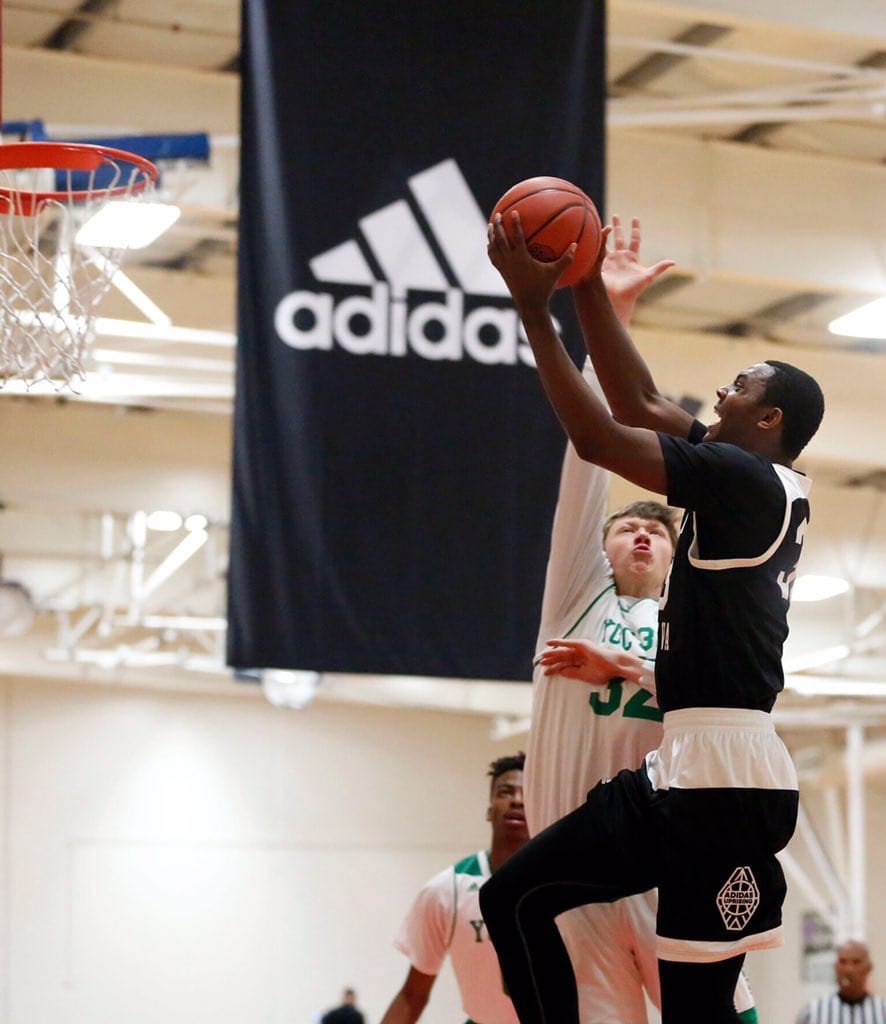 “Pitt offered me in the beginning of April when Coach (Kevin) Stallings and Coach (Kevin) Sutton first got there. I know Coach Sutton before from when he was at Georgetown and I knew of Coach Stallings from Vanderbilt,” said Blue Ridge (VA) Palmyra 2017 power forward Aamir Simms (6-foot-8 inches, 230 pounds). “I knew when they got to Pitt they would eventually offer me. I just didn’t know when it would be coming.”

“I have a top six schools I’ll be posting in the next few days. Pitt is definitely in the mix. I simply haven’t decided if they will get an official or unofficial visit,” he said. “Academics are important to me.  Coming from Blue Ridge, I know what it means to be a student before an athlete. The style of play at a school will be important to me as well. The area and environment of the school will factor in as well.”

When asked about his strengths on the basketball court, he stated, “I think I bring versatility being able to play my back to the basket. I can shoot the mid-range perimeter shot.  A lot of people are surprised to see someone with my size have a perimeter game.”

Simms noted that his strong relationship with Coach Sutton has placed the Panthers on the forefront of his mind. He described their relationship as ‘father-son’.  He has previously stated that he has an affinity for the ACC conference as well. Pitt, Miami, Virginia Tech and Clemson may be in a four way race for the talented forward.

“I need to sit down and talk with my coach, but I will be putting out my top 5 or 6 within the next few days. I’m looking forward to learning more about the Pitt program.”