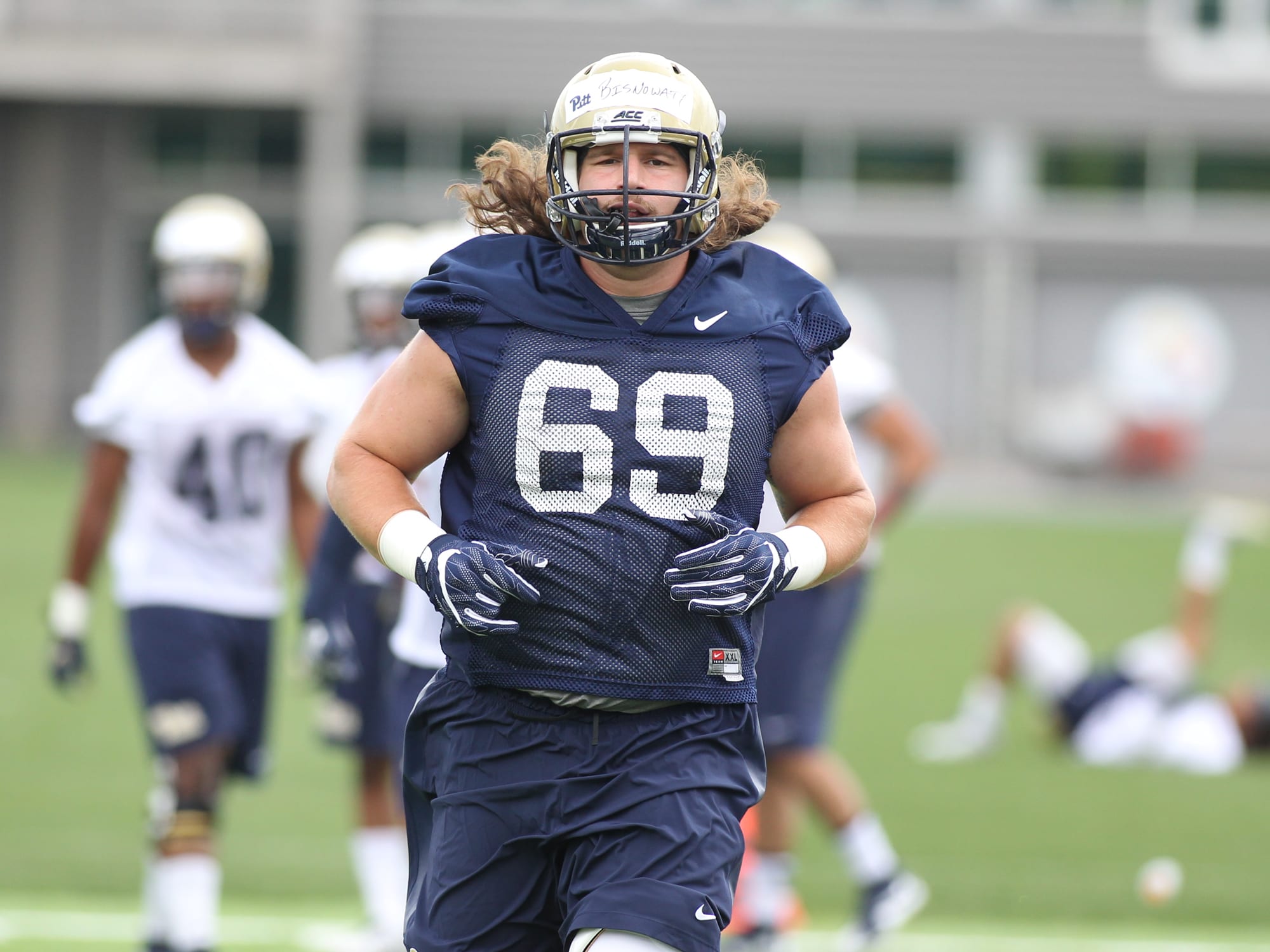 The captains were voted on by the team, and Narduzzi said that over 70 percent of the team voted for one of those there players.

“These guys have had an incredible attitude,” Narduzzi said. “They are great mentors, great leaders and care for each other.”

All three players played their high school football in the WPIAL, and there is a deep sense of the history of being selected as one of Pitt’s captains. The players will be joined by a fourth, honorary captain, selected from Pitt’s history, in each game.

“It’s truly and honor to be selected,” Bisnowaty said. “We’re fortunate to have great leaders on this team. I appreciate the honor.”

“To be selected as a leader amongst your peers is very humbling and flattering,” said Price, a sixth-year senior that missed three consecutive seasons with injuries, who admitted that there were times when he doubted whether or not he would be able to finish his football career at Pitt.

“Any time you’re in a situation like that when you’re out three straight years and not playing football, some doubt is going to creep in there,” he said. “But just being around my guys and the bond we have — just as friends, not even as teammates — that kind of kept me going and kept me with the program because I would never want to leave them.”

Price rebounded from injuries to record 11.5 sacks and was selected to the All-ACC first team by the league’s coaches.

Ejuan Price works out during the first practice of the season (Photo credit: David Hague)

Conner, who is a junior after taking a medical redshirt in 2015 due to his knee injury, was not at the event, which also honored the team’s 19 seniors.

“He’s gone through a lot of adversity,” Bisnowaty said. “James has gone through something none of us have gone through — fighting a life and death situation. That’s an inspiration not to only our team and our city and our country. He’s a great football player and we’re excited to get him back on the field.”

PENN STATE ON THE MIND

Chancellor Dr. Patrick Gallagher mentioned the upcoming renewal of the rivalry with Penn State in his remarks, calling the game a “marquee sporting event … hopefully for many more years to come.”

Pitt and Penn State are currently scheduled to play a four-game series through 2019, but no future games have been scheduled.

Narduzzi has had the 2016 game on his mind as he prepares for the start of the season, and it’s clearly on the minds of his fans, as well.

“I must have signed 1000 autographs [at Fan Fest Thursday] and 998 of them said, ‘You gotta kill that team,’” Narduzzi said. “You know who I’m talking about. It wasn’t Villanova.”

Speaking of Villanova, athletic director Scott Barnes said that the team now has over 63,000 tickets out for Pitt’s home opener. He also updated the student season ticket sales, which are now over 11,000.

Pitt vs. Penn State to be Known as ‘Keystone Classic presented by Peoples Gas’