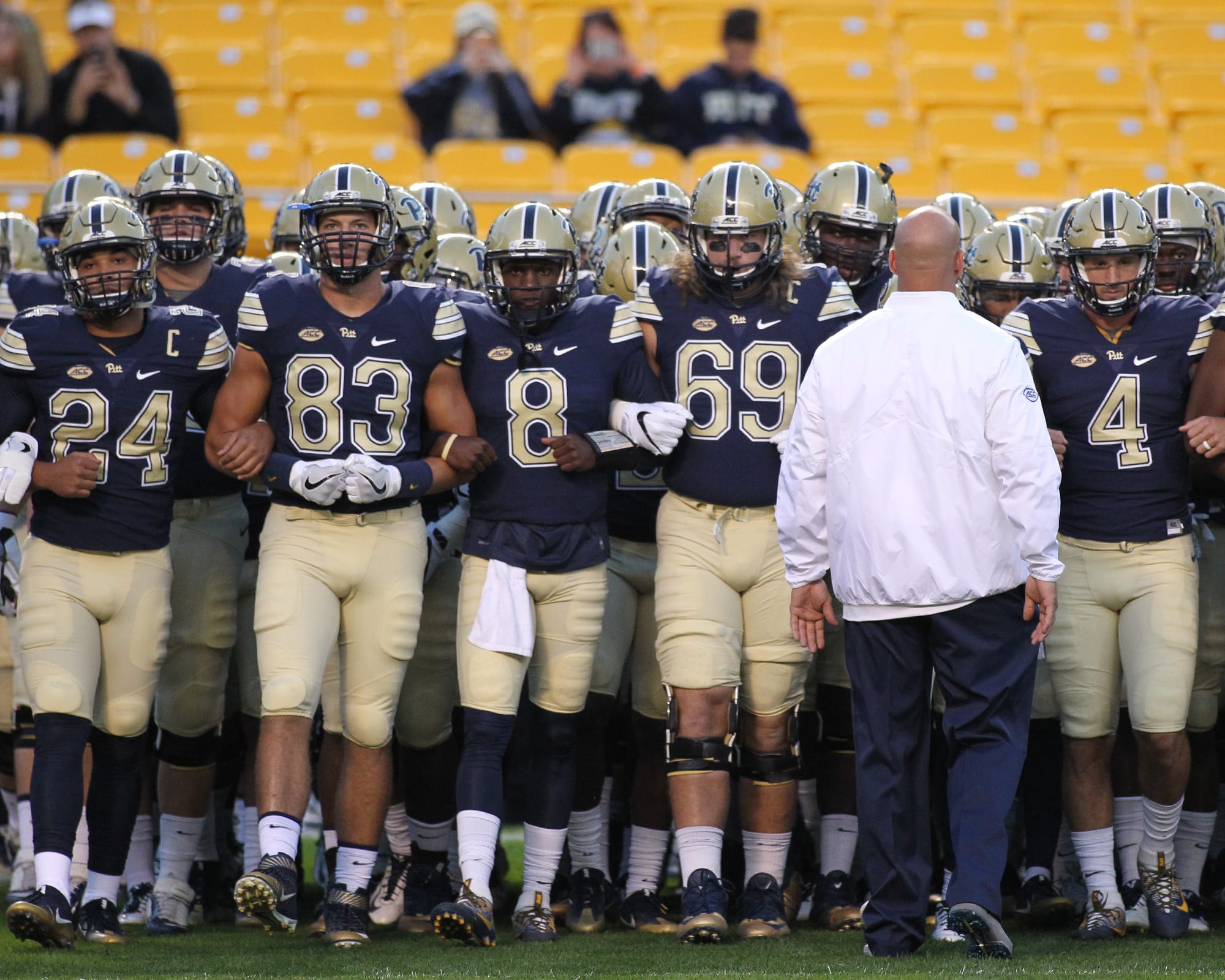 PITTSBURGH — Pitt’s 43-27 victory over Marshall on Saturday hinged on a few big plays. After Pitt was able to build a big first half lead, the Thundering Herd fought its way back into the game with an onside kick and a long pass play. Later in the game, Pitt was able to surprise Marshall with a long pass of its own to Jester Weah on a third down to put the game away.

Let’s take a look at the tape.

We’ll start with the special teams play that really turned things around for Marshall after their first touchdown. Marshall came out with an unbalanced front with players in two groups, one to the short side of the kicker and the other right in the middle of the field. That left one player split to the far wide side of the formation.

Pitt shifted the majority of the first line of the kick-return team off to its right, leaving just Dennis Briggs one-on-one at the top.

Even more frustrating for Pat Narduzzi was that Pitt had seen this look from Marshall in the past and were prepared for it, Briggs just didn’t execute.

“We worked on it and we thought they would kick it over that way,” Narduzzi said. “We didn’t make a play on that. They had that one guy flexed out there with four guys in tight and one guy out there. It was something we talked about but didn’t execute properly.”

It would have been legal for Briggs to just lay out the receiver and let the second wave of Pitt players come up for the ball, or he could have retreated and tried to catch the ball. Instead, he froze and let it sail over his head

After Pitt responded with a field goal at the end of the third quarter, Marshall fought right back with an 83-yard touchdown pass from Chase Litton to Michael Clark.

The play featured two wide receivers on the left side of the offensive formation, with linebacker Seun Idowu, safety Terrish Webb and cornerback Ryan Lewis all on that side of the field. Pitt was in its usual “Quarters” coverage, which means that each defensive back is responsible for a deep zone the width of 1/4 of the field, with the three linebackers covering underneath routes.

The Marshall receivers crossed shortly after the line of scrimmage, putting Clark, the outside receiver, on Webb. Here’s the play.

As you can see, Idowu reacted to the running back quickly, which took him too close to the line of scrimmage to help. Similarly, both Lewis and Webb bit on the underneath routes (a slant from Clark and an out from the slot receiver) and neither was able to stay with their man, even though they did correctly pass the receivers to one another.

Narduzzi said that after the game that it was poor coverage by Webb, but also that he wished his team had been in a different defense.

“Probably the biggest disappointment was the switch route they ran on the two-play series,” Narduzzi said. “That can’t happen. It didn’t happen all day. We’ve got to try to remedy that.  I didn’t like the coverage we were in. … During the week, we had played a little bit of a different coverage to it. Our backers really double teamed him with the corner.”

What Narduzzi was suggesting was to have Idowu line up over the slot receiver instead of in space. That would let Webb play farther off the line of scrimmage and be able to diagnose the play. It would also have let both defensive backs react more slowly to the feigned underneath routes, with Idowu in place to make a play on a short pass.

With the game in the balance on a 3rd and 3 with 1:15 left in the fourth quarter, Pitt offensive coordinator Matt Canada made the decision to throw for the first down instead of running it. He came out in a three-receiver set with tight end Scott Orndoff also flexed outside the formation. Nate Peterman was back in the shotgun with a back as a sidecar.

The Marshall defense clearly expected either some type of run or a quick pass that would just be deep enough to move the chains. The Herd blitzed with seven men on the play, leaving every receiver in man-to-man coverage.

When Weah faked in inside cut, he got cornerback Chris Jackson to bite and Peterman delivered a perfect pass to the back shoulder. Weah broke Jackson’s tackle and scored.

Not only was Weah open, the Herd didn’t even bother to cover Orndoff, who probably could have scored, as well. They key to the play was how well the Pitt offensive line blocked the seven-man rush.

The depth of the shotgun gave the line time to analyze the pass rush and shift to the right, leaving the last linebacker on their left to running back Chawntez Moss. The protection gave Weah time to make his double move, and when Peterman released the ball, the last (unblocked) rusher was still five yards away from him.