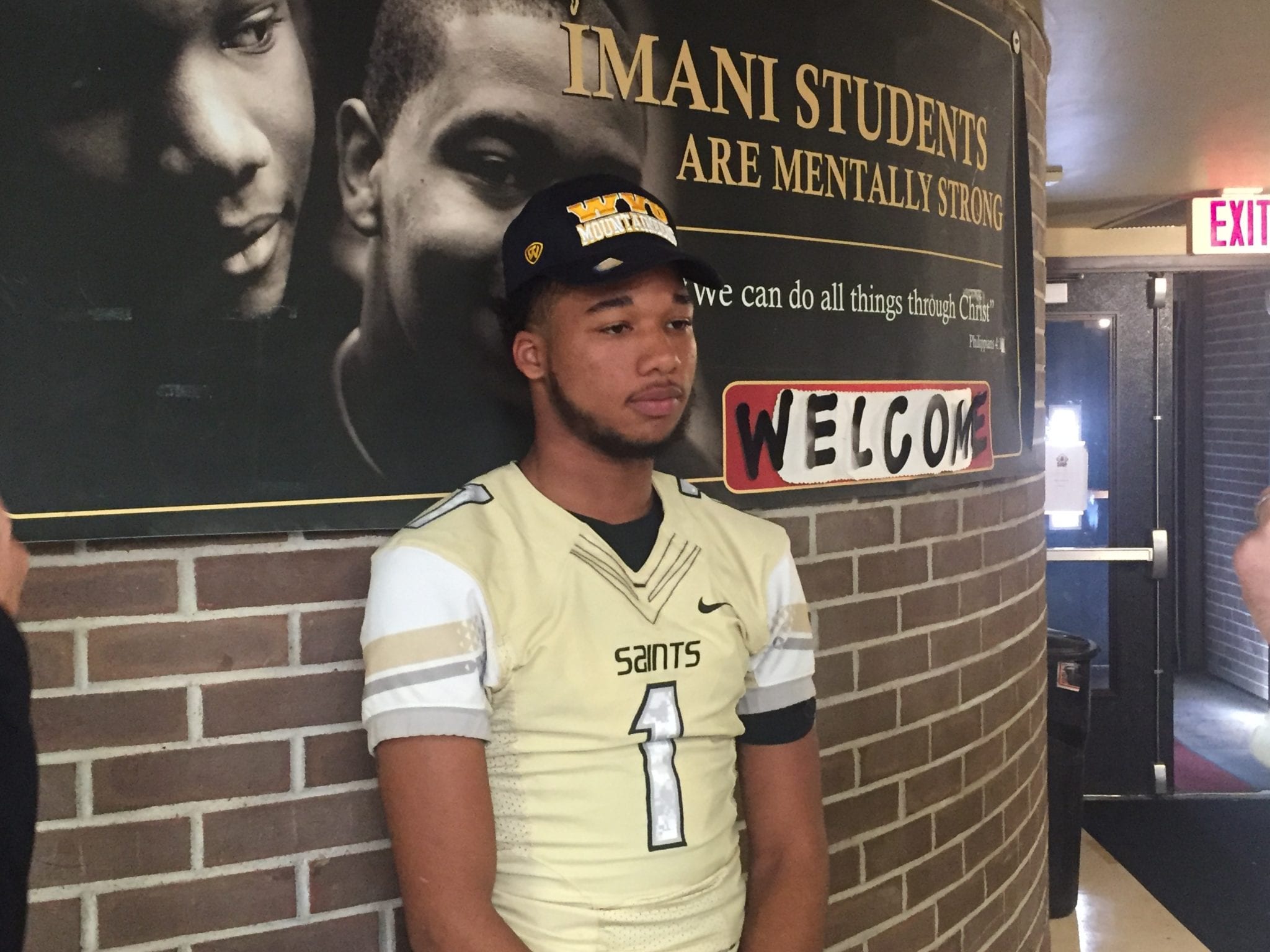 Robinson is a 6-foot-2, 200-pound senior that will enroll at WVU for 2017. He was also considering Pitt and Iowa State in his final three schools. The Mountaineers like Robinson for their “Spur” linebacker position, a cover-heavy position.

It seemed that geography was the biggest factor tipping the scales for WVU. Of Robinson’s Division-I offers, Pitt seemed a bit too close to home and Iowa State too far. You could call it a Goldilocks pick.

“I think it was just it felt like it was right. It’s close to home. It’s the place for me, it feels like. I fit in with the team, I get along with the coaches. I think that’s really the biggest difference right now,” he said. “It’s keeping me from all the stuff here — all the hostile [stuff and] all the people that’s doing bad here. It’ll keep me away from here, but also, I can come back and talk to my parents and get to see my family, things like that.”

Robinson grew up in Wilkinsburg, only going to Imani for his senior year. It seemed there was a desire both from him and his family to put some distance between his roots and his future as a student athlete.

“It was me and my dad that really went through it,” Robinson said. “He’s the biggest part of me right now. My dad is my best friend. Me and him talked about it. He liked West Virginia himself, because he went on one of my visits there. He had a big part in it.”

The other thing the Mountaineers had going for them when it came to recruiting Robinson was time. They were one of the first schools to offer him and defensive coordinator Tony Gibson was able to build a long-term relationship with Robinson.

“I have a good relationship with Coach Gibson. I talk to him a lot,” Robinson said. “Me and him have been building a relationship since I was a sophomore. He was the first one to come here. He was the one that came to the school to offer me.”

Robinson also cleared up a few things that didn’t matter to him. He was being recruited as a wide receiver, safety and a linebacker by different schools, but he said what position he was being asked to play was never a factor.

He also said this year’s hot start by WVU — they are 6-0 — had nothing to do with his decision, either.

“I finally made the decision a couple of weeks ago,” he said. “I feel really strong about them over there. They’ve been with me through the whole process since I was a sophomore. I really feel strongly about them. … Honestly, this season didn’t have anything to do with it. I haven’t even gotten up to game yet or even been able to see a game. It’s just the love there. I just feel like that’s what it was.”