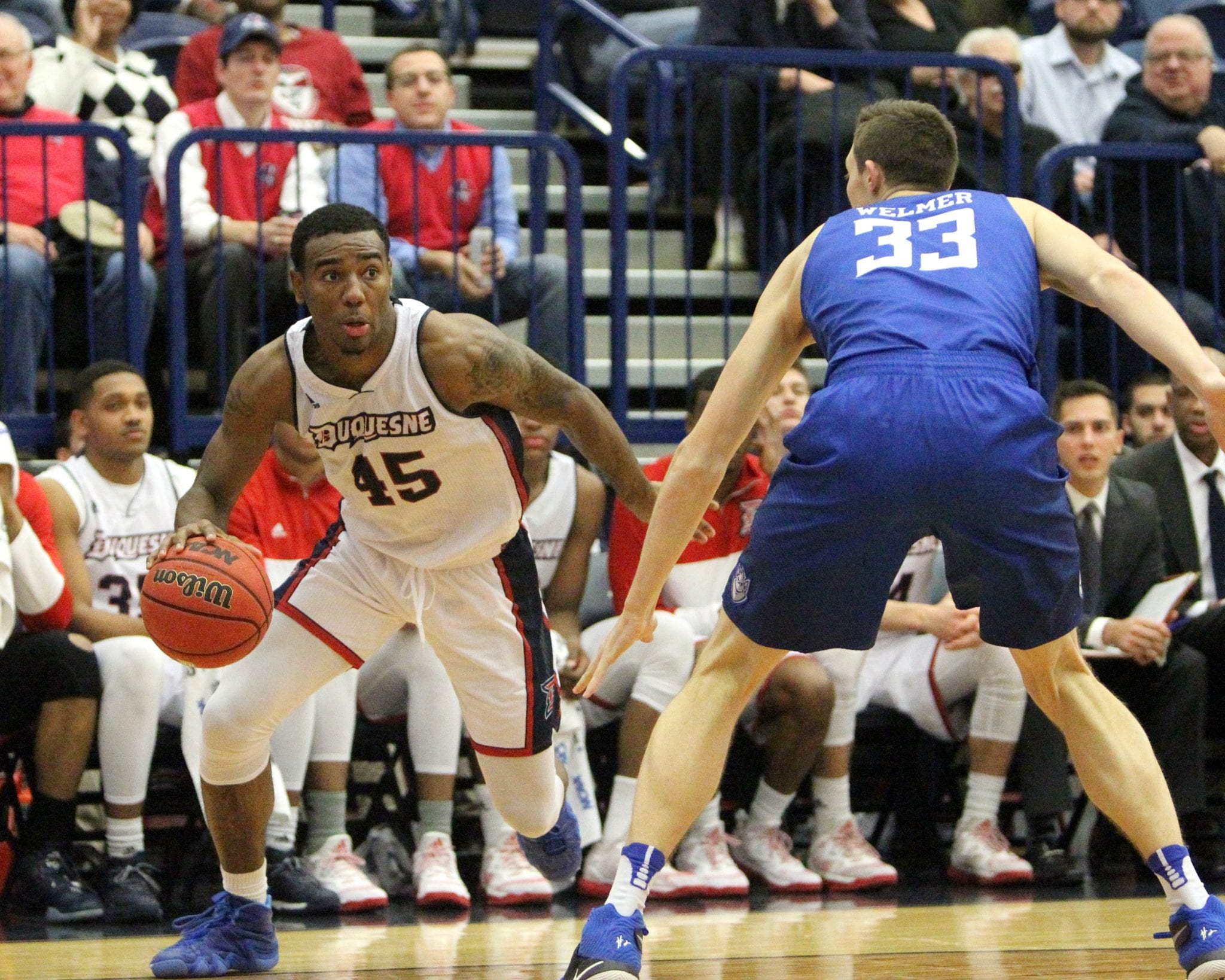 While the 2016-17 Duquesne men’s basketball team might not be getting as many wins as they’d want, there are positives that will be taken from this season.

The biggest thing that Jim Ferry has found out is that he has a couple of players that he’ll be able to build around for the next few seasons.

One of those players is freshman Isiaha Mike, who for the third time this season has been named the Atlantic 10 Rookie of the Week.

Mike also won the freshman honor back on December 12 and December 26. Since teammate Mike Lewis II has also won the honor three times, this has tied the Duquesne school record for most honors in a season (6), something which previously happened in 2007.

David Saba from Duquesne also points out that Lewis (12.9 ppg) and Mike (10.9) have a chance to become just the second freshman teammates in school history to average double digits since Bruce Atkins (13.8) and Doug Arnold (10.7), who accomplished that back in 1978-79.

‘Lack of Toughness’ By Dukes In Blowout Loss to Rhode Island