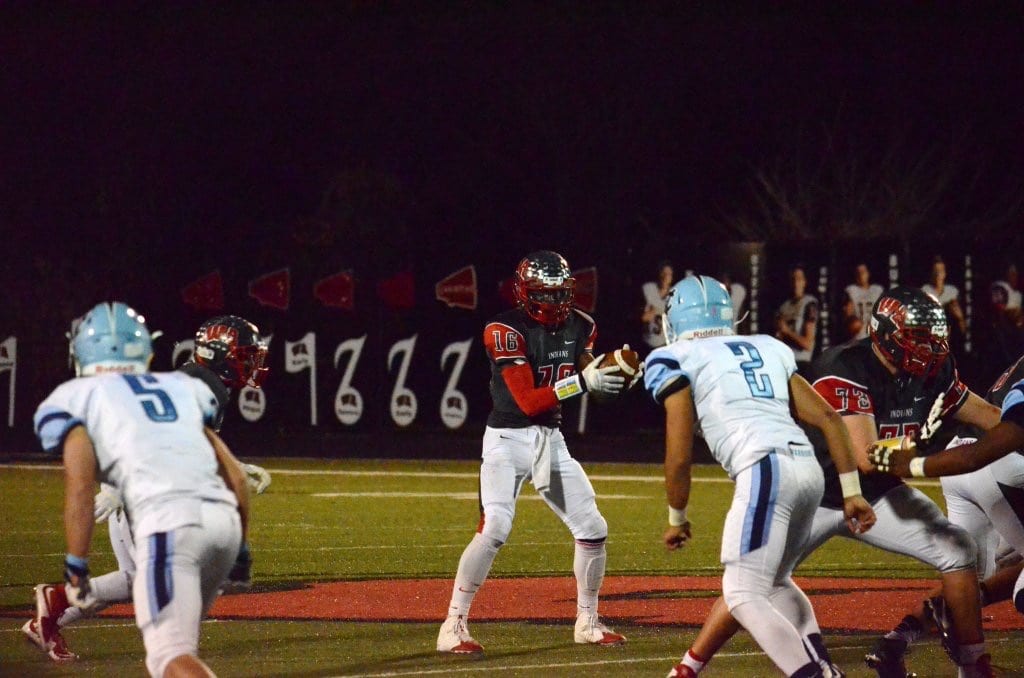 In a move that will shake up both 6A and 5A, one of the top players in the WPIAL, West Allegheny’s Kenny White, has officially moved out of the district with his family and relocated to Pine-Richland where he is now enrolled.

Last season, White helped the Indians capture their eighth WPIAL title, defeating McKeesport in an instant classic. On offense he led the team in rushing with 1,313 yards and 19 touchdowns while defensively he developed into one of the top cornerbacks in the area. White currently holds offers from Iowa State and Howard University.

This transfer is obviously a huge get for Pine-Richland. Despite much promise heading into last year, the Rams stumbled down the stretch after quarterback and Notre Dame commit Phil Jurkovec was lost with injury. The Rams would eventually lose in the 6A semifinals to Central Catholic. With Jurkovec back along with Raymond Falcone and Jordan Crawford, Pine-Richland was already one of the favorites to win the 6A WPIAL title in 2017. Now with White playing both running back and corner for the Rams, they are the prohibitive favorites in 2017.

This seems like a huge loss for West Allegheny, but it is not as big as you think. Although White is one of the most talented players in the WPIAL, the situation had become very toxic. It seems this break up will be best for both parties, but a hearing with the WPIAL could still result.

As for a replacement at running back, the Indians don’t have to look far too in senior Will Weber, who rushed for 471 yards and 10 touchdowns last year. It will be much harder to find a replacement at corner, however, as White is one of the best. The loss of White will hurt the Indians’ chances at repeating in 2017, but, as we’ve see no in the past, Bob Palko almost always finds a way to get the job done.