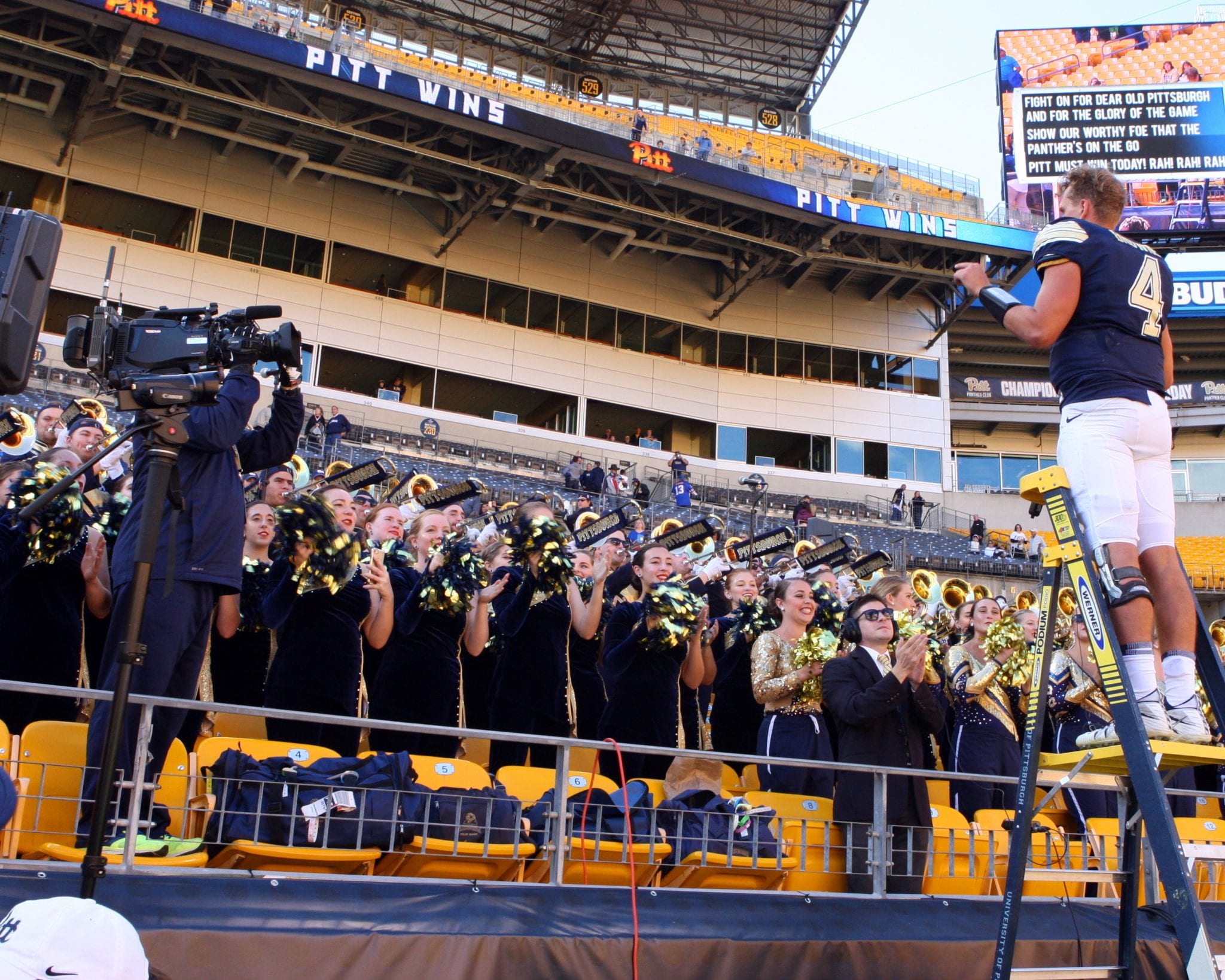 A win is a win right?

At this point, that’s the way the Pitt football team must look at things. Although I hesitate phrasing it like that because, in a way, that discredits how the Panthers performed in today’s 42-10 win over Rice.

For three quarters, Pat Narduzzi’s team played like the three touchdown favorites that they were entering today’s game. Bottom line is when the coaches review the tape tomorrow they’ll see more positives than negatives.

Max Browne entered college as a 5-star quarterback and today he looked like one. Narduzzi decided to go with Browne over last week’s starter Ben NiCucci and the moved paid off. Browne finished 28 of 32 for a career-high 410 yards and a career-high 4 touchdown passes.

Browne only had 4 incomplete passes and 3 of those were dropped passes. For the first time this season, fans were able to see Browne’s strong arm and touch as offensive coordinator Shawn Watson had Browne throwing down the field. Like he was last year, Jester Weah was the deep target. The Browne-Weah combination hooked up 5 times for 137 yards and a touchdown.

The bottom line with Browne is that if he’s given time, he’s a good quarterback and can make all the throws. If the offensive line is unable to protect him, Browne will struggle.

The question is, can the Panthers coaches come up with a scheme that will allow Browne the time he needs to be successful?

Aside from the three drops, Pitt receivers had their best game of the 2017 season. Ten different players were on the receiving end of passes from Browne. Weah caught five passes, Rafael Araujo-Lopes turned in another solid game with five catches for 72 yards, sophomore Aaron Mathews stepped up with four catches, Chris Clark caught a career-high five passes, and Chawntez Moss, Quadree Henderson, Maurice Ffrench, Qadree Ollison, Matt Flanagan and Darrin Hall also got in the receiving party.

The biggest development with the receivers is that for the first time this season, Weah looked like the receiver we saw in 2016. Aside from a drop on a deep pass, Weah made a few deep, acrobatic catches that this offense will need if they’re going to continue to put up points and contend in the Coastal Division.

Araujo-Lopes is also looking like a player that can be counted on and that’s developing a nice chemistry with Browne.

The biggest take I have from today is that the Panthers defense only gave up 10 points. After criticizing them for the last couple of years for never stopping anyone, give them credit when they only allow one touchdown.

Of course fans would like to see more splash plays but if the talent is really there it’ll come eventually.

It’s hard to look at many positives when the team isn’t winning but I believe Jackson is quietly turning into a solid cornerback and a player that has a bright future. The opposing quarterbacks seem to be targeting him a lot but for the most part, I think he’s represented himself pretty well.

The only thing negative I took from today and it’s a big thing is the continued struggles of the offensive line. I’m not sure if everyone is healthy or what the exact problem is but it was concerning to see them getting physically beat by the Rice defensive line.

From here on in, Pitt plays ACC opponents and if this line doesn’t improve, it’s going to be real difficult for them to win.

Browne is a player without much mobility so if he’s not given time, he’s likely to struggle.

Not only has the pass blocking been below the line, the usually reliable run-blocking has been poor as well. Ollison and Moss, Pitt’s top two backs, were only able to average 2.2 yards/carry. Moss had a team-high 14 carries but was only able to collect 22 yards and that was with a long run of 11 yards.

The holes to run through weren’t there and they haven’t been there this season for Pitt running backs.

Yes, Adam Bisnowaty and Dorian Johnson graduated but it’s surprising that the starting unit has struggled this much in 2017.