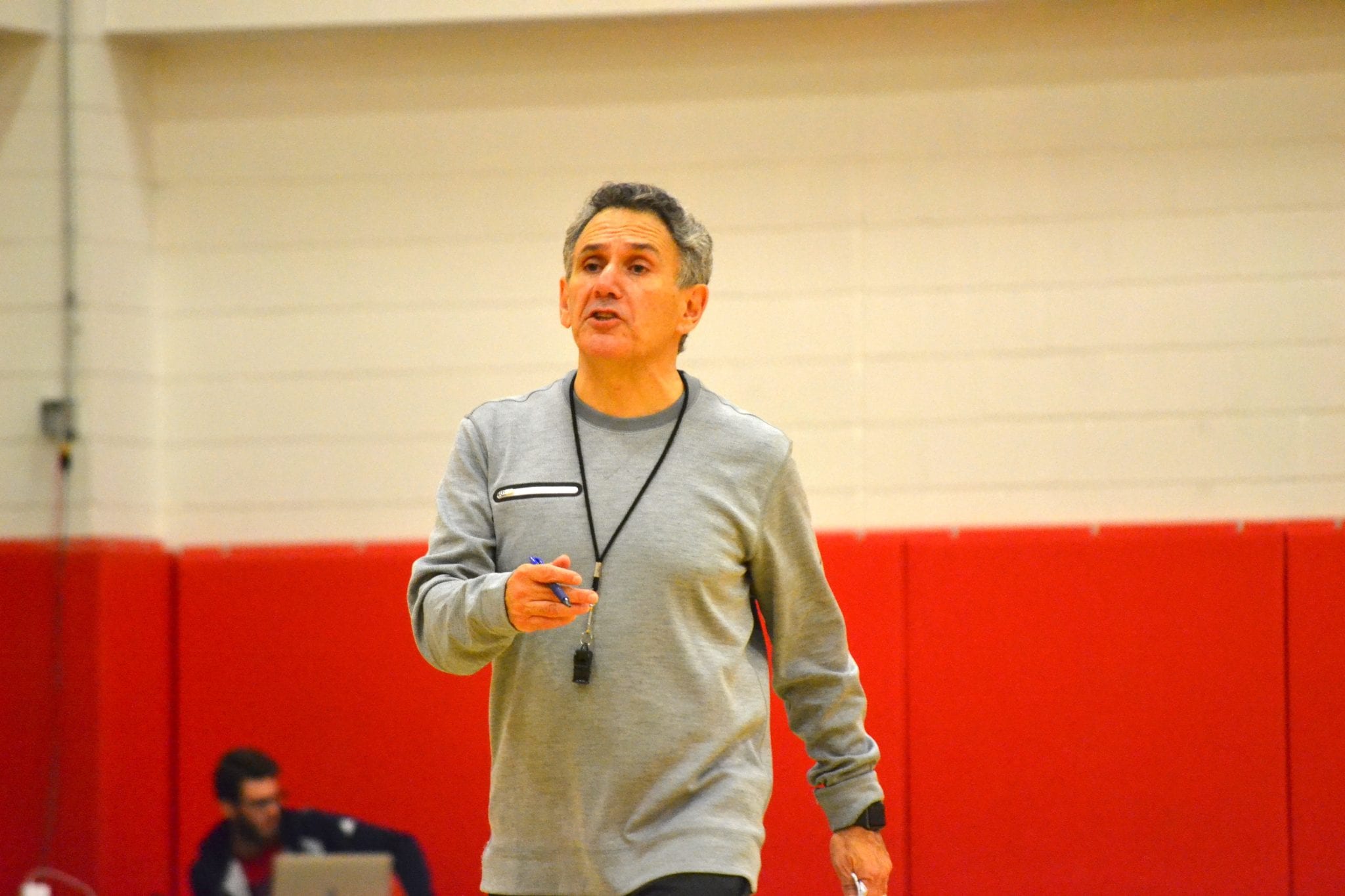 Duquesne University eliminated its Division I varsity baseball team in 2010. It was one of four sports cut by then-athletic director Greg Amodio in a cost-cutting move that was deemed necessary if unfortunate, in order to keep the remaining programs competitive.

The lack of a baseball squad didn’t stop the Dukes from hitting a home run in a different sport in 2017, with Amodio’s successor, Dave Harper, hiring a top-flight head coach in Keith Dambrot that believes he has the wherewithal and the financial backing to turn Duquesne into a consistent winner for the first time in four decades.

“They got the best possible candidate they could have possibly gotten there,” CBS Sports analyst Matt Norlander said. “For Duquesne to land Dambrot, that’s a big-time win.”

Of course, that’s a story Duquesne fans have heard before. The last head coach to make the NCAA Tournament from The Bluff was John Cinicola in 1977. Since then, Mike Rice, Jim Satalin, John Carroll, Scott Edgar, Darrell Porter, Danny Nee, Ron Everhart and Jim Ferry have spent a combined 40 years trying, failing, and for the most part, not even coming close. Only Rice and Everhart left the school with a record better than .500.

When Ferry was fired in March after five seasons played at a .382 clip, it was a somewhat controversial decision. Not because Ferry had piloted much success on the court, but he was generally a well-liked figure and had spent most of the season playing a pair of top-flight freshmen in Mike Lewis II and Isiaha Mike.

Then was also another factor: Who would take the job?

While Duquesne fans may remember the glory days, to a potential coaching candidate, Duquesne is a school in a tough conference that had just showed its eighth consecutive coach the door without ever cutting down a net.

Hiring a coach that could make an impact was no easy feat for Harper. But the biggest hurdle wasn’t finding the right coach. It was getting the Duquesne athletic department ready for a coach like Dambrot to want to coach the Dukes.

“The institution was not prepared to answer the critical questions for a successful coach to come here,” Harper said in an exclusive interview with Pittsburgh Sports Now. “A coach, when they looked at Duquesne, they’d say, ‘Everybody’s gone there and failed. Why is it going to be different this time? What leads me to believe it’s going to be different.?’

“We had to make sure that when you look at the critical elements from the competitive operating standards in the league, to budgets, to marketing, promotions, all down the line. Are we prepared to swing punches with the other programs and give ourselves a chance to compete? Those were the things we talked through in detail.”

It’s a process that actually started back in 2010 when Amodio slashed the number of programs the school offered. The plan, started then, and continuing to this day, is to put men’s basketball at the lead of Duquesne’s athletic depart, to give that team all the resources it needs to be successful and to let that team’s success lead the rest of the athletic department forward.

“The lack of success in the lead sport in the conference can be dispiriting,” Harper said.  “However, we have a lot of sports programs that were doing well and have done better recently. I think if you’re successful in men’s basketball and your brand is positioned in the (Atlantic 10), it’s something that is a pulling force for everything else, because not only do you have more revenues that you can add to the operating budgets for other programs, but now your name is on TV more. The institution is positioned differently. It can really be that pulling force for all of the other programs.”

A young fan rooting for the Dukes. — DAVID HAGUE

The combination of an athletic department that was committed to winning in men’s basketball, in a league where men’s basketball is the featured commodity, is what inspired Dambrot to believe that he could be the one to bring a winner to the A.J. Palumbo Center.

“They’re basketball-first programs,” Dambrot said. “That’s the difference between the A-10 and a lot of other leagues. There’s no division of assets. It’s basketball, more basketball and more basketball. I think that’s what makes this league special.”

Dambrot’s success building a winner at Akron has taught him that any school, in any situation, can be successful, but despite other’s failures, he sees structural reasons for success at Duquesne, not the other way around.

“I’ll ask the reverse question here. Why shouldn’t Duquesne be good? We have support from the top. We have, arguably, the best city in the league. It’s the third-best job market in the county for college graduates. The people here are great and then we have a great academic institution. Why shouldn’t Duquesne be good? We shouldn’t have any excuses not to be good. The only thing that hasn’t happened here is that we haven’t won in 40 years. People automatically think that the status quo will remain the same.”

But that doesn’t mean Harper and Dambrot are expecting 40 years of history to turn on a dime. For Harper, getting the athletic department into shape for a coach like Dambrot to sign on the dotted line was akin to a coach landing a five-star recruit. But no one hands out championship rings for great recruiting classes.

“We’ve got a ton of work to do still,” Harper said. “Just to think that you hire a coach and you’re done is a bad mistake. That’s a critical part of it, but when we do get fans back, what are they seeing? Do they like the characteristics that they’re seeing from the program? Do they like the experience they have?”

Harper is also aggressively fundraising for a planned remodel of the 30-year-old Palumbo Center. There’s nothing functionally wrong with the building that seats 4,400 and has more than a few modern amenities, but if Harper’s plan for the basketball team to rise the other program’s have is to work, the building needs to be more than functional. It needs to be a place where memorable experiences are created.

That’s going to be complicated in the 2017-18 season by a Dukes squad that was picked to finish last in the Atlantic 10 and has five transfers sitting out the season.

“Are we going to have a great team? No, probably not,” Harper admitted. “It’s the first year. It’s a transition. Hopefully, we’ll have enough healthy players to get through the year.”

In a way, that’s a sign of two-way confidence in the plan. Harper knows that Dambrot’s team may struggle out of the gate, but he is still hitching his greater plan to the basketball team. Dambrot knows that Harper is committed to him, regardless of what happens in his first year.
“Four-year guys is the key to the whole thing,” Dambrot said. “We want four-year guys, to be bigger, stronger, smarter. … I’m secure enough to build it the right way. I’ve done it the right way at Akron. We only took two junior college kids in 13 years.”

Much like Harper, Dambrot’s biggest job will be recruiting. He has proven himself to be a talented basketball coach. But that won’t mean much if he’s not able to bring in high-level players. If hiring Dambrot was the first big job for the university, Dambrot bringing in talent is the second.

“When LeBron went to Cleveland, Cleveland got good, right?” Dambrot said. “The same thing is going to happen here. If we get good players, Duquesne is going to be good and it’s going to be fun to watch.”