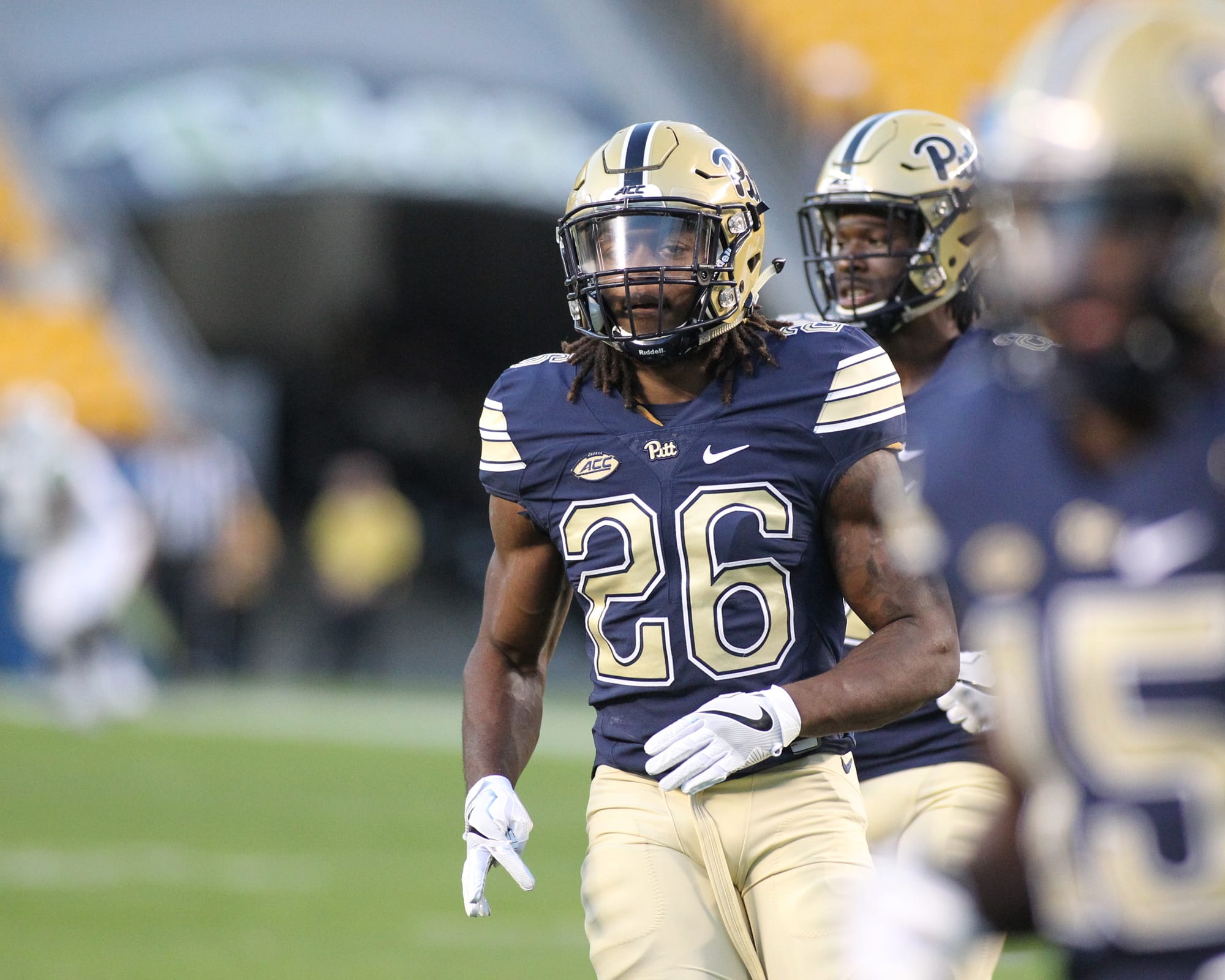 As was reported this morning, running back Chawntez Moss is no longer a part of the Pitt football program.

This is disappointing because, as we saw last year, Moss is a talented back and can be argued that he was Pitt’s best back in 2017.

This morning following the news, PSN was the first media outlet to interview Moss about what led to his departure from Pitt.

Pit quarterback Ben DiNucci (3) hands the ball off to running back Chawntez Moss (26) during the second quarter of the game against the OK State Cowboys. — MATT DURISKO

According to Moss, this decision is a byproduct of him getting suspended during the season. To make a long story short, when Moss was suspended by Pat Narduzzi, he was told that if he did what was asked of him, he would be reinstated and things would return to normal, which included his playing time and spot on the depth chart. However, Moss says he did what was asked of him and it became clear he wasn’t going to get back on the field again for Pitt.

”I came off suspension and wasn’t really playing any,” Moss said. “I felt like I did enough during the suspension to be able to play but me and Coach Narduzzi weren’t seeing eye to eye.”

I asked Moss if at any point following the suspension if he approached Narduzzi about why he wasn’t getting playing time when he was previously told nothing would be held against him.

”When I returned for the North Carolina game, I got one carry and then the game after that I didn’t get anything,” Moss answered. “After that, I just asked him what’s going on and he explained that I wasn’t getting any carries because I was selfish and stuff like that. Then over time, he told me to find someplace else to play.”

I asked Moss what his emotions are today now that all of this is official.

“I’ve made some really good friends at Pitt, some real brothers,” he said. “It’s tough because Coach Narduzzi and Coach Powell have both been telling me since I got there that I was the best back there.

“I hear that and then I only start one game this year and then when I’m able to play, I’m hardly ever used. As a player, I understand that you don’t want to come across as selfish but if I’m told that by coaches and I’m sitting on the sidelines and we’re losing, how can you expect me not to be upset,” said Moss.

Since Moss played his first two years, he’ll be able to redshirt next year and still have two years of eligibility remaining.

“My decision process from here on our is from anywhere to anywhere,” he said. ‘To be completely honest, I’m looking for any program that will give me an opportunity. I know I’m going to have to sit next year and I’m OK with that. All I want now is an opportunity.”

UPDATE: Where does Pitt go from where when it comes to replacing Moss? Alan Saunders has more:

How Will Pitt Replace Chawntez Moss?