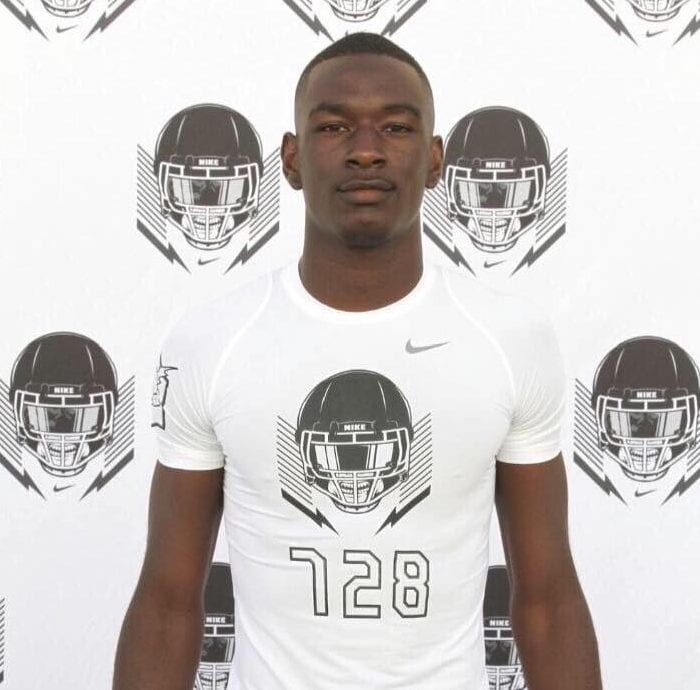 Kentucky is no longer actively recruiting wide receiver Shocky Jacques-Louis, according to a report from SEC Country.

Jacques-Louis, a Florida native and Pitt target, originally committed to Kentucky in April, but after receiving offers from Louisville, Michigan State, Tennessee, Pitt and Michigan in May, de-committed from the Wildcats in June.

In August, he committed to Tennessee, but then de-committed on November 12 after Volunteers head coach Butch Jones was hired.

On December 12, Jacques-Louis announced that his top three choices were Pitt, along with Kentucky and Tennessee.

With Kentucky seemingly out of the picture now, it could be a two-school race between Pitt and the new Tennessee coaching staff under Jeremy Pruitt and offensive coordinator Tyson Helton, who came to the school from USC.

Jacques-Louis visited Pitt on Dec. 1 and told Pittsburgh Sports Now afterward that he enjoyed the experience.

“I definitely feel like a priority for them as a possible future receiver for them by the way they’re recruiting me,” he said.

Jacques-Louis is expected to announce his decision on Wednesday at 6 p.m.