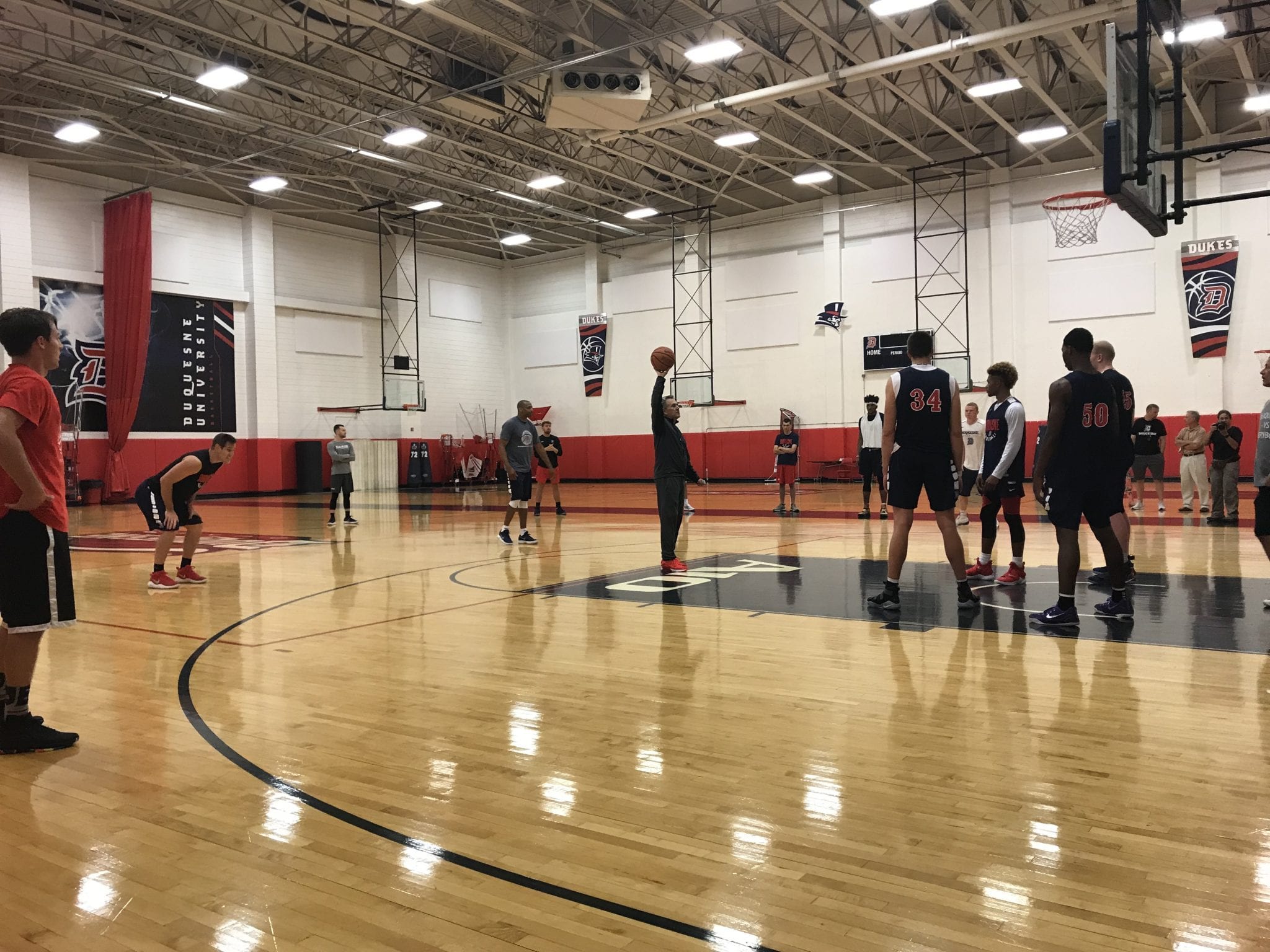 PITTSBURGH — The high temperature on Wednesday was near 90 degrees, but despite summer maintaining its grip on the region’s weather right through the end of August, it was the start of basketball season on the Bluff, as the Duquesne Dukes had one of their first official practices since returning from their summer break Wednesday morning.

Head coach Keith Dambrot split up his forces into two groups, putting one of his two returning regulars — guards Mike Lewis II and Eric Williams, Jr. — on separate squads. Williams worked with seven of the team’s freshmen, while Lewis partnered up with the five players that sat out in 2017-18 due to transfer rules, along with one more addition.

Freshman center James Ellis was able to practice Wednesday, though he won’t be able to do so regularly during the 2018-19 season. Ellis, a Westinghouse grad, will be sitting out the year for academic reasons, but the 6-foot-11 center was able to put in some work this summer.

Keith Dambrot spent most of Wednesday’s efforts working on getting the team’s man-to-man help defense into order. The Dukes finished fourth in the 14-team Atlantic-10 in scoring defense last season, averaging 70.2 points against per game. Their field goal percentage defense ranked ninth at 43.4 percent.

Here’s video of the Dukes working out in their practice facility at the Palmubo Center on Wednesday.