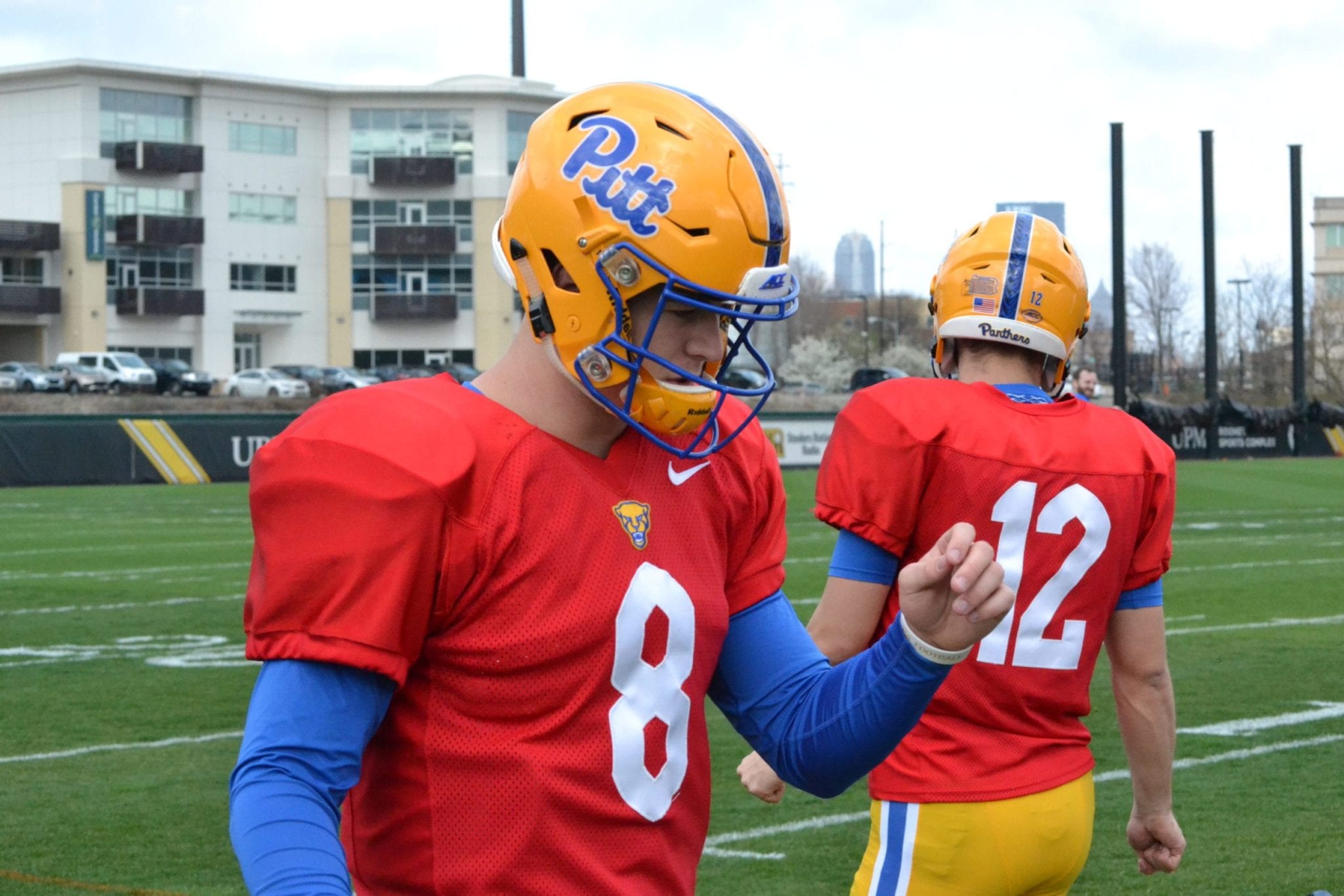 Throughout spring practice, it has been apparent that Whipple will be using the passing game a lot more than Pitt did the whole 2018 season.

The wide receivers, the tight ends and even the running backs have been used in the passing game in drills during the course of the first 13 spring practices.

Pickett has and will have a more active role in the offense this upcoming season and he believes that Whipple has excelled at being able to play to individuals certain skillsets.

“Versatility, using our strengths, you know, what do guys do best and getting them the ball that way, that’s been the biggest improvement I think and its showed throughout these practices so far,” Pickett said after practice on Tuesday.

This offense will undoubtably look different than Pitt’s one-dimensional, run-first offense that the Panthers used extensively during the 2018 season.

During his time at UMass, Whipple was effective at being able to both run and pass the ball. That type of balanced offense is something that Pickett has definitely noticed throughout the spring practices and is something he is looking forward to as the 2019 season comes around.

“Yeah, definitely more balanced, there is more versatility,” Pickett said. “I think you are going to see more different schemes, and different sets that we will be running out of, we are going to give a lot of people some trouble.”

Heading into the spring game this Saturday, Pickett believes that the competitive attitude Whipple has brought to Pitt has not only positively impacted himself, but has also had a positive impact on the entire team as spring practice comes to an end.

“I just like competing honestly,” Pickett said. “That is the biggest thing, this spring that coach Whipple has brought is a more competitive edge to us. Like in practice today, we had to go live in a period because we were going at it. That’s when I think the game is the most fun. When you are talking a little trash, having some fun, flying around and I think that made us (offense) better this spring, and it made the defense better this spring.”

In his first three months since becoming the new offensive coordinator for Pitt, Whipple certainly has had an impact on Pickett on the field. Whipple really likes what he has seen from the junior quarterback so far through the 13 spring practices they have had together as a duo.

“He’s been good,” Whipple said after Tuesday’s practice. “He’s a hard worker, and a really good player. He has handled some tempo things, handled certain things with the cadence. We are starting to work on moving protections, some things that way so all of the guys have been engaged but I think he has taken a big step.”

We will be able to get our first true taste of what Pickett will look like in Whipple’s offense this Saturday, when Pitt hosts its annual Blue-Gold spring game at Heinz Field. The game is scheduled for 1 p.m.

Last year it was how he never threw a pick in practice, then he couldn’t throw for 10 yards against Clemson

Whipple is not the worry, Pickett is!