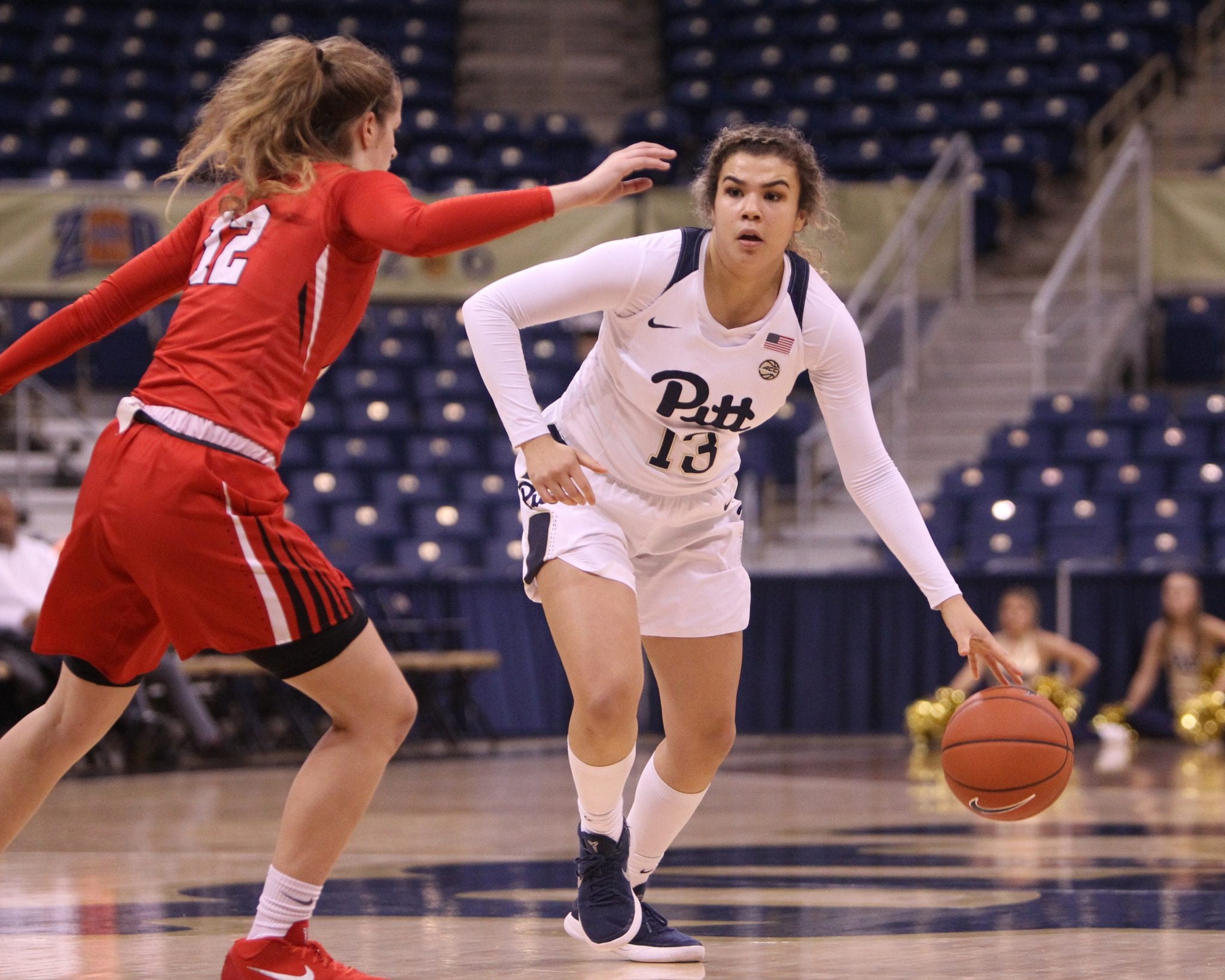 Pitt women’s basketball player Kyla Nelson has been diagnosed with cancer, she revealed on Wednesday.

Nelson, a 21-year-old junior from Worthing, England announced that she has been diagnosed with cancer of the appendix, specifically a neuroendocrine tumor of the appendix.

She is scheduled to undergo surgery at the beginning of October. The tumor was discovered during a seemingly routine appendectomy on Aug. 26.

“Cancer is a scary word for anyone,” Nelson said in a press release. “I feel very lucky that the discovery was made at this early stage. I am grateful to be surrounded by such an amazing medical institution like Pitt and a team that is loving and supportive. My roommate has been great and I also have a family I can lean heavily on, even with the long distance between us.

The 5-foot-11 guard says she anticipates returning to the court for the Panthers this season.

“My focus after surgery is full recovery,” she said. “I feel physically well and aim to get back on the court to help this team achieve all of our goals for this season as soon as possible.”

“Although this situation is very unfortunate for Kyla, we are happy to know the prognosis is positive and we were able to catch it so early,” second-year head coach Lance White said. “We have the upmost confidence in the UPMC medical team as well as our doctors and athletic trainers at Pitt.

“Our Pitt women’s basketball family and athletic department are completely behind Kyla and we will give her all the support she needs during recovery. We look forward to having her back on the court.”

In her first two seasons at Pitt, Nelson has played in 60 games while making 17 starts and averaging nearly 20 minutes per game. In 2018-19, she shot a team-high 40.4% from 3-point range and is Pitt’s second-leading returning scorer after junior center Cara Judkins.

Before her time at Pitt, Nelson was the captain of Great Britain’s under-18 national team.

Pitt’s season will start on Nov. 1 with a home exhibition game against Pitt-Johnstown. The Panthers’ open their regular season at UCF on Nov. 6 and will have their home opener against Central Connecticut State on Nov. 11.

The Panthers will host City Game rivals Duquesne on Nov. 23, visit Penn State as part of the ACC-Big Ten Challenge on Dec. 5 and begin ACC play with a visit to North Carolina on Dec. 30.

Best wishes for a speedy recovery!