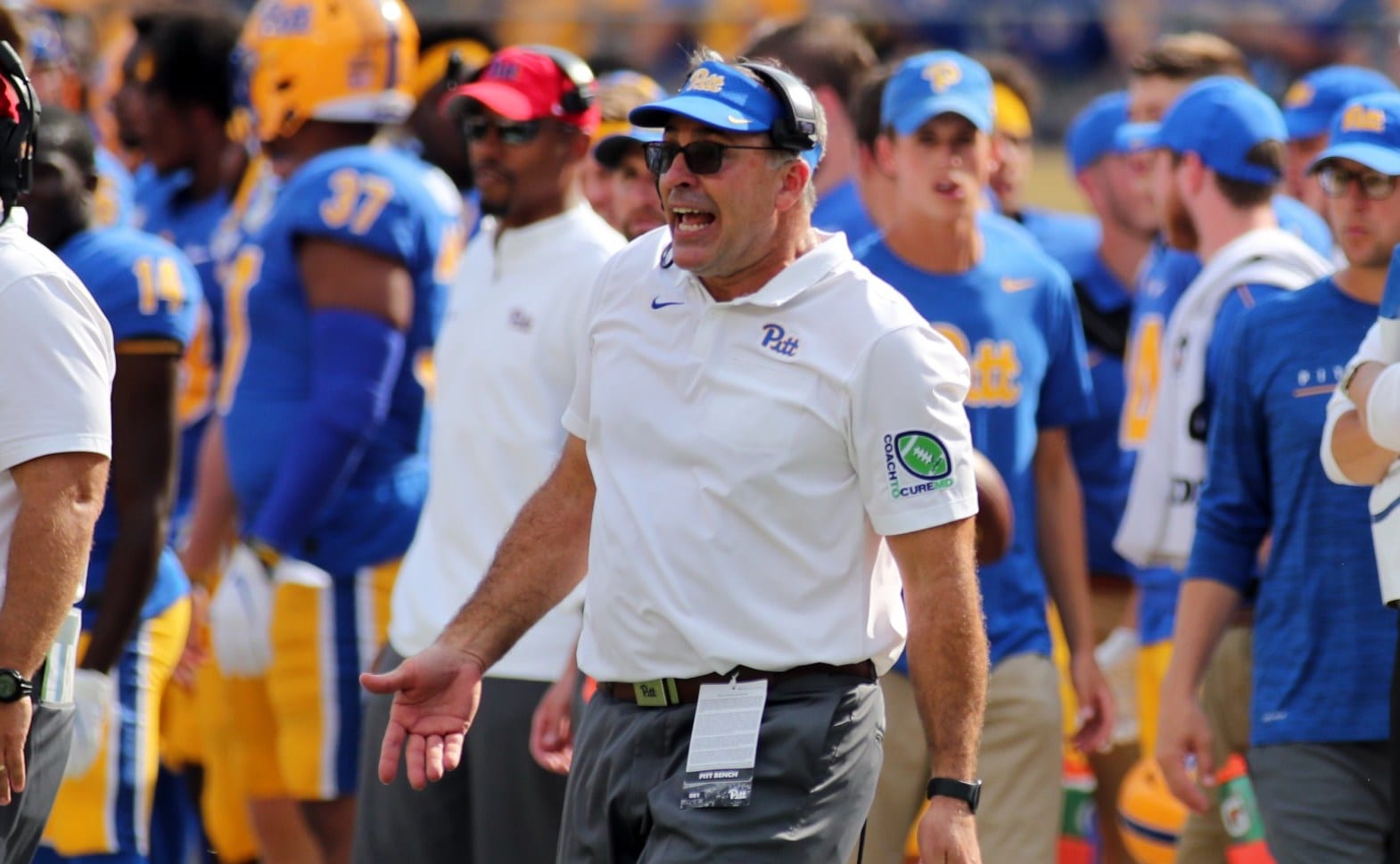 Narduzzi didn’t seem too thrilled when asked about it on Monday at his weekly press-conference.

“I signed a long-term contract here, a few years ago,” Narduzzi said. “My daughter is a senior in high school, she will be a freshman next year in college.”

Narduzzi has five seasons remaining on a seven-year contract extension he signed with Pitt in 2017. Pitt has not released his new salary and any potential buyout figures. Narduzzi received $3.21m in total compensation from Pitt during the university’s 2017-18 fiscal year, according to Pitt’s IRS 990 report.

Narduzzi has been at Pitt since 2015, when he became the 36th head coach of the Panthers after spending eight years as defensive coordinator at Michigan State. His overall record with the Panthers is 31-26. He is the eighth-winningest head coach in Pitt history.

Scarlet Knights to announce late this week that Scarduzzi is a done deal.