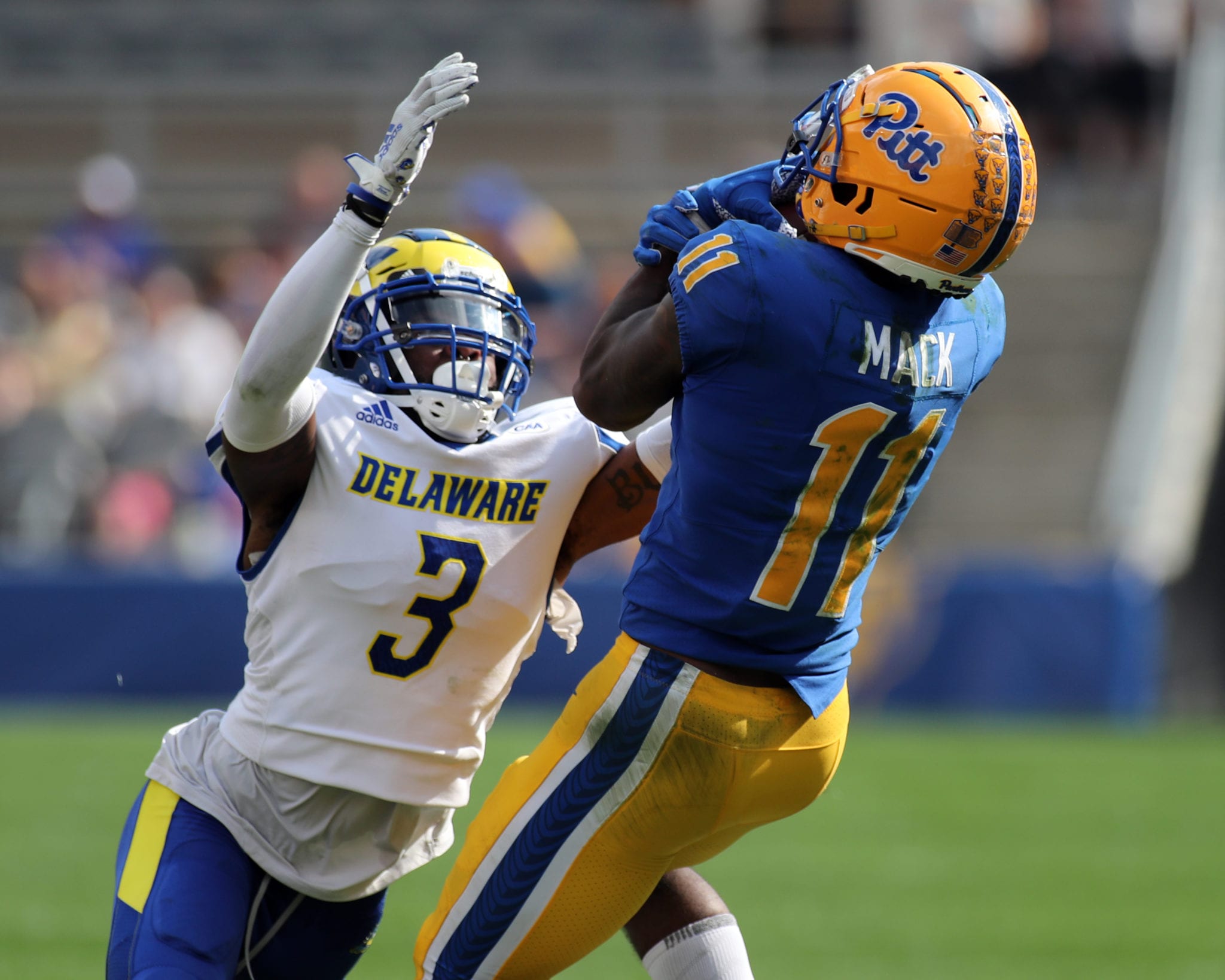 There probably isn’t much more to be said about squeaking by an FCS school at home. If the Panthers had lost, there would have been extenuating circumstances like missing their starting quarterback, top two running backs and a few others to injury. Enter redshirt freshman quarterback Nick Patti. Pitt outgained Delaware 443-170 but also had two giveaways, questionable coaching decisions and a lot of unfinished drives that made the game much closer than it needed to be. Fortunately, the Panthers defense smothered the Blue Hens’ offense throughout the game — although they gave up two touchdowns on short drives and running back Todd Sibley stepped in for the team’s first 100 rushing yard game of the season.

The Panthers did enough to win and now we can never mention this game again.

Pitt moves up three spots to #59 in the latest SP+ rankings. Their offense has slid to #113, but the defense is now in the top 20. ESPN’s FPI now has the Panthers as underdogs in four of the remaining seven games. Pitt is now the underdog in the next three consecutive games, at Duke, at Syracuse and versus Miami.

Duke, who just crushed Virginia Tech on the road, 45-10 and whose only loss on the season came against Alabama. Their wins include Middle Tennessee State and North Carolina A&T, so the jury is probably still out on the Blue Devils. If Pitt is to pull off the upset, they’ll have to shut down QB Quentin Harris, who leads the team in both passing and rushing. ESPN has Duke at #33 on the FPI and give them a 73.7% chance of beating the Panthers.

The ACC did nothing to dispel the notion that it is at the bottom of the Power 5 rankings. … Virginia lost on the road to Notre Dame in a game they led at the half, but turned the ball over five times. … UNC nearly pulled off the upset of all upsets, but came up short on a two-point conversion in the final seconds against Clemson. … Virginia and newcomer Wake Forest join Clemon in the Top 25.