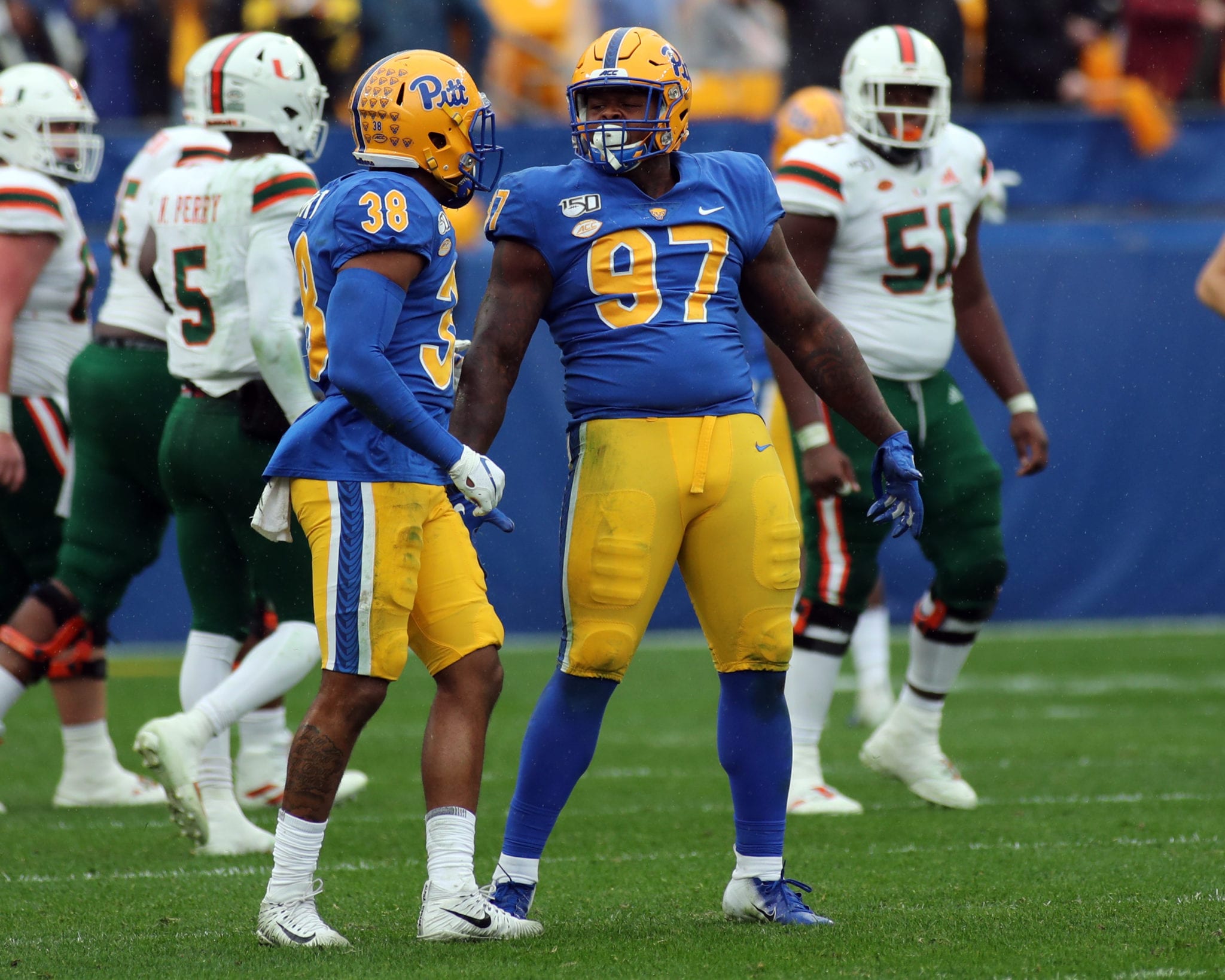 PITTSBURGH — A year ago, Pitt’s defense accounted for 32 sacks and nine interceptions at the end of their 14-game season.

Through only nine games in the 2019 campaign, the Panthers have racked up 40 sacks and seven interceptions.

They love playing together. Pitt’s defense has a number of guys who are self-driven, highly motivated and just flat-out ballers. They compete against each other during the ‘work week’ and compete with one another on Saturdays.

Defensive lineman Jaylen Twyman is tied with Patrick Jones II as Pitt’s sack leader (7 total). Twyman says that his coaches and Pitt’s analytical staff give the defensive unit sack goals every week, but says those goals are too low for his expectations.

“There’s a sack goal, but I’m not going to say it because it’s too low,” Twyman said. “We try to aim for the stars. For me, I don’t have sack goals, because I’m trying to break the bank. We don’t look at analytics. We go out there and ball.”

Pitt’s entire defensive unit works together. The guys up front and the guys in the back are motivated to be great, as a whole as each guy is able to feed off the play of one another. If one guys is feeling it, it seems to only motivate the players around him to be even better themselves.

“I feel like (the defensive communication is) at an all-time high,” senior cornerback Dane Jackson said. “It’s the best since I’ve been here, really. That’s a lot to say, but it really is. We got guys that have all bought in,”

Jackson was asked, if a lot of the sacks that the linemen are getting are because of the spectacular coverage that the defensive backs are displaying.

“I would say a lot of them are,” Jackson said with a laugh. “But not all of them.”

The big guys up front aren’t a selfish bunch, by any means. They know how important of a role the coverage of the defensive backs plays in them being able to get to the quarterback more often.

“Our secondary is doing a great job covering,” Jones II said. “That helps me get pressure on the quarterback. When I put pressure on them then it makes them throw bad balls and then those guys can get interceptions.”

Pitt’s secondary has certainly played their part, up to this point. Dane Jackson and Damarri Mathis are tied at No. 1 in the ACC for broken up passes (10). Paris Ford ranks No. 2, with nine.

“(Our defense) is like a circle and we just all work together,” Jones II said.