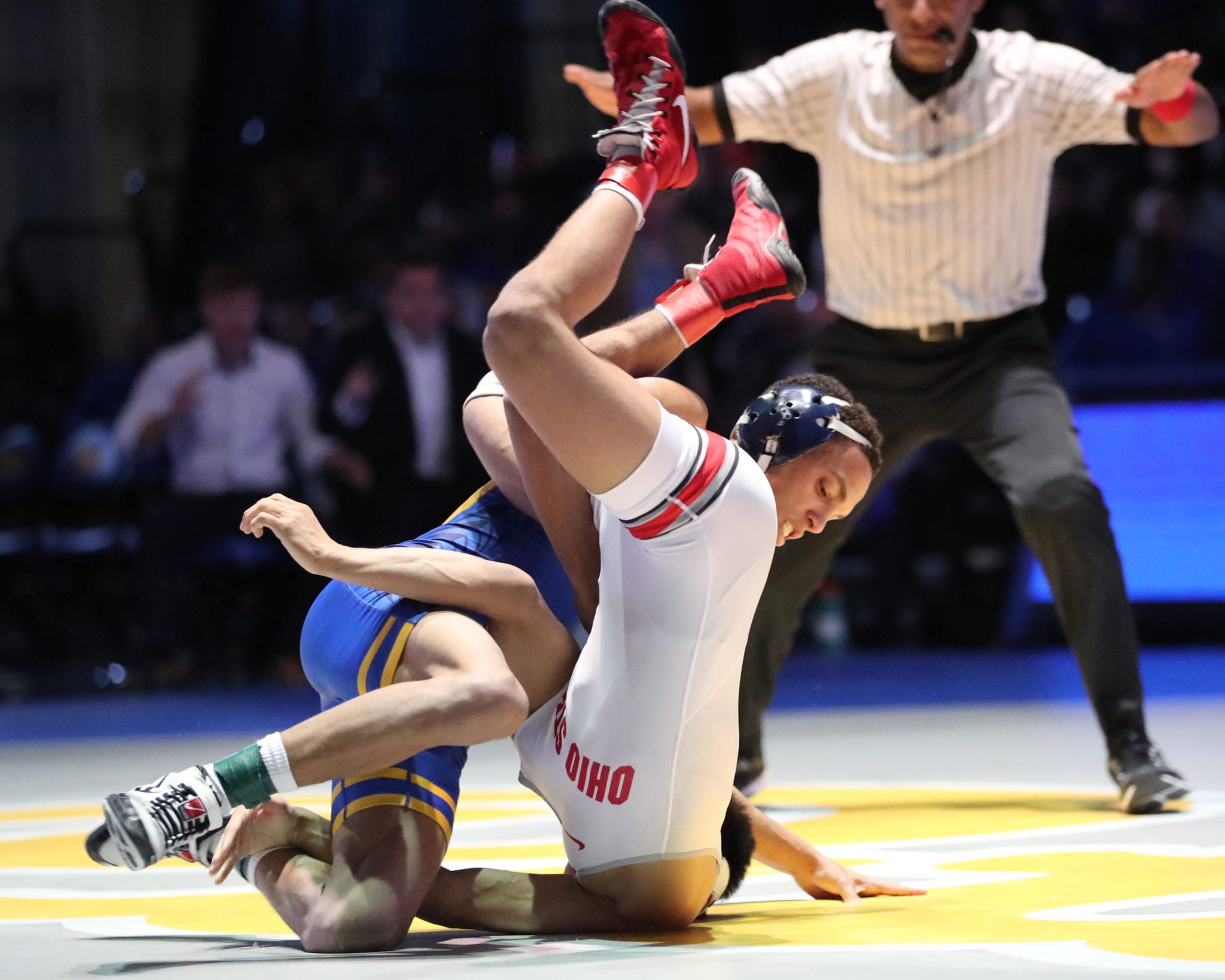 The Panthers finished 13-3 with four wins over Top 25 opponents in Keith Gavin’s second season in 2018-19, and they have most of their best wrestlers returning for 2019-20.

Of the seven Panthers with significant winning records in dual meets a year ago, six return, with graduated 141-pounder LJ Bentley the lone exception.

All five of Pitt’s NCAA Tournament entrants from last year are back and Bentley has been replaced with talented redshirt freshman Cole Matthews, who went 15-2 wrestling unattached a year ago.

So this seems like a year that the Panthers could take another step forward on their march to regaining national recognition for their once-great program.

Friday night at Fitzgerald Field House, No. 15 Pitt got a lesson in how far they still need to go. The Panthers lost 23-12 to No. 3 Ohio State.

While the loss was disappointing, finding out exactly where they stack up at this early date in the season is exactly why the Buckeyes were on the Panthers’ slate to begin with.

“That’s why we put it on the schedule,” Gavin said after the match. “We’re adamant about wrestling them. They have a very talented team. There’s a lot of opportunity, too. Winning those matches, if you can, helps you get to nationals and seed for nationals, and things like that. You want to wrestle good competition. … It’s good to know where you’re at in relation to your goals.”

What Gavin hopes his teams learns is that the No. 3 next to Ohio State’s name doesn’t mean they can’t be beaten.

“I thought we could have done more,” Gavin said. “I thought we took a back seat in some of those matches and let them impose their will instead of us doing that. The goal is to learn from it and know that they don’t want to feel that again. Hopefully, they make that change.”

Pitt lost a match it was favored to win early when No. 8 heavyweight Demetrius Thomas was defeated by Chase Singletary in the second match of the day. Three matches that looked like possible upsets all went the way of the Buckeyes, as well.

But the Panthers didn’t even win five, dropping six of the 10 matches. Furthermore, they failed to score a single bonus point, meaning that even in a 5-5 outcome, the Panthers would have been on the short end of the stick.

Ohio State boasts a pair of No. 1-ranked wrestlers in Kollin More at 197 pounds and Luke Pletcher at 141 pounds. Kellan Stout and Matthews came out of those wearing a pair of major decisions. Pitt’s top wrestlers — No. 4 Micky Phillippi at 133 pounds and No. 9 Nino Bonaccorsi at 184 pounds — probably needed to come up with at least a couple bonus points to push the Panthers across.

The good news is, it’s early in the season. Pitt, still with just three seniors in their regular lineup, continues to grow and mature. The Panthers also have more measuring sticks coming up. They’ll visit No. 4 Oklahoma State on Jan. 18 and host No. 9 NC State on Feb. 1.

If they can take the lessons learned on Friday night and spin them forward, they might have an upset in store for the next top-ranked opponent they face.

Pitt Comes Up Short to No. 3 Ohio State

They also have Lehigh next sunday, who just beat Oklahoma state..They need bonus points and need to get some swing matches to go their way. Pitt is def. on the way up though, with good recruits on the way next year too.