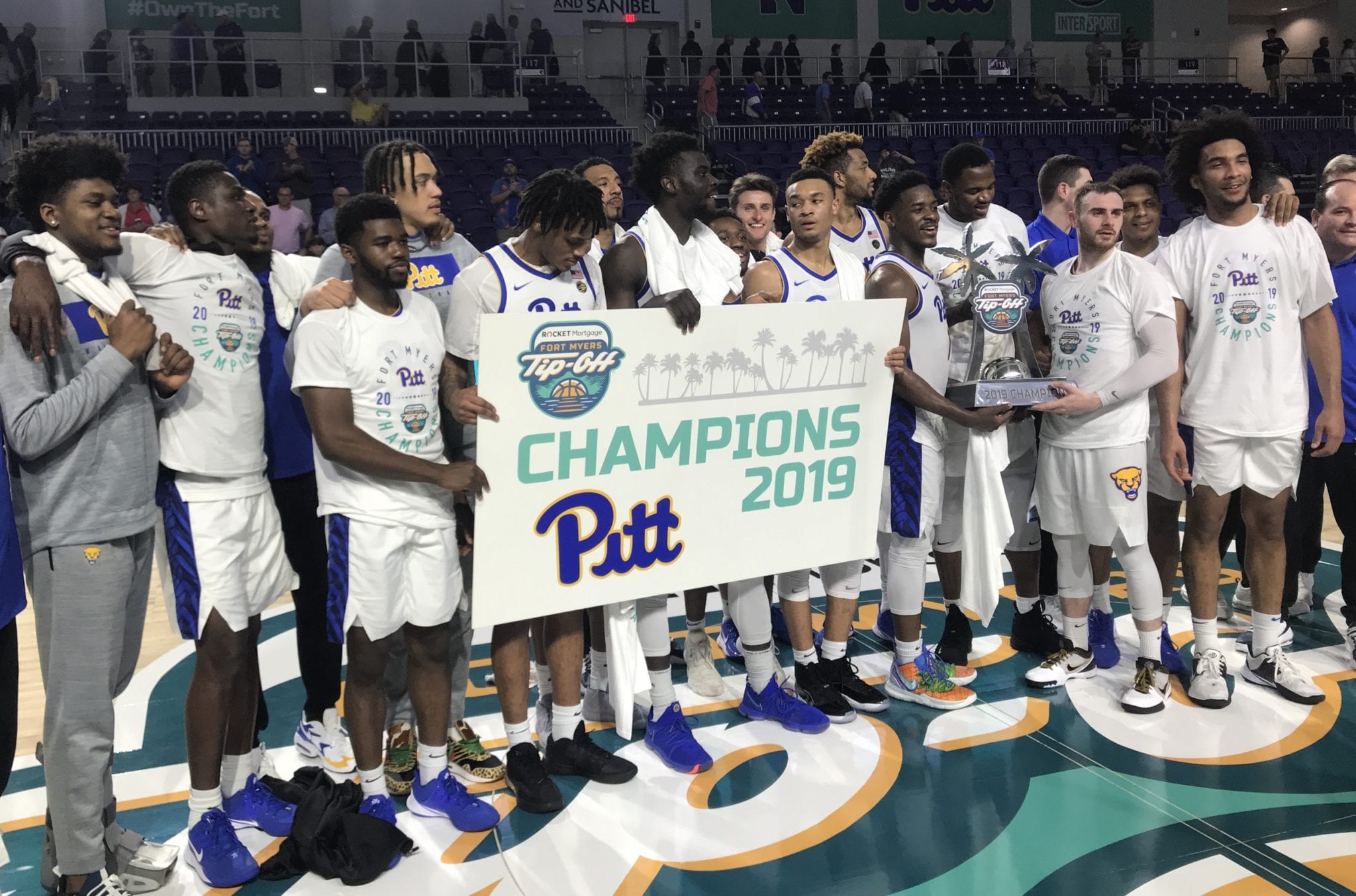 CYPRESS LAKE, Fla. — For the first time in a long time, the Panthers added to their trophy case.

The Panthers did not trail in the second half of the game, but also could never fully pull away from the Wildcats, either.

Pitt led by 13, but a 9-2 Northwestern run closed the gap and the game wasn’t fully secure until a Ryan Murphy 3 -pointer with under a minute to play.

The teams went into the halftime break with Pitt leading by just one, and the biggest reason the Panthers ended up on top was the play of freshman wing Justin Champagnie.

Champagnie scored a career high 21 points, 17 of which came in the second half. He was 9 of 20 from the floor and also grabbed six rebounds.
Perhaps most importantly, the young Brooklyn native found his 3-point stroke.

Pitt was 0-for-11 from 3-point range in the first half. Champagnie finished 3 of 11 from long range as Pitt rebounded to shoot 7 of 25 from beyond the arc as a team.

Throughout, Pitt maintained a strong rebounding advantage, finishing with 44 boards to Northwestern’s 29. Eric Hamilton contributed his second double-double of the season with 12 points and 10 rebounds.

Trey McGowens had 15 points and Xavier Johnson also scored in double figures with 10.

After turning the ball over 21 times in their win over Kansas State on Monday to earn a championship game berth, Pitt had just 10 turnovers against the Wildcats.

Johnson had eight assist, one off a season high, and just four turnovers.

Nice win by the Panthers. If they can keep up the good defense, they’ll be in most games this year. They have to start hitting better from three. The last couple minutes was encouraging.

Champagnie is looking like a solid contributor to this team right away. If him and Murphy can supplement Johnson and McGowens, get a little bit of tough inside points from Brown and Toney, this can be a decent team this year.