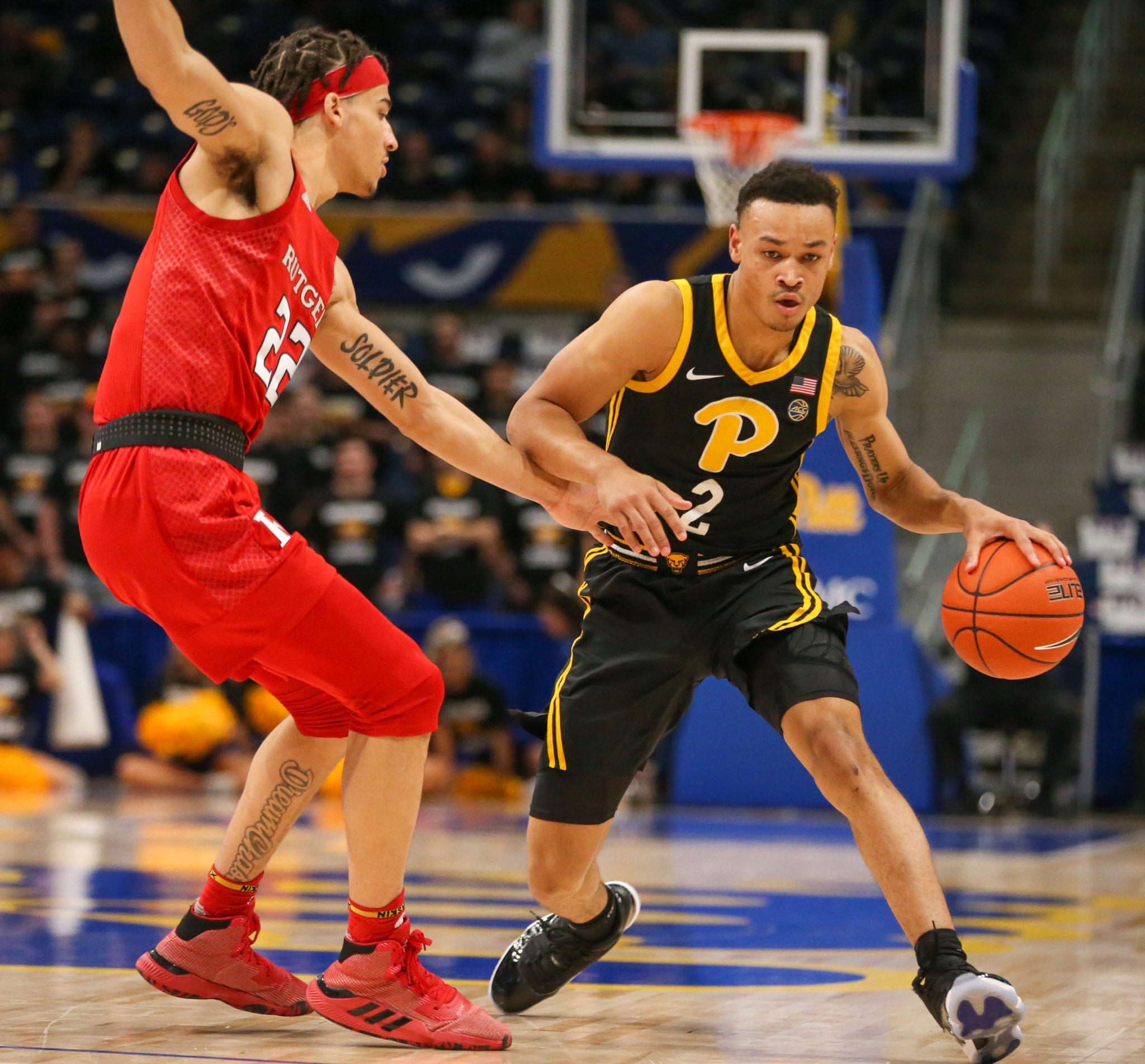 PITTSBURGH — Just a month ago, if you told Pitt head coach Jeff Capel that his team would be sitting at 7-2 and on a five-game win streak at this early point in the season, he probably would be OK with that, especially when you look at some of the teams that his young group would face.

“I think we’ve had a challenging schedule,” Capel said. “I think this is the fifth game (that we) have played against a Power 5 conference out of nine games.”

All five of those teams are in the top-100, according to KenPom’s rankings.

“Now, we are getting ready to play No. 1 Louisville,” Capel said. “Our schedule has forced us to grow up. We’ve gotten to learn by going through the gauntlet a little bit for where we are as a program.”

Pitt has a quality win over the current No. 17 team in the country in Florida State to open the season but then lost at home to Nicholls St. Their only other loss to date was when they played up to par with West Virginia for a half then showed their youth and growing pains in the final 20 minutes.

Capel knows that there is still a ways to go, but the ups and downs are where he thinks his team can make those significant strides to getting where they want to be down the road.

“It’s a lot of teaching, and that’s one of the fun things,” Capel said.

Pitt held Rutgers to just 60 points on Tuesday night, and their defensive pressure was the difference in the game from the start. The Scarlet Knights were averaging 75.8 points per game coming into their loss at the Pete.

Pitt’s defense forced 20 turnovers and scored 28 points off of those Rutgers mistakes.

“Our defense starts our breaks, and when we rebound, we just have to get it and go,” Xavier Johnson said.

The Panthers offense was flowing against Rutgers about as well as it has at any point this season. They dropped off a season-high 18 assists on 27 made field-goals. Johnson’s eight assists were the most for a Panther since Johnson himself had nine dimes against Monmouth.

One of the main reasons that Pitt has had struggles on the offensive end has been the minimal ball movement, and Johnson and McGowens dribbling the air out of the ball. Against the Scarlet Knights, there were very few stagnant possessions from the Panthers on offense.

“I think we are getting better at understanding how to play without the ball and move without the ball,” Capel said. “I thought offensively it’s one of the better games that we’ve played — percentage-wise,”

Johnson and McGowens both have seen the difference in the offense when they spread it around and try to experiment with more offensive movement.

“The ball is never just stagnant in one of our hands. The ball constantly moving, and we are (always) moving.” Johnson said.

“If we are moving without the ball, they can’t just focus on the guy with the ball,” McGowens said. “By the time they turn around, either we will have a driving lane, or they will have to help, and we will have kick-outs.”

Au’Diese Toney had only been averaging 4.9 points per game and had only scored a combined 13 total points in Pitt’s last three games. Against Rutgers, Toney gave the Panthers a needed spark off the bench — scoring 10 points, on 3-of-4 shooting.

“I thought it was Au’Diese (Toney’s) best game,” Capel said. “He stepped up and made some big-time plays.”

It wasn’t just the three buckets that Toney provided, but his length on the defensive end and energy on the glass was evident early on in the game.

“(Toney) was big, especially starting off at the beginning of the game,” McGowens said. “He was getting boards, assists, and he had a nice kick-out to X (Johnson). He was kind of in a slump, but he started to come out of it when we were in Florida.”

Brandin Knight’s No. 20 jersey is hanging in the rafters at the Petersen Events Center. Knight is now in his fourth season as an assistant coach at Rutgers.

“He’s a terrific young coach,” Pikiell said. “We are very fortunate to have him at Rutgers. He does an outstanding job on the court, off the court, recruiting, and you can tell why his number is up in the rafters. He’s determined, he’s driven, he’s smart — and he’s going to be a special head coach.”

In his return to his alma mater, Knight was preparing to take down the Panthers.

“I thought he did a real good job preparing us tonight,” Pikiell said about Knights scouting report on Pitt. “I wish we would have played a little better.”

Gallery: Debut of Pitt’s Black and Gold Uniforms vs. Rutgers