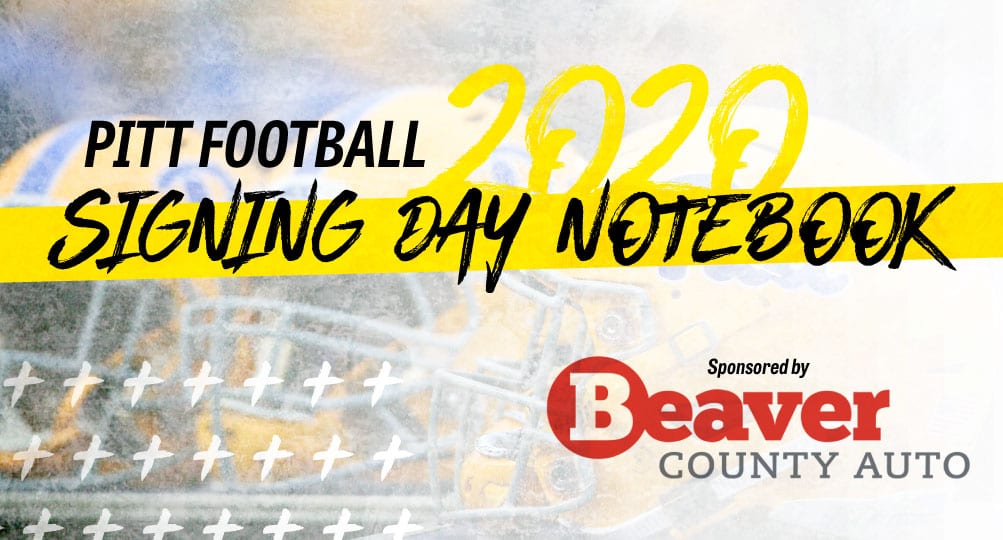 **Florida OT transfer Chris Bleich was someone Pitt was talking with but tonight Bleich made a decision on his next football home.

Everything happens for a reason 👏🏼.. pic.twitter.com/06zkLFo5CL

Krull is 6-foot-6, 257 pounds and a former collegiate baseball player. He caught nine passes for 108 yards over two seasons with the Gators, his only two seasons of college football.

Before that, he played baseball at Arkansas and Jefferson (Junior) College. Krull will immediately be in competition with Daniel Moraga, Grant Carrigan and Kyi Wright for the vacant starting tight end job.

ORLANDO, FL – AUGUST 24: Florida tight end Lucas Krull (7) during the first half of the Camping World Kickoff between the Florida Gators and the Miami Hurricanes on August 24, 2019, at Camping World Stadium in Orlando, FL. (Photo by Roy K. Miller/Icon Sportswire)

New York quarterback Dan Villari, who Pitt has been recruiting recently, but has not yet offered a scholarship, received an offer from Michigan today. Villari is not expected to sign today, either way.

Four-star Florida wide receiver Bryan Robinson has signed with Florida State. Pitt was one of the five finalists for Robinson, who re-opened his commitment after Florida State fired Willie Taggart, but ended up sticking with the Seminoles.

Ventura College tight end Daniel Moraga makes it 15 signees for Pitt. Moraga was one of the final additions to the class before signing day. The three-star prospect was rated as the No. 9 junior college tight end in the country by 247 Sports.

Moraga is 6-foot-3, 235 pounds and was originally enrolled at Fresno State before leaving for junior college. He’ll have two seasons of eligibility remaining.

Bermudez, from Sandalwood High School in Jacksonville, Florida, was one of Pitt’s top remaining defensive back targets in the 2020 class and received a visit from Pat Narduzzi just last week.

But after visiting Pitt on Nov. 29, Bermudez made his final visit to the late-offering Rebels, and new head coach Lane Kiffin was able to convince Bermudez to join Ole Miss.

Bermudez had been committed to Florida State before the firing of former Seminoles coach Willie Taggart.

Things appear to winding down for the Panthers. Pitt has 14 players that have signed so far. The only commits still outstanding are Florida grad transfer tight end Lucas Krull and California junior college tight Danny Moraga.

Four-star wide receiver Jordan Addison is expected to make his signing official on Thursday, while PSN does not expect three-star Florida defensive tackle Tim Brown to sign in light of his current legal issues.

Fort Lauderdale defensive back Davonte Brown has committed to UCF, choosing the Knights over Pitt and Miami. The 6-foot-2, 160-pound, three-star athlete was one of several defensive backs the Panthers were recruiting right up until signing day.

Brown took an official visit to Pitt in June before visiting UCF in November and Miami in December. He is the son of former Miami safety Selwyn Brown.

Mack flipped his commitment to Pitt on Tuesday after originally committing to Charlotte. The 6-foot-1, 175-pound safety from Duncan, South Carolina also had Power Five offers from Indiana and West Virginia.

It’s not looking good for Pitt to add any additional players to the Class of 2020 beyond the previously known commitments today.

An even bigger signing class coming in February pic.twitter.com/JBgmAChZ7i

CAI is the same school Pitt landed Habakkuk Baldonado and Jared Wayne from over the last two seasons.

Pitt’s second player from New York in the Class of 2020 is Staten Island linebacker A.J. Roberts.

Roberts is a three-star prospect from Tottenville High School that had offers to Boston College, Duke, LSU, Purdue, Rutgers and Syracuse before picking the Panthers.

He’ll be an early enrollee with the Panthers this January.

Three-star defensive end Emmanuel Belgrave makes it a dozen Panthers to sign on the dotted line this morning.

Belgrave is another Charlie Partridge recruit out of South Florida, coming to Pitt by way of Southridge High School in Miami. At 6-foot-2, 220 pounds, he’ll join Sam Williams as high-upside Florida defensive ends in the Class of 2020.

Pitt mined another one of the top programs in Florida to land three-star wide receiver Aydin Henningham.

Henningham played for Deerfield Beach, which made it to the Florida Class-8A semifinals this season with a host of Division I prospects.

Signee No. 10 is on the books and it’s Pitt’s second from the state of Georgia: three-star defensive back Hunter Sellers.

Sellers is a 6-foot, 180-pound cornerback from Woodward Academy in Atlanta, where defensive backs coach Archie Collins was the area recruiter and will also be his position coach.

Pitt has a Jersey Boy. Solomon DeShields, a 6-foot, 205-pound athlete from Millville in southern New Jersey has signed with the Panthers.

DeShields was rated as three-star athlete at outside linebacker, but there’s a chance Pitt could use him on offense, as well.

The lone Pittsburgh native in Pitt’s signing class has inked his name on the line, as four-star Westinghouse defensive lineman Dayon Hayes is officially a Panther.

A consensus four-star recruit, Hayes is the No. 4 player in the state and the No. 15 strong-side defensive end in the country, according to 247 Sports composite.

They also rated him as the No. 22 lineman in the country and the No. 6 player in the state of Ohio.

Pitt has its running back in the fold. Four-star back Israel Abanikanda will bring a dash of speed from Abraham Lincoln High School in Brooklyn, New York to the Panthers.

Another player from one of the top Catholic schools in the country has signed. Four-star (Rivals) safety Jahvante Royal is officially a Panther.

Royal is a 6-foot-3, 180-pound defensive back from St. Thomas Aquinas in Fort Lauderdale, Florida, which was the No. 3 team in the CAC Top 25 this year and won the Florida Class-7A State Championship on Saturday.

Tackle Michael Statham is the fourth Pitt player to get his papers in order. The Smyrna, Delaware offensive lineman played at St. Frances in Baltimore, Maryland, which finished as the No. 5 Catholic team in the country this year.

Checking in at 6-foot-6, 300 pounds, Statham is rated as a three-star recruit, but had offers from Michigan, Michigan State and West Virginia among others.

Pitt has some early risers in this class. Outside linebacker Bangally Kamara is the third player to submit paperwork in the first 15 minutes of the signing period.

Kamara, a 6-foot-2, 200-pound linebacker from Akron, Ohio is rated as a four-star recruit by 247 Sports and is their No. 23 outside linebacker in the country and No. 7 player from Ohio.

One of Pitt’s several prospects rated as four-star players, wide receiver Jaylon Barden is the second Pitt player to sign his letter of intent.

Barden is rated as four-star prospect by 247 Sports coming out of Westside High School in Macon, Georgia. The 6-foot, 180-pound receiver chose Pitt over offers from Indiana, Kentucky, Tennessee and Virginia Tech.

Williams is 6-foot-4, 210 pounds and played at Calvary Christian Academy in Fort Lauderdale, Florida. He’s rated as the No. 64 weak-side defensive end in the class and the No. 167 player in Florida by 247 Sports composite.

Williams is a player in the mold of Habbakkuk Baldonado, a tall, quick defensive end with top-level athleticism that probably needs to add some size before he’ll be able to contribute at the next level.

Good morning, Pitt fans. The coffee is on, the fax machines are warmed up and we’re just about set for National Signing Day to commence.

Pitt has 17 players that have committed to join the team thus far, with one graduate transfer in former Florida tight end Lukas Krull and 16 incoming freshmen.

Of those, most should be expected to sign today, though four-star Maryland wide receiver Jordan Addison is not signing until Thursday and the status of three-star Florida defensive tackle Timothy Brown, who is facing felony charges stemming from a carjacking incident, remains up in the air.