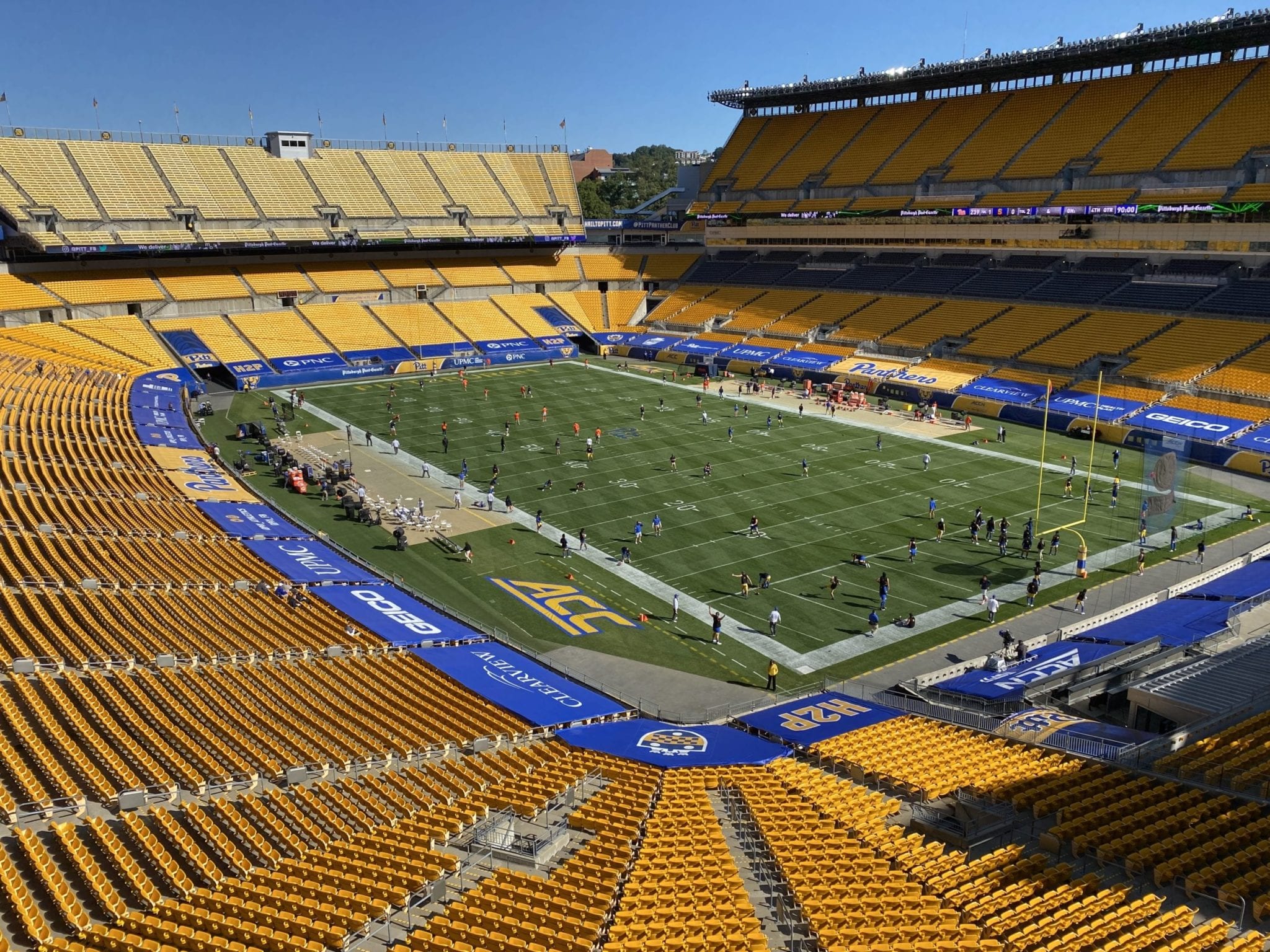 No. 21 Pitt has opened as a 2.5-point favorite for this Saturday’s home game against No. 24 Louisville at Heinz Field, according to BetOnline.ag.

The 2-0 Panthers have started their season with wins over Austin Peay and Syracuse while in their friendly confines on the North Shore, but are 0-1 against the spread.

Pitt did not cover 20.5 points against the Orange on Saturday and the opener against Austin Peay was taking off betting boards because the second half was played with just 10-minute quarters.

Louisville has started the season 1-1, with a win over Western Kentucky and a loss to now-No. 12 Miami on Saturday. This will be Louisville’s first venture outside of Cardinal Stadium.

The Cardinals are 1-1 against the spread, covering the 13.5-point line by the narrowest of margins against the Hilltoppers, but losing by 13 while a 2.5-point home underdog to the Hurricanes on Saturday.

Pitt is 9-8 all-time against Louisville. The teams have played nine times since 2005, with the Panthers holding a 4-3 edge in recent games. This will be the teams’ second meeting as ACC foes. Pitt defeated Louisville, 45-34 on Nov. 21, 2015 at Heinz Field.

This year’s game between Pitt and Louisville will be the first game at Heinz Field between ranked teams since then-No.15 Pitt hosted No. 5 Cincinnati on Dec. 5, 2009. The game will be played without fans at Heinz Field.

Related Topics:featuredLouisvilleOddsPittPitt football
Up Next

I hope history does not repeat itself…every time in the past 20 years whenever Pitt starts to get national recognition they fall on their face.