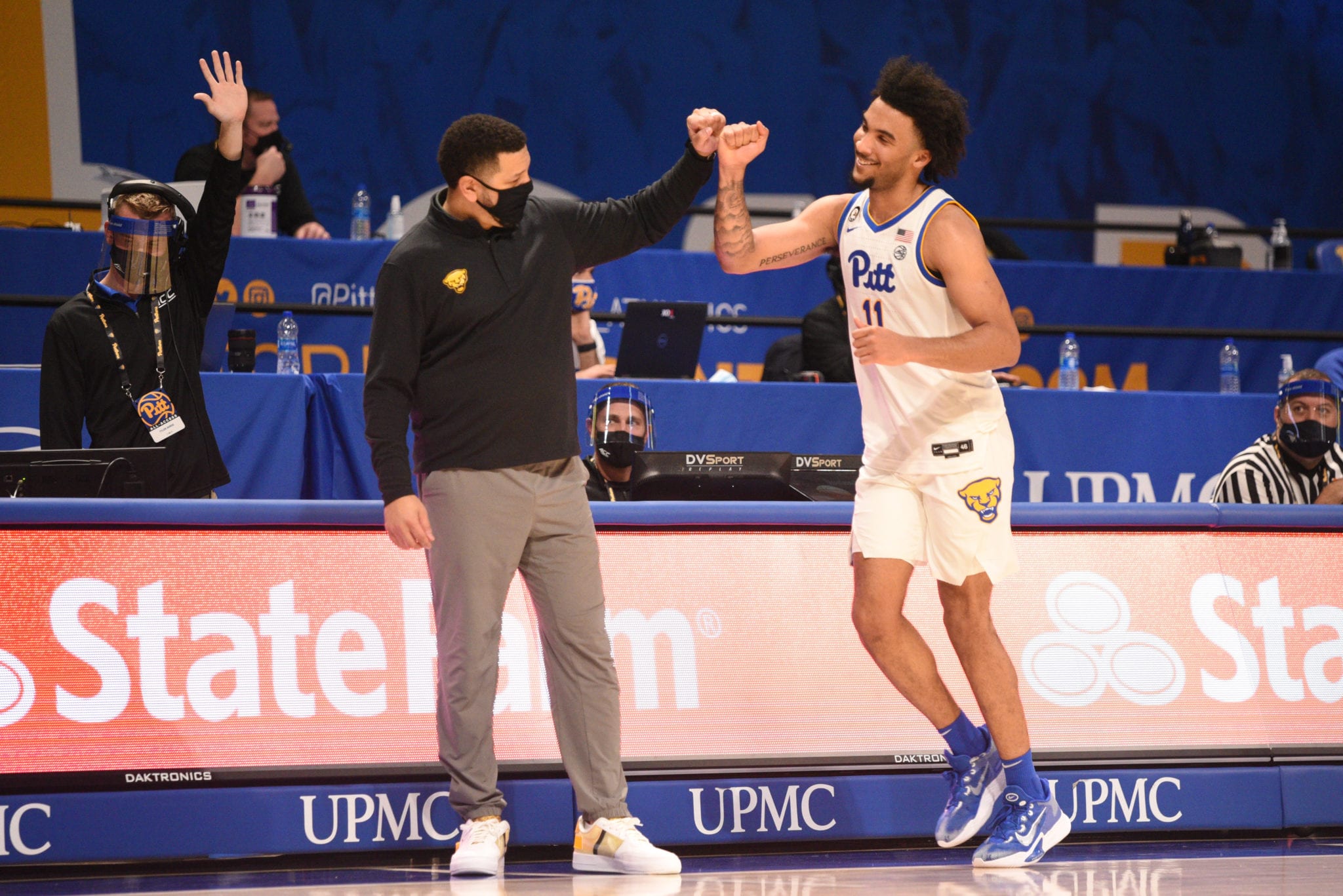 PITTSBURGH — Justin Champagnie has always been a good scorer.

But this season, he’s taken an extra step forward on the glass. The 6-foot-6 wing led the Panthers in rebounding during the 2019-20 season, but averaged just seven per game.

Through five games in 2020-21, Champagnie has averaged 13 rebounds per game and in the last two, he’s grabbed 20 and 21 as he recorded the first back-to-back 20/20 games in Pitt basketball history.

“I always had it in me to go get 20 rebounds,” Champagnie said. “I’d just get tired and get lazy. I got a problem, I get lazy sometimes. I speak to [assistant coach Tim O’Toole] a lot about it. He always tells me to just run a little bit harder, do certain things a little bit harder and those extra rebounds are coming. That’s what happened.”

Hear more from Champagnie, head coach Jeff Capel and forward Abdoul Karim Coulibaly after the Panthers improved to 4-1 with their win over Gardner-Webb.

I am disappointed with Hugley’s on court performance. He often trails play’s and looks lost on defense, he looks nothing like the confident player in H.S. He may have to drop 20 lbs to play at this level. At 220 lb., if muscle not fet perhaps he can be what we hoped he’d be.