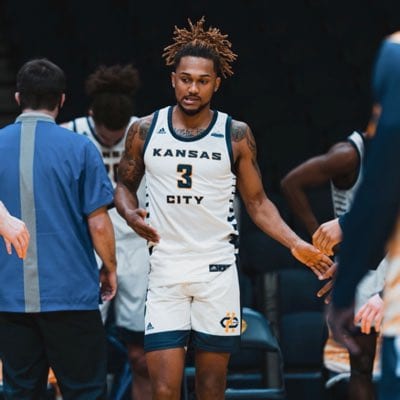 The Duquesne Dukes coaching staff has been very busy sifting through the hundreds of names that appear daily in the college basketball transfer portal as they look to reload and rebuild their roster.

One of the latest players the Dukes have contacted is UMKC senior guard Brandon McKissic, who entered the portal on Monday.

McKissic is a 6-foot-3, 195-pound shooting guard that put up some impressive stats this past season for the Roos, averaging 17.2 points per game, while shooting 50.8% from the field and 42.9% from 3-point range. The strength of McKissic’s game is his ability to defend as he was named to the conference All-Defense team as a sophomore and junior and was named the Summit League’s Defensive Player of the Year this season.

Pittsburgh Sports Now caught up with this much sought after player and McKissic told he didn’t necessarily expect this kind of initial reaction from all these programs.

“My dad asked me today, who else do you expect to call and I told him that I don’t expect any teams or expect anything to happen to me,” said McKissic. “I feel that I’ve worked hard for everything that I’ve received throughout my career. I did what I had to do last season, played to the best of my ability and am now wrapping up my last semester here. From there, whatever schools contact me we’ll see but I feel that I’ve earned whatever calls and offers I receive from here. But honestly, I didn’t expect it to be like this because it’s been a bit overwhelming as over 20 schools called me in the first 10 hours. The thing I’m hearing from most coaches is they like my ability to play on both sides of the ball. I believe that I can score and play defense very well.”

One of many staffs that McKissic has spoken with are the Duquesne Dukes, who view him as an attractive options that offers many things such as a scoring option at guard, someone that defends at an elite level and a veteran presence for this young team.

“I liked Coach McFadden, he was a cool dude and made me laugh throughout the whole phone call,” McKissic said. “We talked about what I wanted and was looking for in a program. He also talked to me about the head coach and I’m supposed to talk with him (Keith Dambrot) later today. Hopefully that works out because I look forward to talking with him.

“I want to be a scoring option because what I’m going to bring on the defensive end is going to be understood. I’m going to bring that intensity on the defensive end always. I’m telling teams that I really want to make an immediate impact as a scoring option too. I also want to win and I want the coach of whatever team I pick to look at me as a piece that will help them win a championship.”

McKissic is going to continue to field phone calls from programs and then in April, plans on narrowing down his new list of offers to a manageable list before making his final decison.