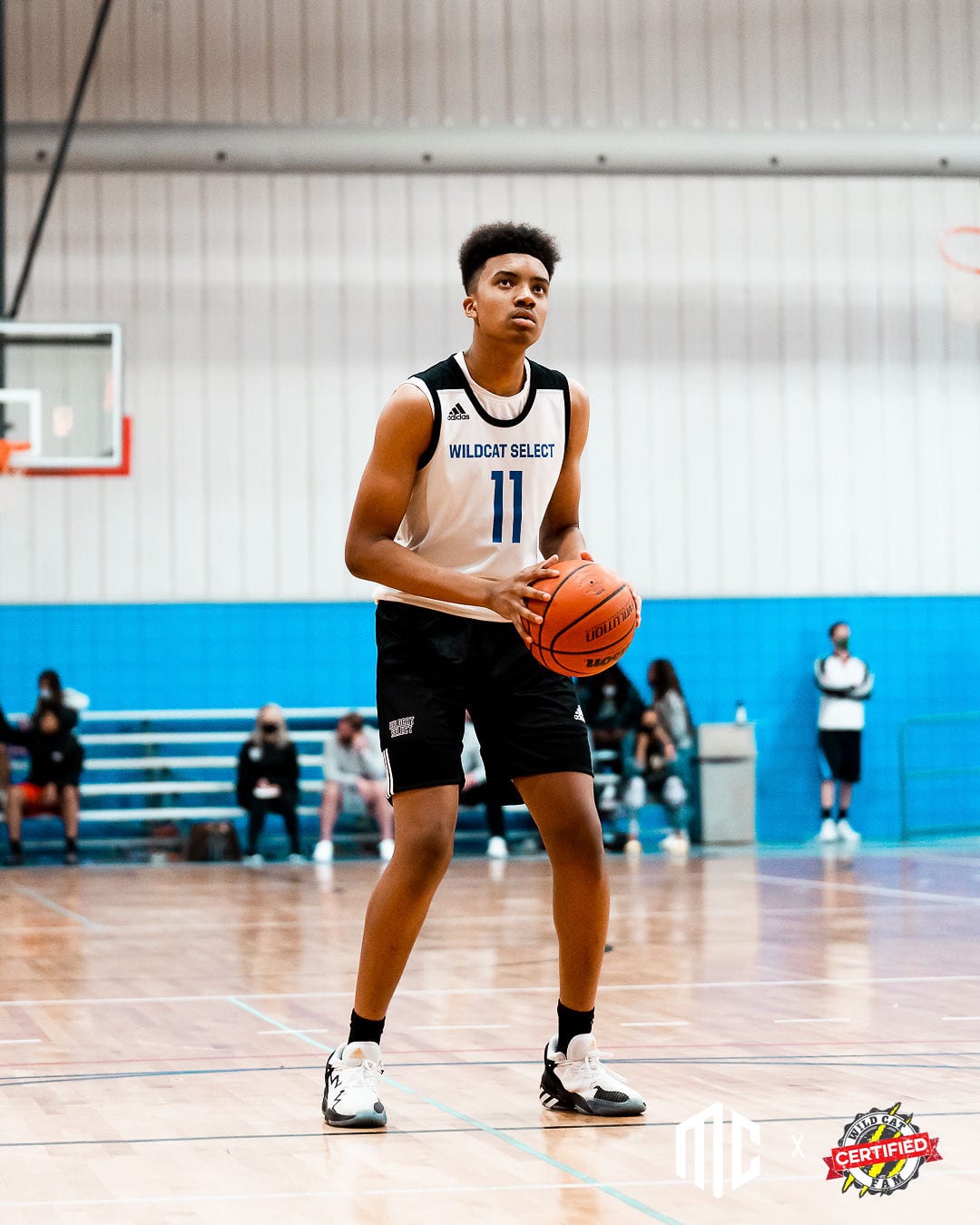 After playing just one year of high school basketball, North Hills freshman Royce Parham has already picked up a division one offer.

The Pittsburgh native picked up the first of what looks like will be many offers from head coach Andy Toole and Robert Morris. The young Parham stands at 6-foot-7, weighs just under 200 pounds, and can play anywhere from the three to the five position.

“He’s got great hands,” Parham’s AAU coach Tom Droney told Pittsburgh Sports Now. “Great hands, great touch. Guys with touch, you don’t come by too often. He’s got great touch around the rim. Catches everything, gets his hands on balls, offensively rebounds well. Good length, going to continue to grow a little bit, too. He can alter shots on defense, block shots. He is still developing and maturing as far as his body and athleticism, but at 14 years old, he is definitely on the right track.”

Yes, you read that right. Parham is 14 years old. With his size, athletic ability, and raw basketball skill set, he is looking like a potential high-major recruit more and more as the days go by.

“My best strength is my defense,” Parham said about his own game. “I am really good at defense. I can guard one through five. I am a good playmaker, and I am a good finisher. I have a good mid-range shot, but my three-pointer could use some work. I also feel like I will be a great leader for my high school team going forward.”

While this first offer was a local school, he does not know whether or not he wants to stay close to home at the college level.

“I don’t know that much about Robert Morris,” he said. “But they called us and they said they have seen me play before for Wildcats and for my North Hills team, and they would like to offer me a full-ride scholarship to Robert Morris University. I have not visited there yet, but I probably will in the future.”

Parham does not hold any other offers currently, but Droney said that he and his staff are working at sending out his film from freshman year and travel ball to college coaches around the country. While he still has three more years of high school basketball left, Parham is already excited and looking forward to playing at the next level.

“I am looking forward to March Madness and just having the overall experience of playing college basketball,” Parham said. “I just know how good of an experience that is. I am looking for a great program with a great staff and great facilities. With great guys that I can play with and work with every single day.”

“Robert Morris is very smart for doing this,” Droney said about the offer. “They understand a good player when they see one. It’s definitely a good time to get in early and develop a relationship.”