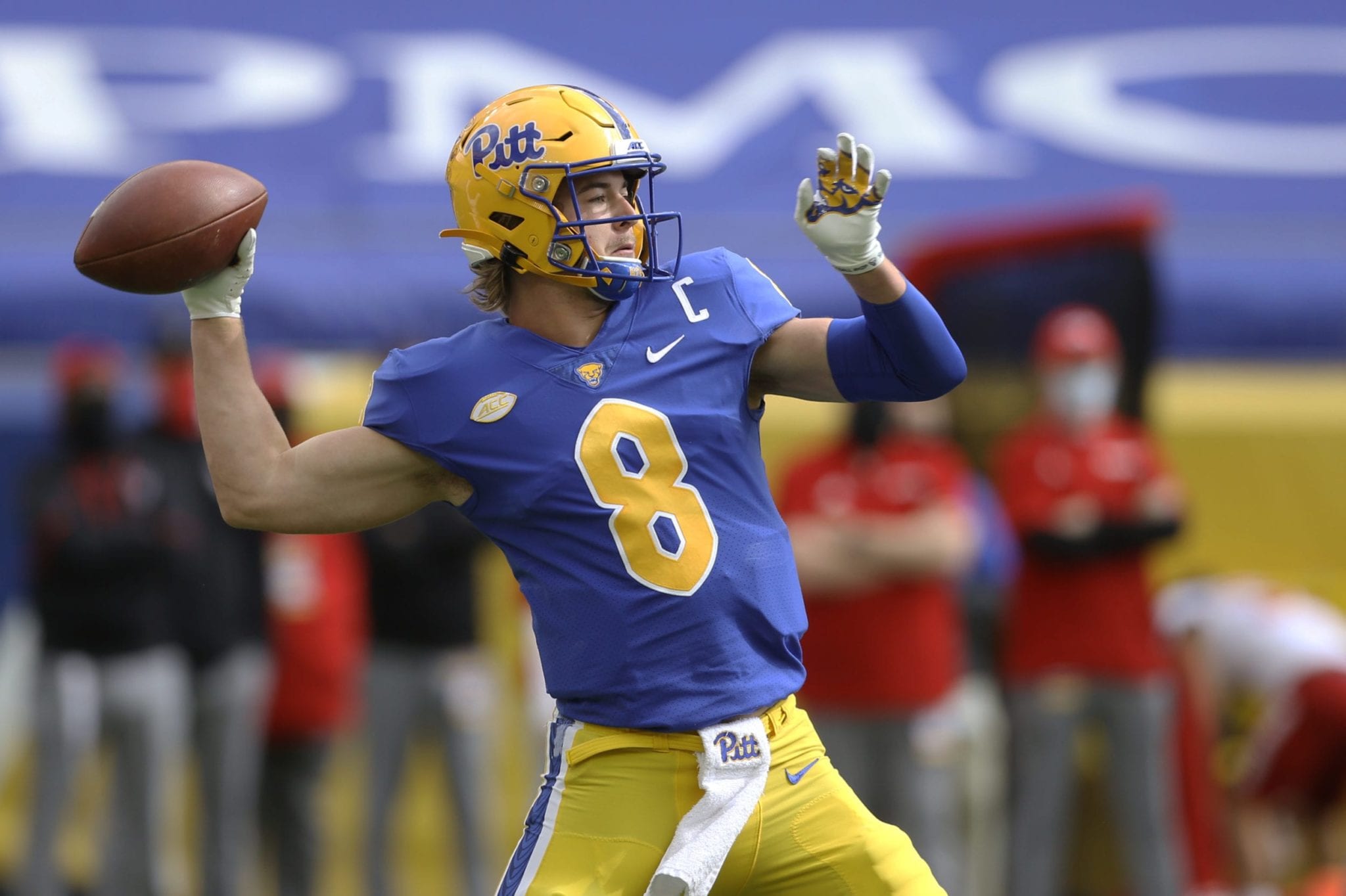 On Monday morning, the Maxwell Football Club released its 2021 watchlist for the Maxwell Award, which is given to the most outstanding player in college football each season. In what will be his fourth season starting for Pitt, senior quarterback Kenny Pickett made the list.

Pickett’s 2020 season was arguably his best. He tied his career high in touchdown passes (13) in just nine games and set a new high in passing yards per game with 267.6.

In 39 career games with the Panthers. Pickett has amassed 7,984 passing yards, 39 passing touchdowns and a 60% completion percentage. The 6-foot-3 New Jersey native has also racked up 568 rushing yards and 15 scores on the ground.

Pickett enters this season with 8,552 career total yards, which is ranked third in Pitt history. He sits only 2,596 yards behind Pitt’s all-time leader, Alex Van Pelt.

The last Panthers player to win the Maxwell Award was defensive end Hugh Green in 1980.

You know what most college QB’s call 13 TD’s?

October with a bye week included.

how does 13 TD passes & 9 picks in a passing Offense, get you on any award list ?

Good kid….Bad QB. That no one on the roster can even challenge him, is even scarier.

Our pathetic fan base will make excuses for him when he fails to find the end zone time and time again. Might as well change our slogan to “Strive for Mediocrity.”

We are about to enter into “Hype Season” were everyone associated with Pitt Football tries to convince us that this is the year they actually take a step forward instead of two steps back. They’ll rope us all in again and then by mid October we will all be scratching our heads trying to figure out how they are 3-2 with a big power 5 win and 2 loses to bum schools.

You can take that to the bank.