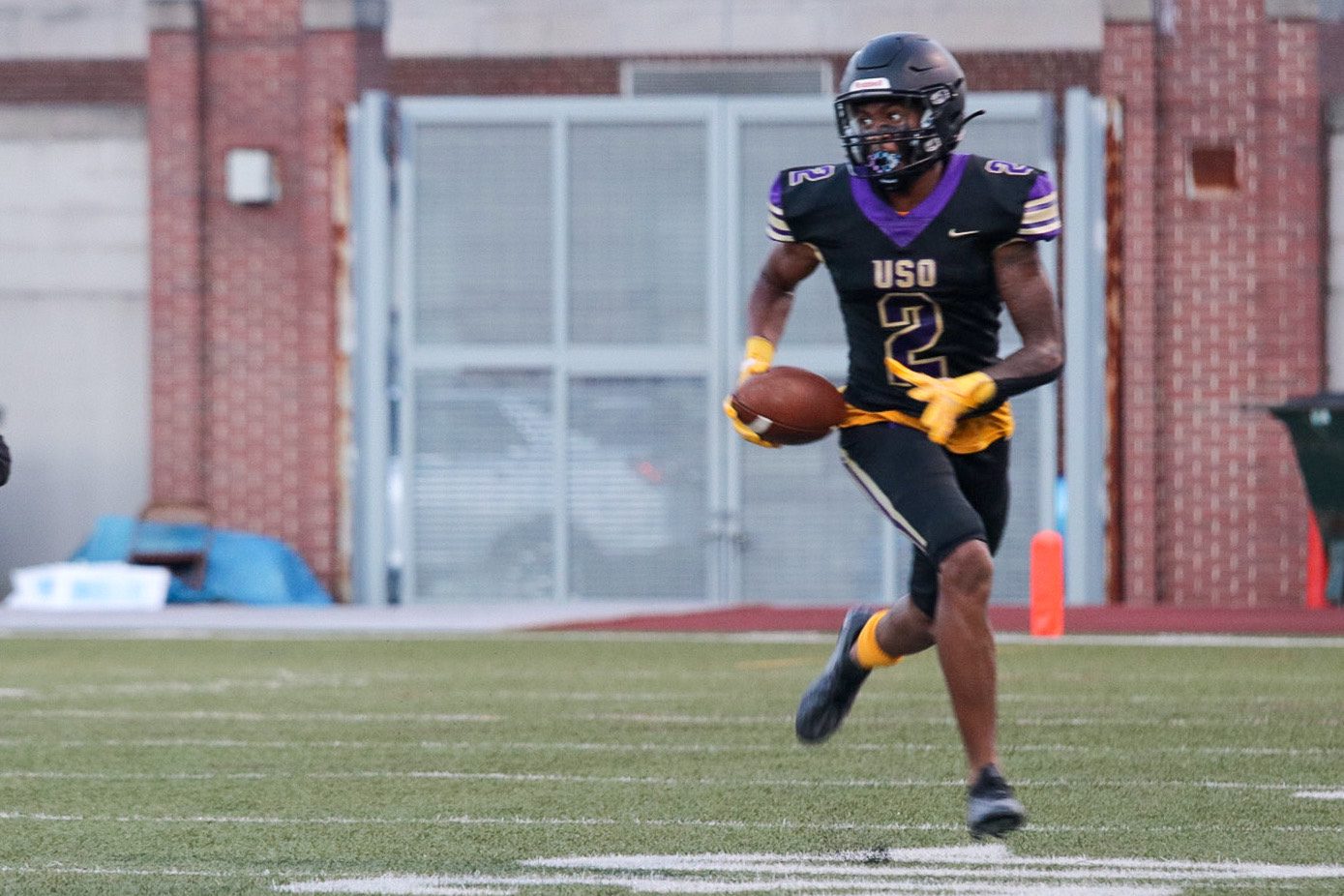 PITTSBURGH —The USO Eagles throttled the Perry Commodores 36-8 on Friday, Sept. 17 at Cupples Stadium, a game in which the Commodores were held without an offensive score.

Perry won the coin toss and deferred to the second half, a gamble that paid off when the Eagles fumbled on the first play of the game after a long gain.

The Commodores drew first blood, forcing a fumble that junior linebacker Manuel Williams scooped up and ran into the end zone. A failed two point conversion attempt gave the Commodores a 6-0 lead with 7:47 to go in the first quarter.

The Eagles broke the ice on the first play of the second quarter, a keeper by senior quarterback Keon Smalls for six. They took the lead on the next play after a successful two-point try.

Defense led to offense once again, as the Eagles recovered a low snap by Perry. USO capitalized on the next play, a deep pass from Smalls to Murray for a 23 yard score to make it 14-6 with 10:46 to go in the first half.

The next score came when Smalls scrambled into the end zone again on a buzzer-beating touchdown (and subsequent two point try) to make it 22-6 going into the half.

Offensive line woes continued to plague the Commodores in the second half, low snaps and poor blocking giving sophomore quarterback Ahmad Arrington no breathing room to stage a comeback.

The Eagles, for their part, kept their foot on the gas, and receiver Amir McLeod caught Smalls’ second touchdown pass of the night to make it 30-6 after a two point run midway through the third quarter.

Taking advantage of a short field after a Commodores turnover on downs, the Eagles scored again on a four yard rush with 7:25 left in the game, taking a 36-6 lead.

McLeod came up big again with 4:40 left in the game, intercepting Arrington in the end zone to end the Commodores’ scoring threat. A block in the back on the return backed the Eagles up to the shadow of their own goal line, and the Commodores forced a safety soon after, making it 36-8 with 4:30 remaining.

The Commodores began to drive downfield following the free kick, but a fumble with two minutes remaining gave the Eagles the ball back for good.

The Commodores drop to 1-2 on the season ahead of next week’s matchup against the Brashear Bulls.

USO improves to 2-2 and will face Taylor Allderdice next weekend.