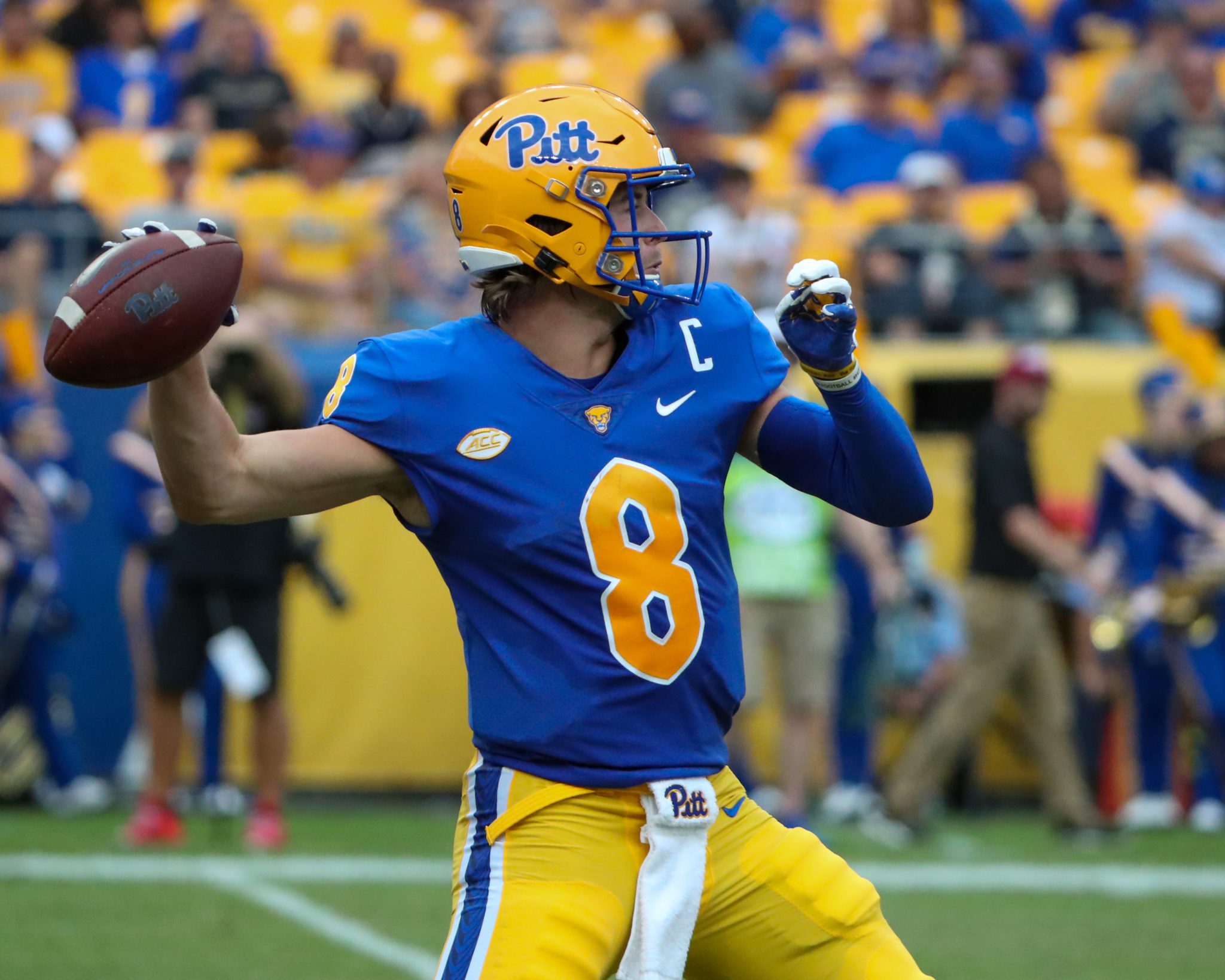 With the 67-yard touchdown pass, Pickett leapfrogged both Tino Sunseri and Dan Marino into second place in Pitt history in career passing yards. Pickett entered the game with 8,541. Susneri threw for 8,590 yards from 2009-12. Marino threw for 8,597 yards from 1979-82. The pass to Addison put Pickett at 8,615. Marino tweeted his congratulations to Pickett.

Pickett is seventh in passing touchdowns with 44, behind Marino, Tyler Palko, Van Pelt, Rod Rutherford, Susneri and Nathan Peterman, who was Pitt’s honorary captain on Saturday.