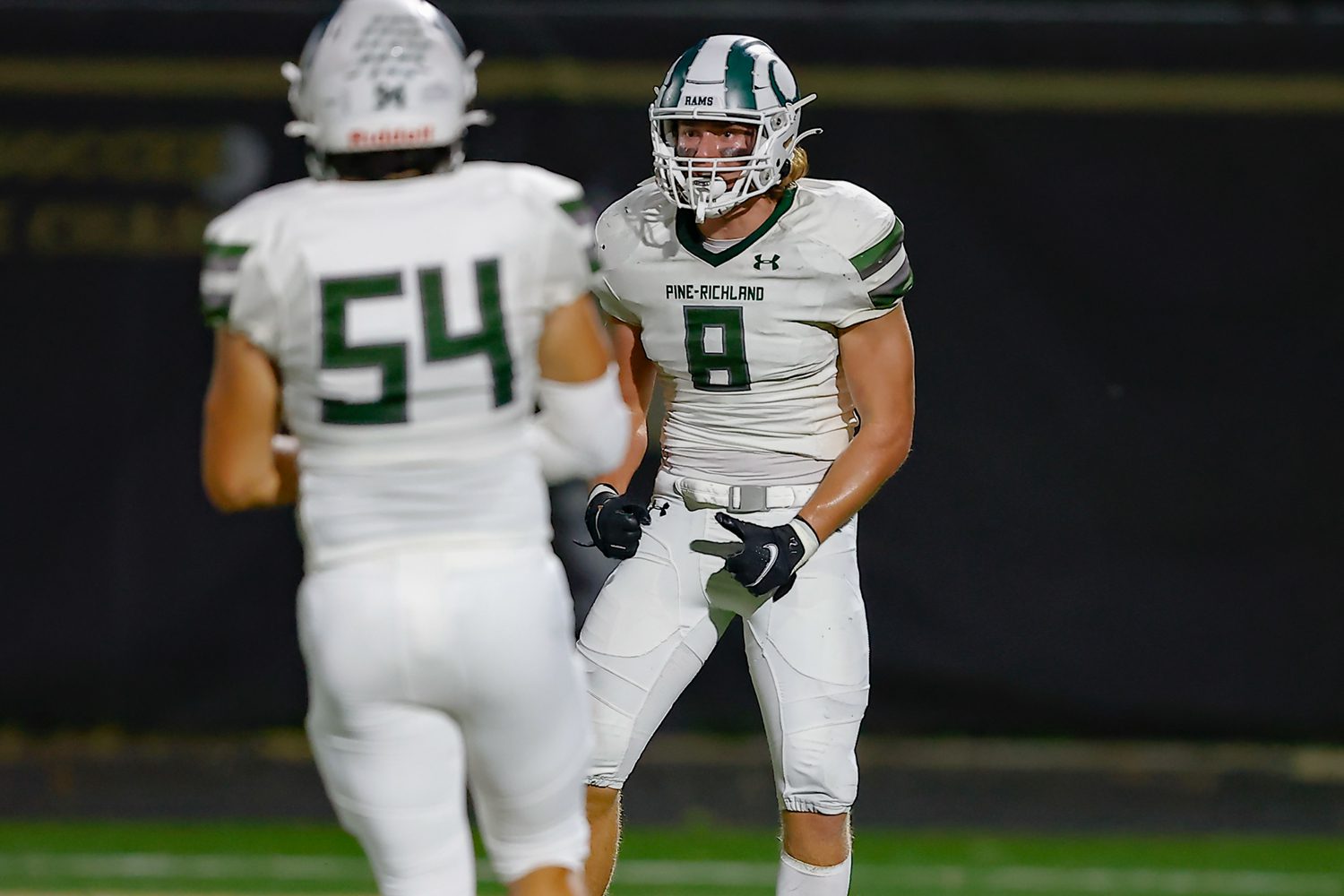 Jeremiah Hasley celebrates after sacking Gateway's quarterback during the first quarter of the Pine-Richland 21-7 win over the Gators. Images by Jared Todhunter

MONROEVILLE, Pa. — Luck is when preparation meets opportunity. While it can be argued that the bounces fell the right way for the Pine-Richland Rams, it could just as easily be stated that PR showed up as the more prepared team and the one that capitalized when the opportunity presented itself. The results of that preparation led to Pine-Richland improving to 2-3 with their 21-7 win over the Gateway Gators, who dropped to 3-2.

Pine-Richland put the pressure on Gateway early by connecting on a long bomb from Colton Boyd to Brad Gelly for a 65-yard touchdown that made the score 7-0. Gateway fired back quickly as Brad Birch drilled a long pass to Dallas Harper for a 33-yard score.

While it looked like we had a shoot-out on our hands, the game turned from there and turnovers became the deciding factor. A bobbled snap on a Gateway punt gave Pine Richland the ball at the one-yard line for an easy touchdown.

The ensuing drive saw a Gator interception by Branden Ansell lead to Rams points. The Rams scored two plays after the pick, one a bomb to Alex Gochis to set up a quick rush, which had two turnovers lead to 14 points on three plays.

Pine-Richland continued their pursuit of football. The Rams deflected a ball at the line, leading to an interception by Jeremiah Hasley. They also blocked a field goal right before the half. Considering the number of turnovers and mistakes by the Gators, you could argue the 21-7 lead for the Rams at the half could have been larger.

The Rams’ pursuit for turnovers continued into the second half where they forced a turnover on downs early into the third quarter. With the lead and smelling the desperation off of the 4th down miss, Pine-Richland began to get after the quarterback.

They finished with seven sacks and could have had 10 if it were not for quarterback scrambles that turned into gains of a yard. The defense flexed their muscle and Gateway struggled to move the ball at all in the second half. With a comfortable lead and a swarming defense, the Rams held onto their first-half lead and closed the game out.

Pine-Richland will have a big matchup next week hosting Penn Hills while Gateway will host Greater Latrobe.