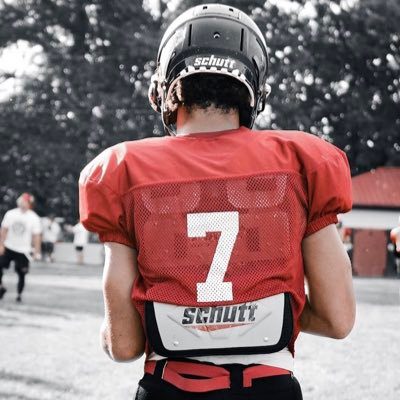 The rich tradition of Aliquippa football is well known throughout Western Pennsylvania.

That tradition also includes Aliquippa players going on to continue their playing career with the Pitt Panthers. This past weekend, a player in the Quips pipeline made his first trip to Heinz Field on an unofficial visit to check out Pitt.

Cameron Lindsey is a 6-foot-2, 190-pound sophomore for Aliquippa. Lindsey’s recruitment is still in its infancy but it got started with him receiving that invite from the Pitt staff to the New Hampshire game.

Pittsburgh Sports Now caught up with Lindsey to learn more about his visit and what it was like being on the sidelines for the first time at a college game as a recruit.

“I found out about the invite because my dad was talking to a Pitt football administrator. After we sent him my film, he got back to us and wanted to invite me to the game,” said Lindsey. “This was my first visit to a college game as a recruit. Honestly, I was just super excited and just so happy. I’ve always just watched the games, I’ve never been to one and being on the field and up close to the players was so cool to see and experience.”

“We had to go to a different entrance to the stadium that recruits go in. I then got a pass that let people know that I was a recruit. We go to go past the Pitt locker room as they were coming onto the field. When I got on the field, the Pitt players were going thru warmups. Just being on the field made you feel like a player although I didn’t have equipment on. It was really cool to be there.”

This year for Aliquippa, Lindsey is playing at both running back and linebacker. He tells PSN that the strength of his game as a running back is “finding that hole in the line and getting through it as fast as he can. Defensively, I’m able to read the play well as a linebacker and get to where I need to be most of the time.”

Cameron Lindsey goes 15 yards up the middle for a score. PAT is good. Quips now lead 24-7 with 6:55 left in the half. pic.twitter.com/r3tHvrvW5q

“I’m not really thinking about recruiting right now because we’re in the middle of our season. After the season is over is when I’ll start thinking about it more and see what’s out there.”

Aside from Pitt, Lindsey tells PSN that two of the teams that he grew up liking and following were both Ohio State and Penn State.

Cam Lindsey has great potential. His father was a very good linebacker and leader when he played for the Quips. Like they say the apple doesn’t fall far from the tree. It’s great to see that Cam is getting noticed and his future is definitely bright.