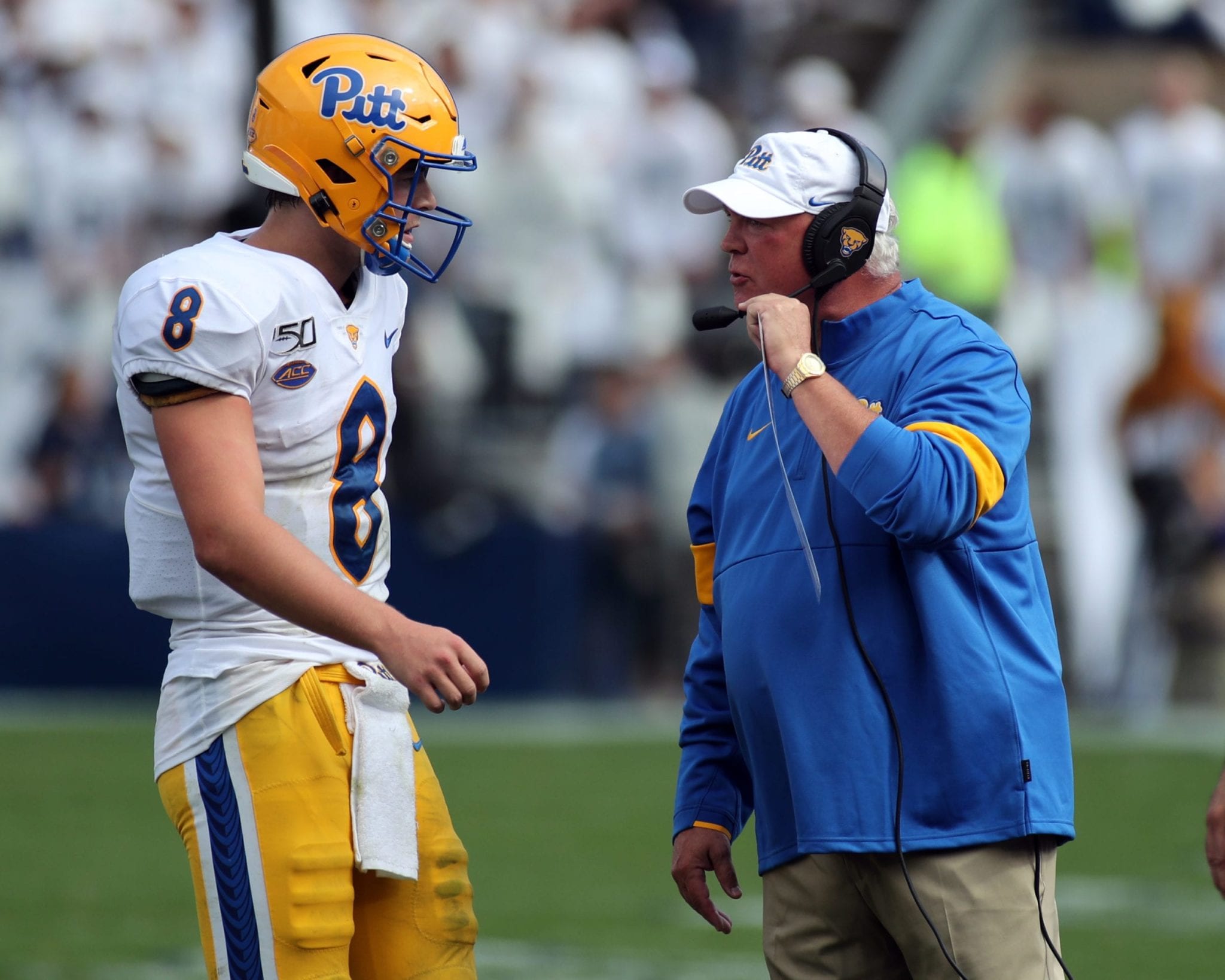 It’s another Friday night of high school football not only in Western Pennsylvania but across a lot of the country.

Considering they’re on a bye week, this gave the Pitt coaching staff a chance to get out today and tonight to do some in-person recruiting of some of their current commitments but also of players they hope to get a commitment from in the future.

Here’s some information that Pittsburgh Sports Now has gathered throughout the day.

Pat Narduzzi, along with Charlie Partridge, were at Central Valley High School this morning to see 2022 commit Sean FitzSimmons. The big defensive tackle is having a standout season for Mark Lyons team and is a big piece of Pitt’s future defensive line. Partridge will also be in attendance to watch FitzSimmons tonight as Central Valley plays Keystone Oaks.

Tonight, Narduzzi, along with Archie Collins, will travel to Eastlake, Ohio to watch their future 4-star offensive tackle Ryan Baer.

Offensive coordinator Mark Whipple is in New Jersey recruiting some elite talent including a 4-star quarterback. PSN is told that Whipple is attending the 4 PM football practice for the Hun School in Princeton, New Jersey.

We’re told that Whipple is looking at a handful of players, led by 2023 4-star quarterback Marco Lainez. Aside from Pitt, Lainez has offers from Illinois, Iowa, Michigan State and West Virginia.

The other big name is freshman athlete Kamar Archie (6’3”, 200), who holds offers from Penn State, West Virginia and Rutgers. A couple other players that Whipple could be watching are 2023 lineman Logan Howland and 2024 defensive end Owen Wafle. This team is loaded with future FBS prospects.

Texas is another state that the Pitt staff is in today. Wide receivers coach Brennan Marion was at Manor Senior High School to see 2022 3-star wide receiver commitment Che Nwabuko this afternoon. Marion will stay tonight to watch Nwabuko in action.

Pitt will have two coaches in New Jersey to see a top senior target. PSN has learned that both Cory Sanders and Tim Salem will be in Union, New Jersey to watch 2022 4-star cornerback Davison Igbinosun, who recently de-committed from Rutgers. This elite, athletic cornerback made an official visit to Pitt in June.