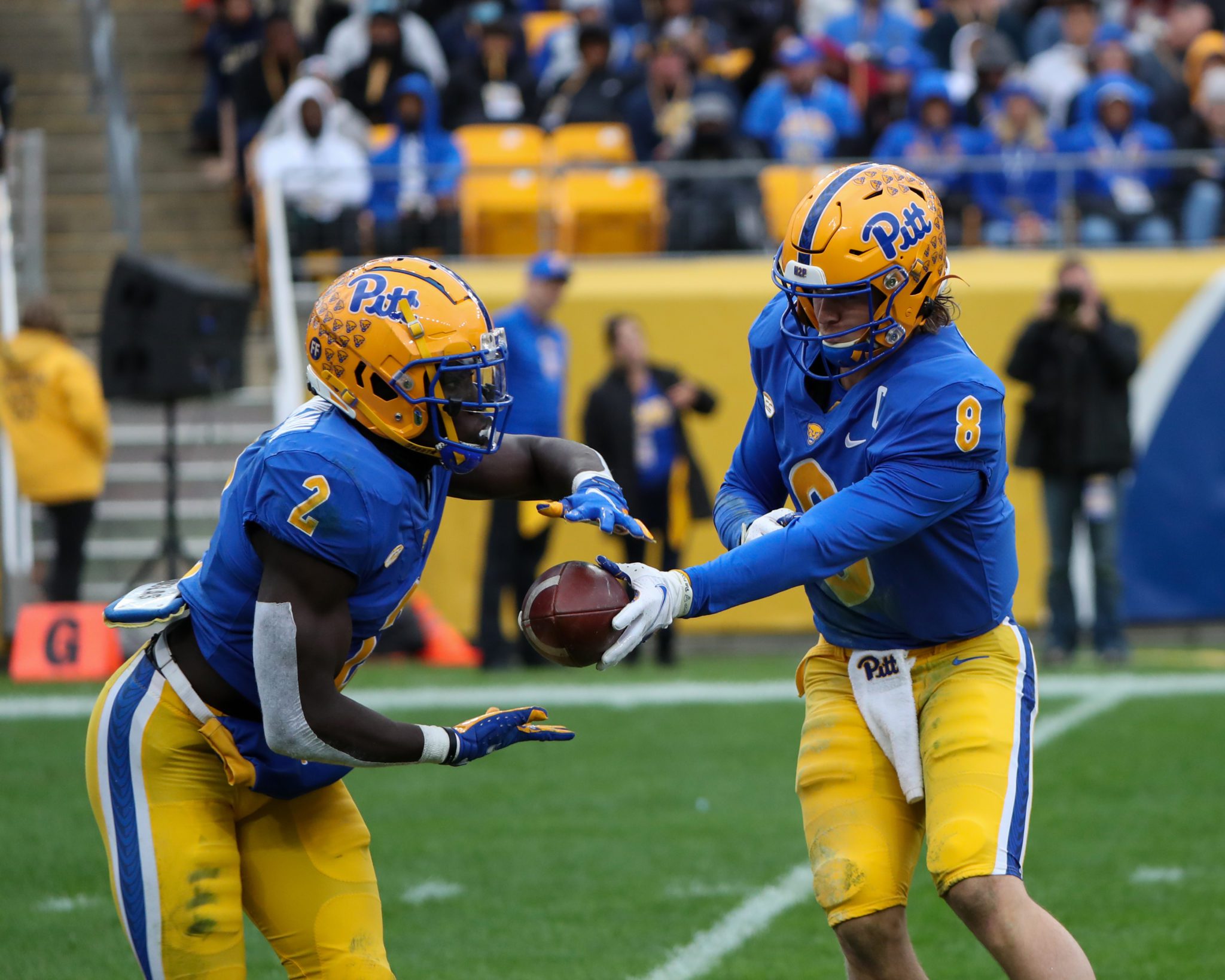 PITTSBURGH — Pitt head coach Pat Narduzzi said he expects running back Israel Abanikanda to return for the team’s game next week against Miami.

Abanikanda left Pitt’s 27-17 win over Clemson in the third quarter while being monitored for concussion symptoms after taking a shot by Clemson linebacker James Skalski.

“I love that kid,” Narduzzi said. “He’s a great running back. He’ll be back soon. We expect to have him next week, be ready to roll.”

Abanikanda made his first start of the season, after having mostly been used as a change of pace to Vincent Davis, but had come on recently, rushing for 60 or more yards in each of Pitt’s last three games and setting a career high with 140 against Virginia Tech on Oct. 16.

He rushed nine times for 56 yards before leaving the game on after a high hit from Skalski. Narduzzi was asked what he though of the hit.

While Davis continued to play after Abanikanda’s injury, most of his role went to freshmen Rodney Hammond Jr., who entered cold in the fourth quarter and rattled off 66 yards on 11 carries late in the game as Pitt was protecting its lead.

Wide receiver Jordan Addison left the game at halftime and was also in the concussion protocol. Narduzzi did not give an update on his status. Linebacker Phil Campbell III returned after missing the Virginia Tech game with an undisclosed injury and had two tackles. Defensive tackle Keyshon Camp returned from an injury suffered against the Hokies and also had two stops.

Great win.
Nice job by Hammond in relief. Dumb question: whatever happened to AJ Davis, Todd Sibley and Daniel Carter? Not unhappy with the young backs, but find it weird how many backs get fewer carries as they get older.
H2P.

dennis wagner
Reply to  J B

I agree both Daniel Carter and Sibley should be given an opportunity. Vince Davis has proved to be a dud, despite his over use. No other back in football gets stopped at line of scrimmage than Davis. And the “flea’ is too small for D1. D. Carter and Sibley have the size, at 230 to gain 4 yrds on first down, punish the opponents defense, as Pitt’s previous 1,000 yard runners did; Conners and Ollison. They were both 4 star recruits and with Pitts OL built for off tackle blocking, Pitt could be smash mouth running team again, and give… Read more »

Skalski is a goon more suitable for hockey than college football. The fact he plays for Clemson gives him more leeway than a lesser mortal. The first targeting call on him when he went helmet to helmet was just a gutless call by the ref. The second one (not called) was worse. Balls on the ground, receivers looking at it and then Skalski cheap shots him. If he makes it to the pros, he will enjoy a short career because someone will take exception to his antics.