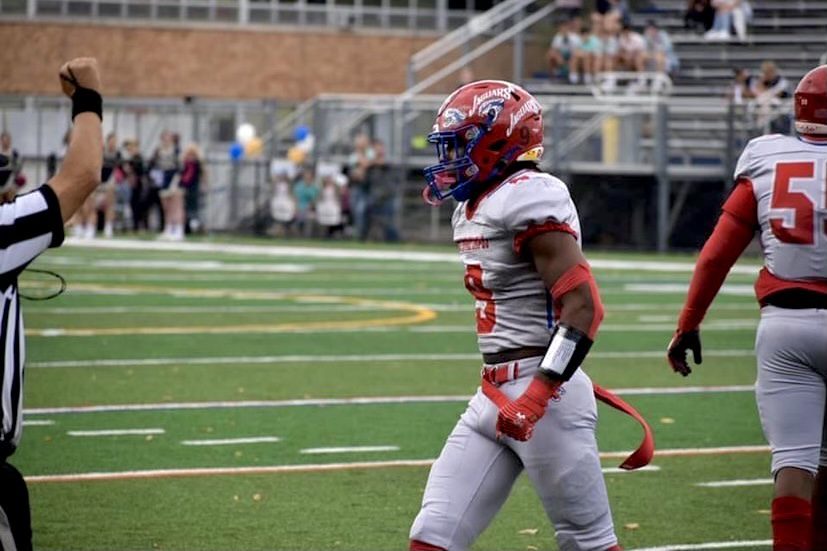 The Pitt football program has a lot of positive things going on with the team soundly defeating Clemson and quarterback Kenny Pickett garnering Heisman attention. The momentum is building, and that can be felt by people outside the program, namely high school recruits.

New Jersey senior linebacker Kyle Louis is one of those players and felt as though it would be a mistake to pass on them. So last night, he decommitted from Temple and gave Pat Narduzzi a commitment.

The native of East Orange, Jersey is now the 12th member of Pitt’s Class of 2022, five of which are now defensive players.

Pittsburgh Sports Now spoke on Tuesday morning with Louis, who admits breaking his commitment to Temple wasn’t easy but was something that needed to be done.

“As my coach said, he’s dealt with a lot of kids that have committed to Division I programs but has never had to deal with someone that had to decommit,” said Louis. “Personally, I’m very big on loyalty but I felt as though I had to make this business decision as a young man. I just felt as though it was the time to decommit from Temple and instead go to Pitt, which has a very bright future.”

“I first started receiving interest from Pitt last winter and have been talking a lot to Coach Salem and Coach Manalac. During the summer, I went to Pitt for a workout and an unofficial visit. After that, that’s when it really started taking off with Pitt but that was after I had already committed to Temple.”

Louis informed both Temple and Pitt of his decision last night. I asked him if their was anything in particular that led him to deciding then?

“I actually wanted to make the decision last Friday because we were on a bye week and felt as though it would be the perfect time,” said Louis. “But something came up and I had to wait until Monday instead. I talked to my coach first in his office and told him. Plus, after what I saw with Pitt this weekend against Clemson, I felt as though I had to take advantage of this opportunity and couldn’t waste it. I watched the game on television and knew Pitt was going to win. It was a great game and Pitt is now ranked No. 17 in the country. Pitt’s quarterback did such a great job and so did their defense.”

Due to this athleticism, Louis was playing cornerback, safety, linebacker and defensive end from his high school program at East Orange Campus. Louis is expected to play outside linebacker at Pitt. Aside from excelling on the football field, Louis is also a track standout and runs in the 100-meter, 200-meter, 400-meter, and relay events.

Due to this athleticism, Louis was playing cornerback, safety, linebacker and defensive end from his high school program at East Orange Campus. Louis is expected to play outside linebacker at Pitt. Aside from excelling on the football field, Louis is also a track standout and runs in the 100-meter, 200-meter, 400-meter, and relay events.

In seven games this season, Louis has recorded 73 tackles, 16 tackles for loss and has scored 4 touchdowns (one punt return, two receiving and one rushing).

“Pitt always tells me that they’re a sound blitz defense and very aggressive with their blitzing and feel as though I’m a perfect person for that. I’ll be playing the STAR position and they also need someone to be precise, move with precision, someone that can also cover people and always be in the right spot at the right time,” said Louis.”

This Pitt Panther program is in first place in the ACC Coastal Division and fighting to earn a spot in the conference title game. Pitt is getting a ton of national media attention and for the first time in a long time, Pitt has serious buzz heading into November. The future is bright and Louis couldn’t be more excited to be a part of their future.

“I am so excited and actually haven’t been this excited in my entire life. I just can’t wait to join the program and put my head down and get to work.”

Smart kid….he sees what is going on at Pitt. Everyone in the media nationally sees it.
To bad the local nitter dominated media is in Pittsburgh.

What is it with the PG “sports stylebook,” which never mentions the heights and weights of these recruits?