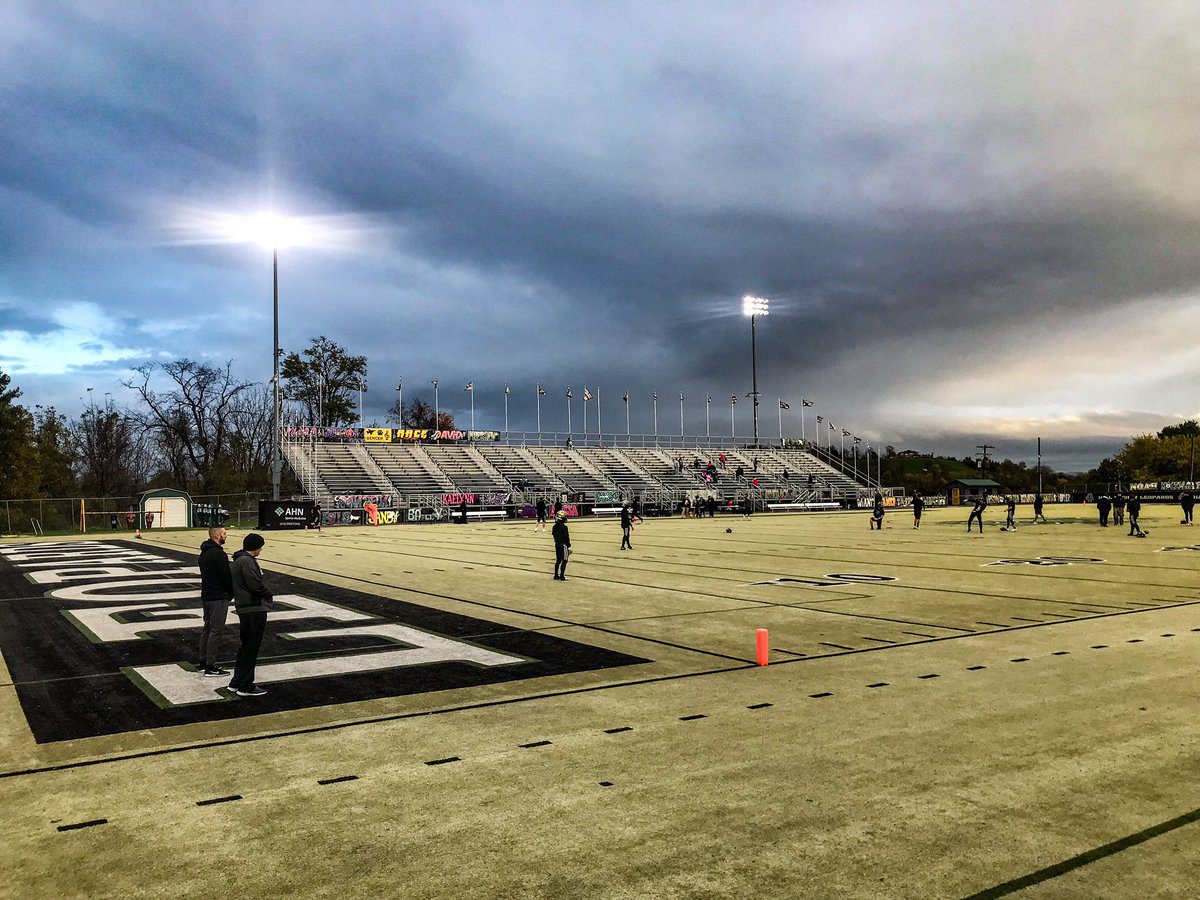 BELLE VERNON, Pa. — After finishing in second place in their conference in each of the past three seasons Belle Vernon was poised to show that they were not a runner-up as the 4-A Big Eight conference title was on the line against McKeesport.

Both teams entered the game unblemished in conference play, and while both teams qualified for playoffs, Belle Vernon showed how important that conference title was as they beat down McKeesport 46-14. The win pushed Belle Vernon to a perfect regular season at 8-0, while McKeesport fell to 7-2.

The night quickly turned into the Devin Whitlock show. The Leopards forced a three and out and that was all Whitlock needed to put the Tigers behind the eight ball.

Whitlock returned a punt and dashed up the gut for a 70-yard return that gave Belle Vernon a quick 7-0 lead.

Belle Vernon got the ball right back, and this time needed an offensive play or two to score. Quinton Martin took their second offensive play 59-yards, and the Leopards got up 13-0 to start.

Then, Whitlock started to test his powers through the air. Whitlock scrambled and extended plays behind the line before tossing two prayers up that were answered for game-changing touchdowns.

Chase Ruokonen hauled in a 16-yard jump ball in the end zone, and all of the running around Whitlock did left Jake Gedekoh wide open to waltz into the end zone after the impressive play extension.

McKeesport fell down 26-0 before answering quickly with a long drive that ended in a 25-yard scamper by Bobbie Boyd to cut the lead to 26-7.

Still, with three minutes to go in the half Whitlock was not satisfied and wanted to bury the Tigers. He took off from the opponent’s 42 and ran 58 yards, juking, hurdling, and finishing with speed to make the score 32-7 at the half.

By that point, Whitlock had a 70-yard punt return, a 58-yard rushing touchdown, and two touchdown passes on improbable extensions of the play.

The video game performance on offense underscored that he locked down the outside as a cornerback. Whitlock had multiple pass breakups and two huge open-field tackles that saved big runs from occurring. It was a sight to see as he put the team on his back to carry them to the finish line.

The second half got off to a slow start as McKeesport relies heavily on their ground attack. Belle Vernon held them off, and Devin Whitlock started the second half scoring off with a three-yard rush that gave the Leopards a 39-7 lead as the third quarter closed out.

McKeesport struggled to stay in the game but was aided by a Belle Vernon fumble. This resulted in a scoop and score that pushed the lead to 39-14. The touchdown helped but proved to be too little, and too late. Belle Vernon milked the clock, and McKeesport was unable to score enough to cut the first-half deficit.

The clock started to bleed out when Quinton Martin ripped off a 66-yard run to extend the lead to 46-14 and all but ended the game with just five minutes to go.

Both teams will find out their playoff matchup in the coming days.