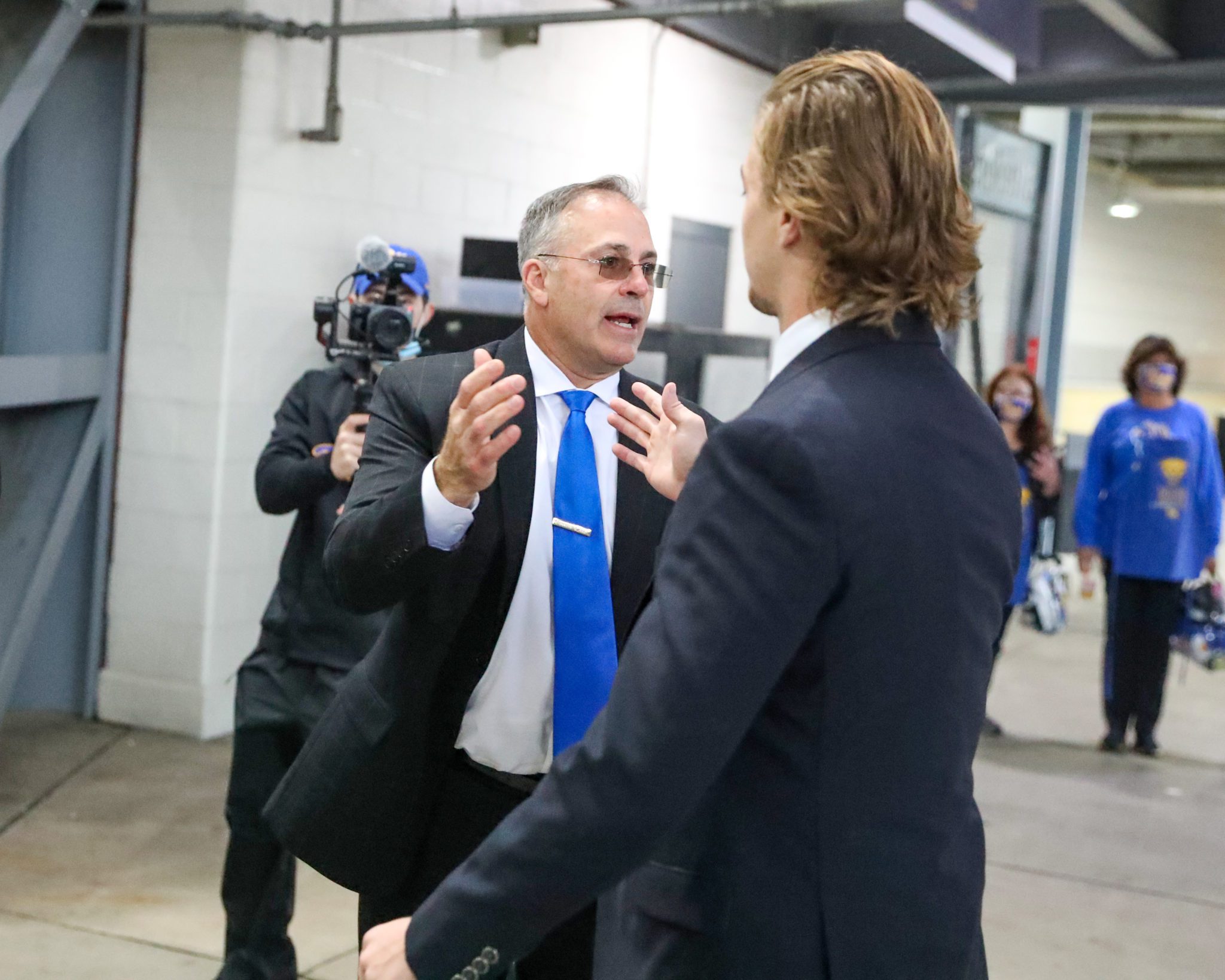 It’s GameDay for Pitt as they try to rebound from last Saturday’s loss to Miami. Despite the loss, the Panthers remain in first place in the Coastal Division and control their own destiny with four games left.  Oddsmakers have Pitt as -21.5 point favorites over Duke. Stay with PSN for pregame, in game, and postgame coverage.

Kenny Pickett is the first Pitt QB to ever record multiple TD passes in the opening 9 games of a season.

Pickett was on 🔥 in that first half:

Gabe Houy is out of the tent. Still dressed to play. No crutches. But has his right ankle taped up. Unclear if he returns. @PghSportsNow

Keyshon Camp on crutches, will not return per broadcast.

His biggest goal? Win a championship.

Go behind the scenes with QB1 as he prepares for today's game at Duke.#H2P » #BeatDuke pic.twitter.com/BI4q34kE55

We try not to read too much into these things, but I did notice that glove Rodney Gallagher is wearing. https://t.co/jy0xVhLZCW

Absolute stud as a player and even better person& teammate!! Great catching up with you BK! #H2P #maddogs https://t.co/1aCXWscEKb