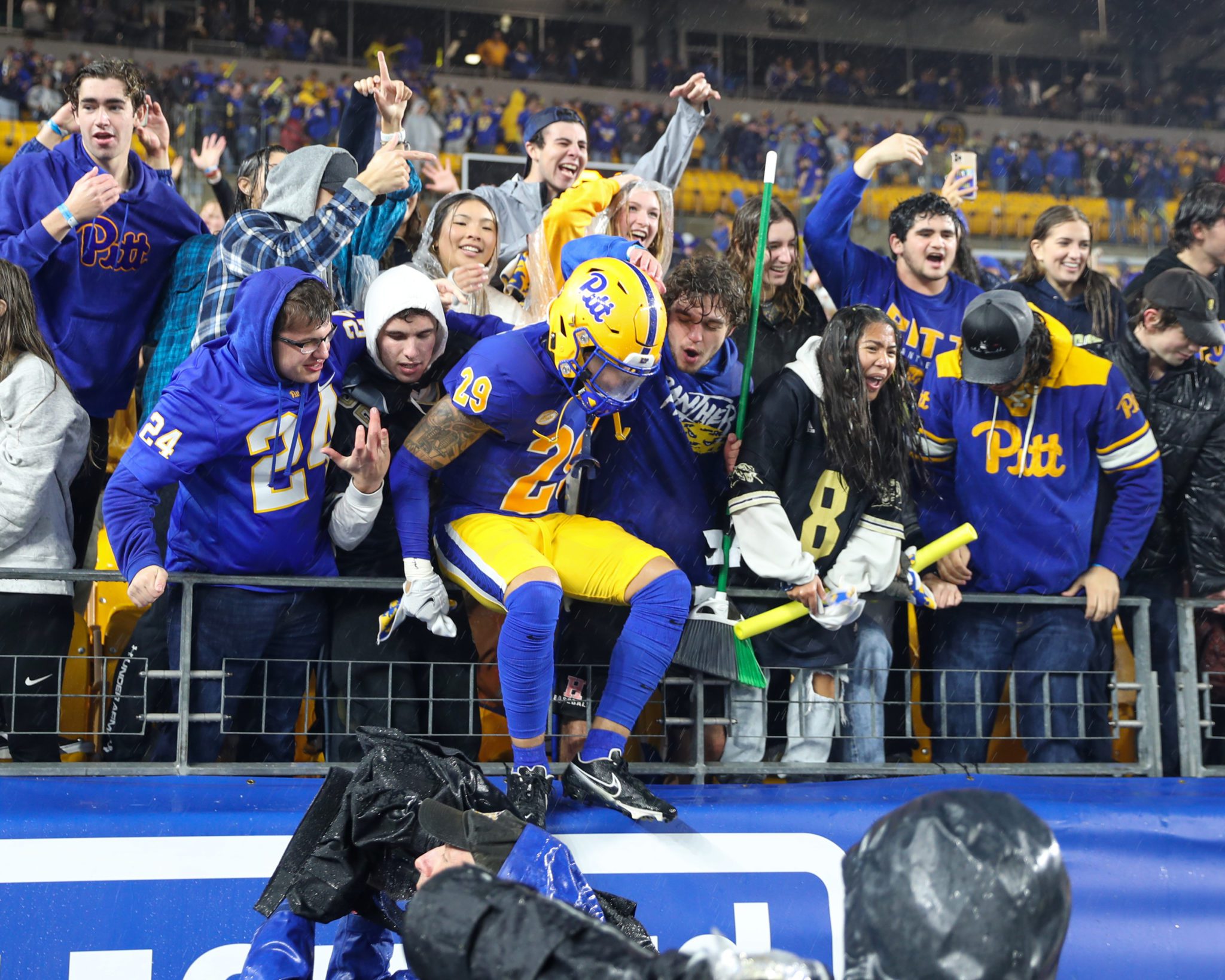 With Wake Forest securing its place as the top team in the ACC with a 45-42 win over North Carolina State to lock up the ACC Atlantic division, Pitt used an inter-divisional win of its own to continue to rise back up the AP and USA TODAY Coaches Polls.

Coming off a 30-23 overtime win over North Carolina in the rain at Heinz Field Thursday night, Pitt rose five spots to No. 20 in the AP Poll and three spots to No. 19 in the Coaches Poll Sunday.

POLL ALERT: Alabama jumps Cincinnati to No. 2 behind Georgia in AP Top 25; Sooners slip 8 spots to No. 12 after 1st loss.

Despite Georgia (1,550 points, 62 first-place votes) allowing an opposing team to its best start of the season, the Bulldogs still cruised to a 41-17 win over Tennessee Saturday afternoon to maintain its stranglehold on the top spot in the AP Poll.

Wake Forest’s (851 points) win over then-No. 21 North Carolina State wasn’t enough to move the Demon Deacons off of the No. 13 spot in the poll, but a win did secure the division title. So, Wake Forest remains the top-ranked team in the ACC.

Pitt (358 points) moved back into the Top 20, at No. 20, with the crucial win over UNC and bypassed North Carolina State (95 points) for the title of “second-highest ranked ACC squad.” The Wolfpack fell four spots to No. 25 with the loss to Wake Forest.

The ACC didn’t feature another team in the poll nor the “Others receiving votes” category.

Take a look at this week's entire Top 25: https://t.co/VxODrYbTog pic.twitter.com/0xueshzLEb

Which is another example of when head-to-head results with the same record are and aren’t prioritized when looking at the big picture in seeding. In different situations, with Oregon clinging to a top spot because of a head-to-head win over OSU, and Michigan bypassing Michigan State despite a head-to-head loss a couple of weeks ago.

Wake Forest (847 points) rose one spot after the NC State win, and Pitt’s (446 points) three-spot jump leaves both teams ranked inside the Top 20. NC State (138 points) fell five spots to No. 24 after the aforementioned loss.

Louisville (five points) and Clemson (four points) received the 10th and 13th most points among teams in the “Others Receiving Votes” category.