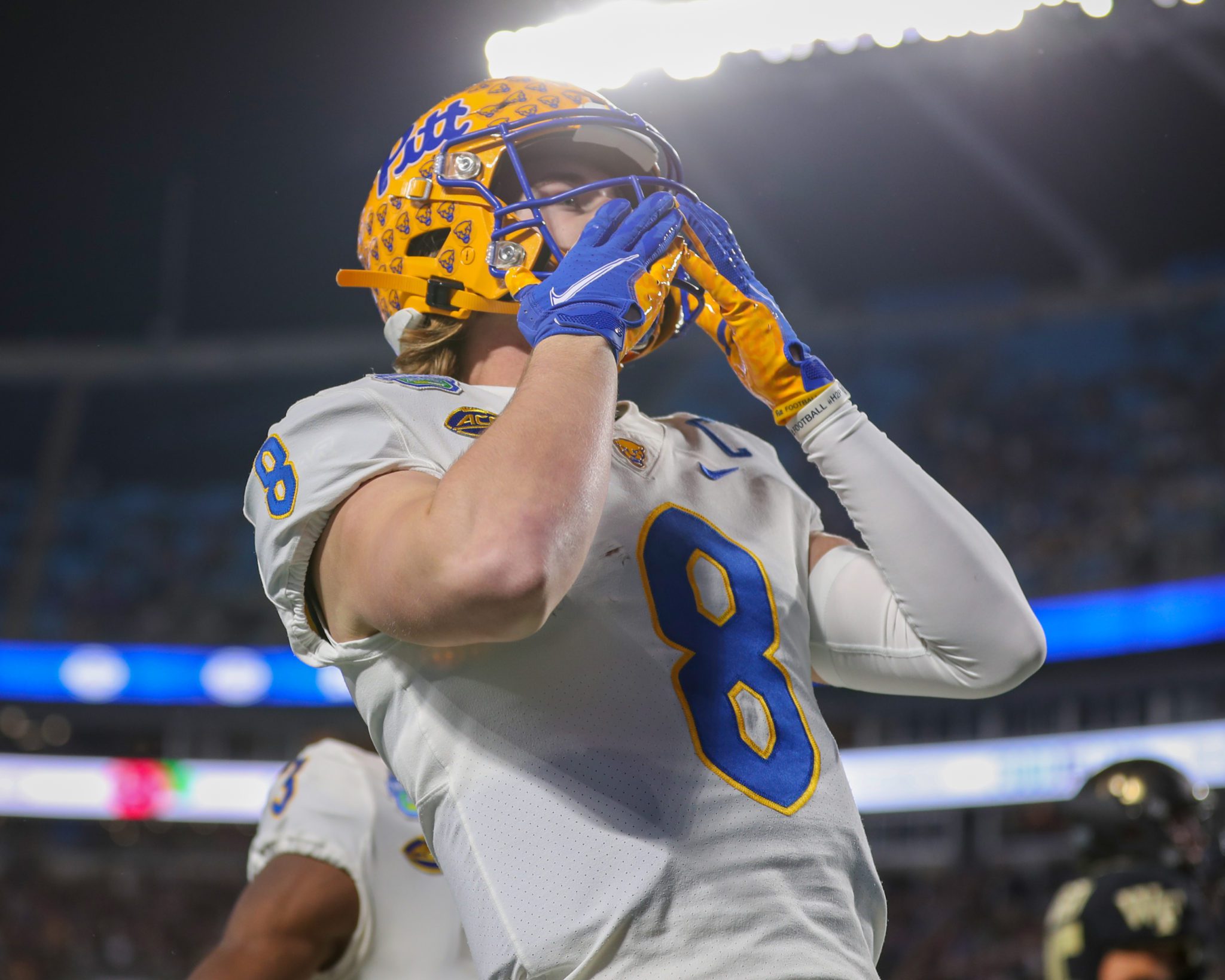 The next stop for Pitt football is Atlanta, Georgia for the 2021 Peach Bowl, but Kenny Pickett will need to make a quick detour before gearing up for the biggest game of the season.

Pickett will be heading to New York City for the 2021 Heisman Trophy presentation on Saturday, Dec. 11 at 8 p.m. on ESPN after officially being named as one of the finalists for college football’s most prestigious award.

Along with Aidan Hutchinson, C.J. Stroud and Bryce Young, Pickett is one of the four finalists (after a new rule change set the fixed finalist mark at four players) that will be in contention for the Heisman.

Pickett’s inclusion among the four finalists isn’t only well-deserved but much-needed after a season in which he’s set Pitt records, ACC records and led Pitt to an ACC championship for the first time. While Pitt has quite a few players to be thankful for this season, Pickett’s ascension to the peak of college football has provided the jolt that the Panthers have needed for a long time.

While Pickett’s importance to Pitt cannot be overstated, from an on-and-off the field perspective, his stats this season almost tell the whole picture.

Pickett has thrown for 4,319 yards and 42 touchdowns on 334-of-497 passing attempts, with only seven interceptions, while he’s rushed for 233 yards and five more touchdowns — including a 58-yard fake slide touchdown in the ACC title game.

With Pickett playing for Pitt, and not Alabama, Oklahoma or USC, his candidacy has often taken a backseat this season, but that’s exactly why his candidacy should take a step forward. He’s the leader of a Power Five conference champion, with quarterback stats that compete with anyone in college football. He’s done the most with the least this season.

Pickett’s success this season, his team-first approach to the program and his selflessness, which when combined with the slow, steady rise to superstardom, show what college football is all about.

In the age of college superstars spending a year or two in a system designed for their maximum optimization, Pickett spent an entire career working toward the player he is today. And while the other candidates are obviously very deserving, Pickett embodies what the Heisman is all about.

Tony Dorsett is the only Pitt player to ever win the Heisman Trophy, and only Larry Fitzgerald in 2003, Craig Heyward in 1987 and Hugh Green in 1980 have been finalists for the award since. Pickett would be Pitt’s first Heisman winner since Dorsett in 1976.

In This Together: Pitt’s Kenny Pickett Releases Heisman Statement

Just a Heisman Hopeful? Kenny Pickett Should be the Heisman Leader