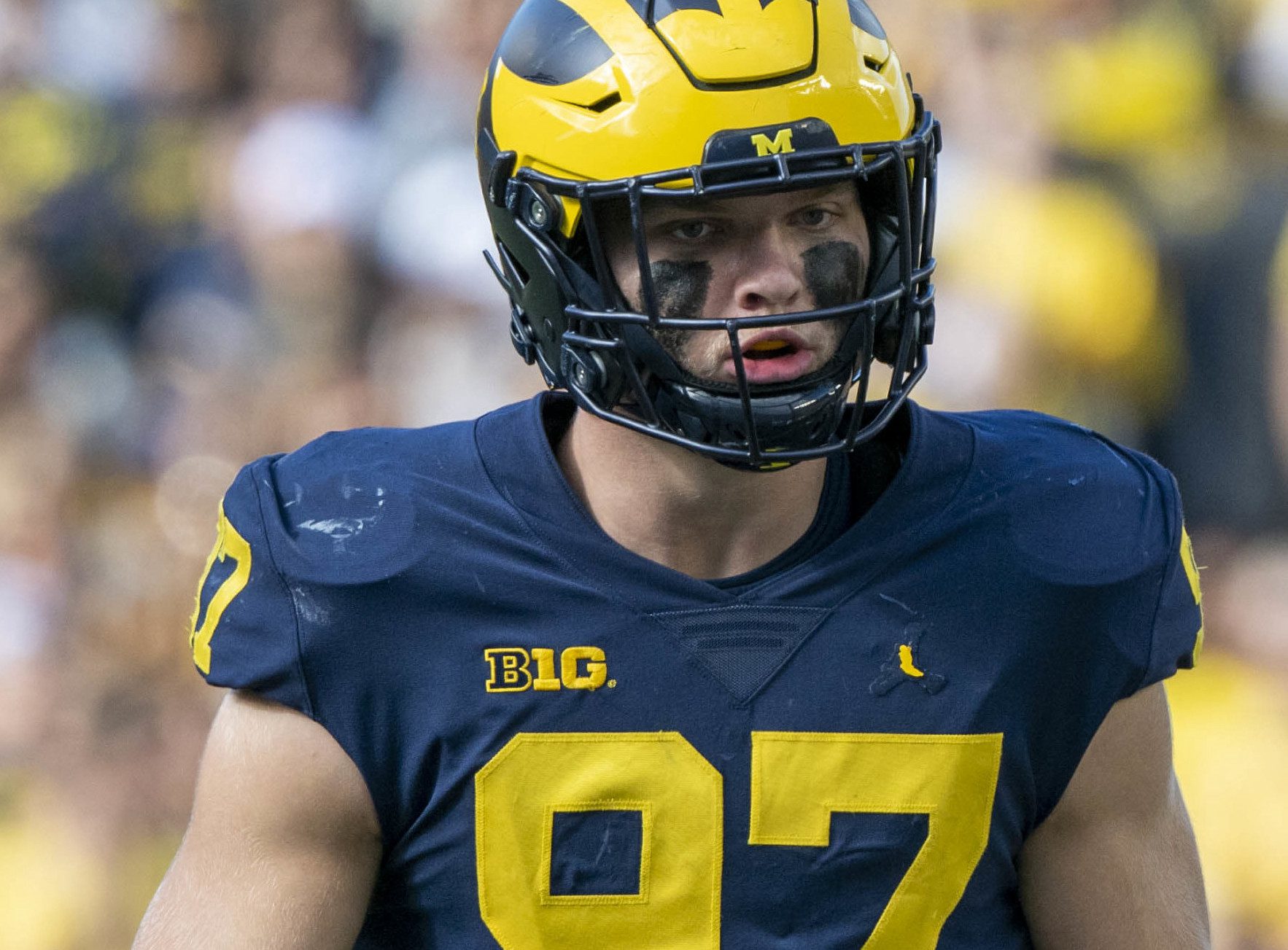 NEW YORK — As a defensive player, you wouldn’t think that Michigan defensive end Aidan Hutchinson would be particularly impressed by the fake slide that Pitt quarterback and fellow Heisman Trophy finalist Kenny Pickett used to score a big touchdown in the ACC Championship Game against Wake Forest.

But that’s not necessarily the case.

“That was crazy,” Hutchinson said during his press briefing with the media on Friday. “All the defenders started slowing down. It was a little weird, but hey, that was a cool thing.”

Of course, Hutchinson can now safely say that without having to fear that another quarterback will try it on him. The NCAA announced this week that the play will be called down in the future if a quarterback fakes a slide.

“He invented it, and now it’s banned,” Hutchinson said with a smile.

Pickett referenced the rule change in a post on social media, saying “changed the game.”

The Pitt quarterback will join his Heisman Trophy finalist brethren on Saturday after accepting the Johnny Unitas Golden Arm Award on Friday night in Baltimore.

I think the opponents would have had a legitimate reason to complain if they had been anywhere in the same zip code as Pickett during the play but they weren’t so the complaining made zero sense to me. Coach Narduzzi’s tweet summed it up well.