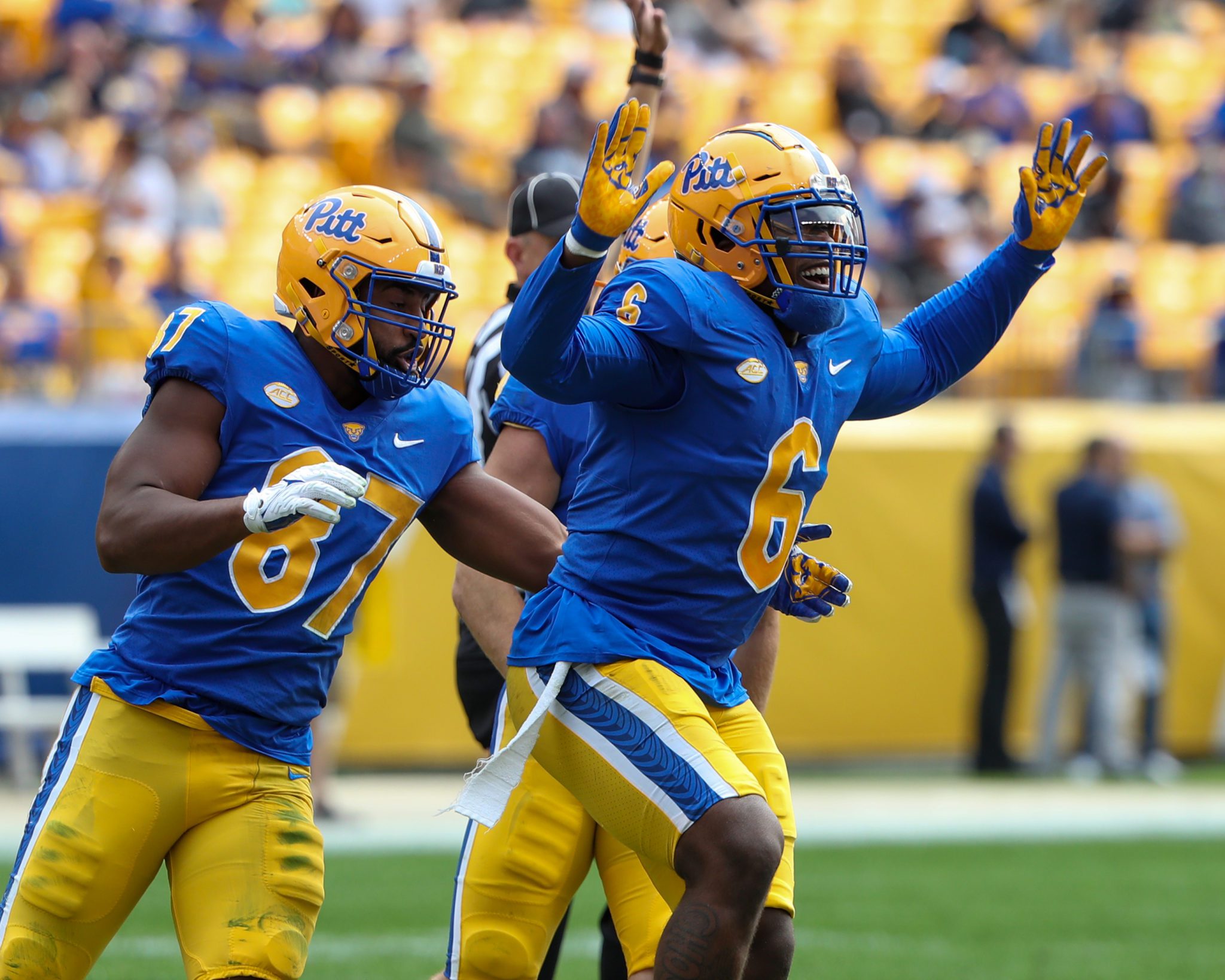 If you lose to a directional Michigan team, there’s going to be backlash. And Pitt felt that this season.

When Pitt lost to Western Michigan on Sept. 18, the outrage was swift and immediate. Head coach Pat Narduzzi and his inability to adjust — especially defensively — were lambasted and led to vocal cries for his firing. To many, Pitt was cooked.

After a nice win over a competitive Tennessee team in Knoxville, following a season-opening win over UMass, the feeling around Pittsburgh was that Pitt could be competitive this season. But after allowing 34 points to the Vols and 44 to Western Michigan in a loss the following week, Randy Bates’ defense appeared to be the Achilles heel.

A loss like that, in the midst of what was supposed to be the season for Pitt, hurt. But it gave Pitt the chance to come back and overcome adversity, and his defense has done just that.

“There are many, many (lessons), and I would say when you talk to our athletes after you talk to me, I’ve reminded them all along that the most important thing about a setback like that is learning from it and continuing to improve because of it,” Bates said Tuesday.

Pitt allowed 160 yards and three touchdowns on the ground against Western Michigan, with the Broncos eating up the clock to more than double Pitt’s time of possession on the heels of 48 carries, but the Pitt secondary was torched for 357 yards and three more touchdowns. The defense couldn’t get off the field, couldn’t force any turnovers and couldn’t generate consistent pressure against WMU’s Kaleb Eleby.

Habakkuk Baldonado was one of the best Pitt players on the field against Western Michigan, racking up seven tackles (six solo), 2.5 tackles for loss and a sack, but it was a loss that still hasn’t gone away for him either.

“It was a long time ago, but seems like it was yesterday,” Baldonado said Tuesday. “It was a tough loss. I think we’ve learned a lot from that game. It’s been a huge moment in our season. We changed a lot of things in our defense. In my opinion, that’s what allowed us to have the season that we had after that game.”

Pitt’s rush defense, while allowing 160 yards at a slow, plodding pace, wasn’t great, but it came down to Pitt’s defensive backs being unable to win individual battles on the back end — which is required for success in Narduzzi’s defensive scheme.

Western Michigan ran the run-pass option to perfection against Pitt, picking on Erick Hallett in particular, but it was a rough outing from the entire secondary.

“I think that Western Michigan game just added fuel to our fire,” Calijah Kancey said. “We pretty much learned from that game and picked it up ever since.

While Pitt’s defense did pick up its play since the Western Michigan game, it hasn’t come without slip-ups and another poor performance later in the season — although not on the same scale as the loss to the Broncos.

Pitt managed to shut down New Hampshire, Virginia Tech and Clemson — and Georgia Tech to a lesser extent — over the next month, but a home game against Miami exposed Pitt’s defensive struggles when facing a good, accurate quarterback.

Tyler Van Dyke carved Pitt’s defense up, throwing for 426 yards and three touchdowns, and once again, Pitt’s secondary struggled to adapt to a quarterback who could consistently stretch the field with his arm. A 38-34 loss to the ‘Canes put a damper on Pitt’s season, but the Panthers did continue to fight.

Brandon Hill said the Miami game really hurt, but like the Western Michigan game, Pitt’s defense learned a lot about itself. And with a potential third loss killing any momentum that Pitt could’ve built, the defense had to respond. And it did.

“So how we responded after that, that really says a lot about the University of Pittsburgh and their football team,” Hill said Tuesday. “So, we just always just focus on the next week and once we began to do that, it just built our success, fueled our success. And I feel like Pittsburgh is going to be a great university that people will always remember.”

Pitt handled Duke, UNC and Syracuse down the stretch — with M.J. Devonshire picking off UNC’s Sam Howell to clinch an overtime win over the Tar Heels — but Virginia’s Brennan Armstrong did light up the Pitt defense to the tune of 487 yards. Although, that was the norm for Armstrong on the season. Pitt’s offense — Kenny Pickett and Jordan Addison in particular — did enough to escape the Hoos, and the Panthers clinched an ACC title berth.

With a battle of Top 5 offenses in the ACC championship game, Pitt allowed a quick 21 first quarter points to Wake Forest. And… that was it. Pitt clamped down, made life hell for Sam Hartman and allowed Pickett and the offense to coast to an easy 45-21 win.

Western Michigan and Miami both started hot against Pitt, and it proved to be an insurmountable deficit in both contests as, despite better second half performances, both the Broncos and Hurricanes still continued to score. In the biggest game of the season — of the century — against the Demon Deacons, Pitt’s defense didn’t allow a single point after the first quarter.

“I believe that’s something that our athletes have done a great job of is learning from the problems that we had in that game and then moving on from it,” Bates said. “And that was the most critical thing. And I believe we’ve done that.

“And I think that’s why we’ve had success, is we’ve not forgotten that we had that game, and we had some issues that we’ve corrected. And we’ve moved on from it and gotten to be a better football team because of it.”

Despite Michigan State missing star Kenneth Walker III in the Peach Bowl, many expect quarterback Payton Thorne to have a big game in his stead. Not if Pitt’s defense has anything to say about it.

Pitt’s lost to one Michigan team this season, but the defense will be damned if it happens to another Michigan team — no matter who it is.

From the Other Side: Pitt-Michigan State Peach Bowl Preview Show

If our offense stalls, we will be in trouble. Unlike us, they have their starting q.b. and their two best receivers playing. They’re going to try to throw on us. Mathis isn’t playing, it’s going to be tough. This Pitt team has a lot of fight, and they seems to make big, timely plays. I have to believe in our Panthers tonight.