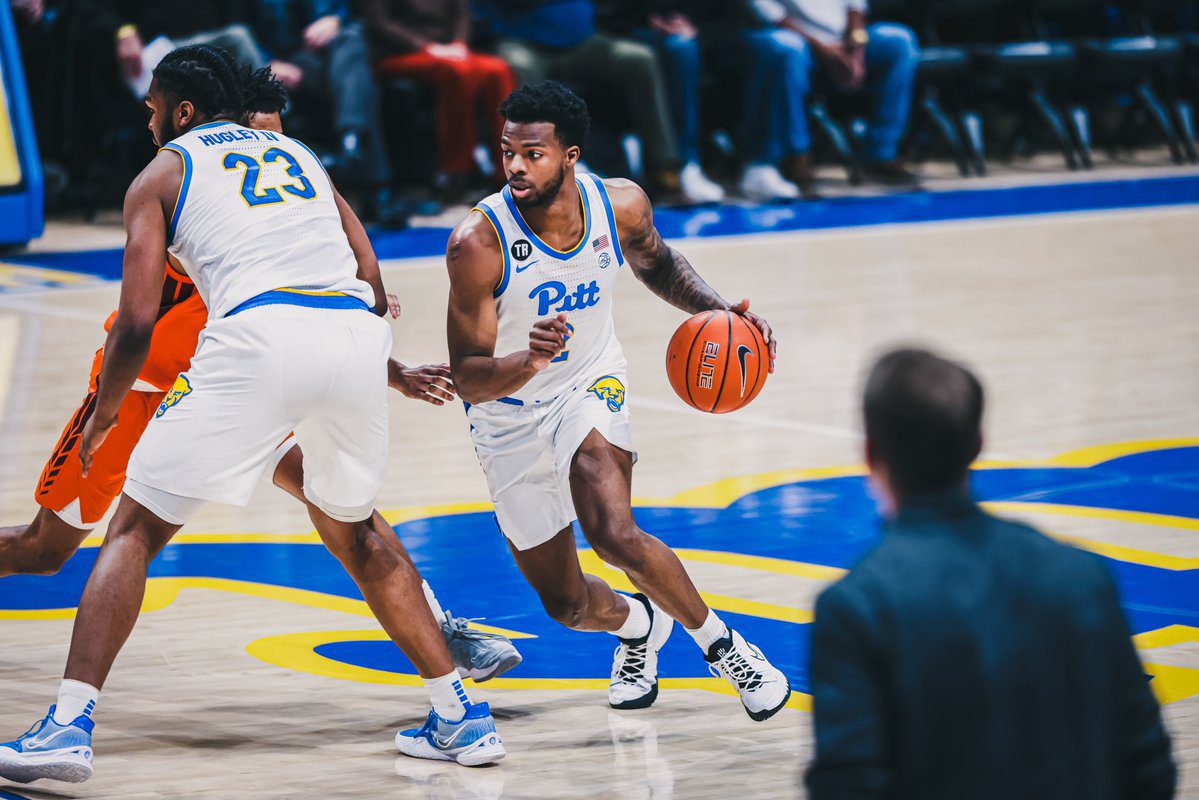 PITTSBURGH — On Saturday night, Virginia Tech weathered a furious second-half comeback effort from Femi Odukale and Pitt and took down the Panthers by a score of 76-71 at the Petersen Events Center.

After a wild up-and-down game headlined by Odukale’s second half play, the Panthers found themselves within as little as three points with just seconds to play.

When Virginia Tech inbounded the ball, Odukale, the Panthers’ leading scorer on the night, swooped in to intercept the pass, but fell out of bounds in a diving effort.

However, then came a successful inbound pass that led to two Storm Murphy free throws, and Pitt’s comeback effort had officially fallen short.

Pitt’s guards, Odukale and Jamarius Burton, did all they could in the second half, combining for 36 points in the frame, but the Panthers could not pull within those three points of the Hokies.

Virginia Tech built up its huge lead by shooting an outstanding 75% from the floor in the first half, including a deadly 10-13 mark from three-point range. At the half, the Hokies held a commanding 27-point lead, which they would never surrender.

For the Panthers, Odukale, who powered through a leg injury suffered in the second half, finished with a game-high 25 points on 8-for-11 shooting, including 5 for 7 on three-point attempts. In the second half alone, he hit seven of his eight field goal attempts, including four of his five threes.

Burton concluded the game with 21 points of his own, going 9 for 13 from the field. In his stellar second half, he hit 6 of his 7 shots in the comeback effort.

With the loss, Pitt has now fallen in three-straight games, and drops to 8-15 on the season as well as 3-9 in ACC play. The Hokies improve to 13-10 and 5-7 in conference play with the win.

The two teams will compete in a rematch in just a few days on Monday, Feb. 7 this time meeting in Blacksburg, Virginia as the Hokies will play host to the Panthers. That game will tip off at 7 p.m. and will be televised on ACC Network.

Same thing over and over. Might as well copy and paste the results of most every game. This team in not good and the coaching is atrocious.

On another note, can we get a preview of the Panther’s baseball season? Coach Bell has his program on an upward trajectory and has brought an influx of talent to Pitt. They should be competitive and hopefully will make the tournament this year. Their season starts in about two weeks and would appreciate the coverage!

Amen KK. Any thumbs down to that post is just a pitt homer. This program is in shambles. I don’t care how hard they “battle”…..only 1 maybe 2 of these kids should be on an ACC roster. Capel can’t coach or recruit. He hasn’t advanced the program and based on recruiting, nothing is coming in the pipeline. Kids don’t want to play for him seemingly. The program is an embarrassment at this point……..and no one can argue that

I can argue that. However you & the rest of the clowns who run this site are too gutless but they have no problem with racist comments from Katman/Send It In!