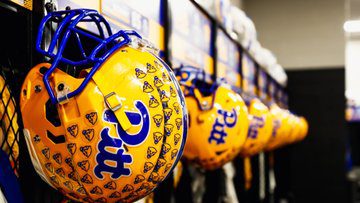 Mark Whipple’s impact at Pitt cannot be denied. He was a phenomenal influence on Kenny Pickett, helping to fuel Pitt’s best season in four decades. But, no one could mistake him for a willing recruiter.

In fact, one of his most notable recruiting visits while with Pitt now lines up with his Nebraska interview and the recruit he met with — former Florida State quarterback Chubba Purdy — would up following him to Nebraska.

With Kenny Pickett off to the NFL, impressing at the Senior Bowl after leading Pitt to its first ACC title in program history, Pitt landed USC transfer Kedon Slovis to fill the void left at football’s most important position. However, if everything goes to plan for Slovis and Pitt in 2022, he’ll follow Pickett to the NFL at the conclusion of the season.

And with Nick Patti now nearing the end of his own college career and Davis Beville and Nate Yarnell both largely unproven in their college careers, there’s always room for competition within the program. If Cignetti’s offers pay off, Pitt will have plenty of competition.

Kohl, a 6-foot-6, 227-pound three-star pro-style quarterback out of Ankeny High School in Ankeny, Iowa, is a big-time quarterback recruit in the 2023 class.

The 336th-ranked recruit in the class, according to 247Sports, slotting in as the 19th-ranked quarterback and third-ranked recruit from Iowa, is a big-time recruit. With offers from Boston College, Florida State, Indiana, Iowa, Iowa State, Minnesota, Missouri, Nebraska, Penn State, Pitt and Wisconsin, he’s well recruited.

The interesting offer is Boston College, signaling his extended relationship with Cignetti dating back to his time with BC.

Rivals is even higher on Kohl, rating him as the 221st-ranked recruit in the class, checking in as the 11th-ranked pro-style quarterback and the third-ranked recruit from Iowa.

Kohl has been busy in his visiting process, making extensive visits to Iowa and Iowa State and also making appearances in Missouri, Nebraska, Penn State and Wisconsin, but Pitt will surely push for his visit now.

Edmundson, a 6-foot-2, 195-pound pro-style quarterback out of Lake Travis High School in Austin, Texas, is another highly-rated quarterback in the class of 2023.

As a junior in 2021, Edmundson threw for 3,239 yards and 38 touchdowns while completing 62 percent of his passes and leading Lake Travis to an 11-3 record.

Edmundson rates as the 433rd-ranked recruit in the class, checking in as the 22nd-ranked quarterback and the 71st-ranked recruit out of Texas, according to 247Sports.

Glenn, a 6-foot-2, 195-pound pro-style quarterback out of Lausanne Collegiate School in Tennessee, checks in as another valuable three-star quarterback in the class.

Rivals hasn’t ranked Glenn nationally, with the three-star recruit checking as the 25th-ranked recruit from Texas, but he does hold a 5.6 Rivals Rating.

Brown, a 6-foot-4, 195-pound quarterback out of Lipscomb Academy in Nashville, Tennessee, is someone that Cignetti identified.

After a phone call with Cignetti, Brown came away with an official offer from Pitt. And it’s the first official scholarship offer from any college for Brown.

Honored and humbled to get off the phone with Pitt’s OC @FrankCignetti receiving my first scholarship offer. To be recognized by a program with as rich of a history as Pitt is a privilege. Without Faith, Family and my Teammates, this isn’t possible #God1st #Time2EarnIt #Hail2Pitt pic.twitter.com/LlmbIVzhHE

Lipscomb’s starting quarterback in 2021, Luther Richesson, committed to Cincinnati as a three-star recruit, and it’ll be up to Brown to replace him in 2022 and possibly commit to Pitt in the process.

Brown has received offers from Pitt and Eastern Kentucky so far — with both coming on Saturday.

Vizzina, a 6-foot-3, 200-pound four-star pro-style quarterback from Briarwood Christian High School in Alabama, is one of the top-rated quarterbacks in the class.

With a long list of offers including Auburn, Clemson, Florida, Kentucky, Notre Dame, Tennessee, Georgia, USC, Penn State, Wisconsin, Wake Forest Ole Miss, LSU and more, Cignetti has a tough task in pulling him away from the clutches of southern powerhouses.

While Vizzina is rated as a pro-style quarterback, he flashed his dual-threat ability at Briarwood Christian. He threw for 2,065 yards and 16 touchdowns at 68 percent completion and ran for 600 yards and 15 touchdowns on 122 carries.

Johnson, a 6-foot-2, 170-pound four-star dual-threat quarterback from Maize High School in Kansas, is the only dual-threat option that was offered by Cignetti.

blessed and excited to receive an offer from the University of Pittsburgh🔵 #pitt pic.twitter.com/hOVroU0gLd

Johnson racked up 3,630 yards of total offense at Maize, leading the Eagles to an 11-3 season. He threw for 2,550 yards and 20 touchdowns and ran for 1,080 yards and 22 more touchdowns while completing just about 60 percent of his passing attempts.

Whipple seems to shine only if he has a star quality QB at his disposal. He really didn’t run a balanced attack as the RB’s capabilities were not maximized and the O-line often struggled with run blocking effectiveness. A phenomenal season however as a result of the Kenny Pickett/Jordan Addison show.

I think Frank Cignetti Jr. changes the paradigm by maximizing the talent of the entire offense. Looking forward to next season.