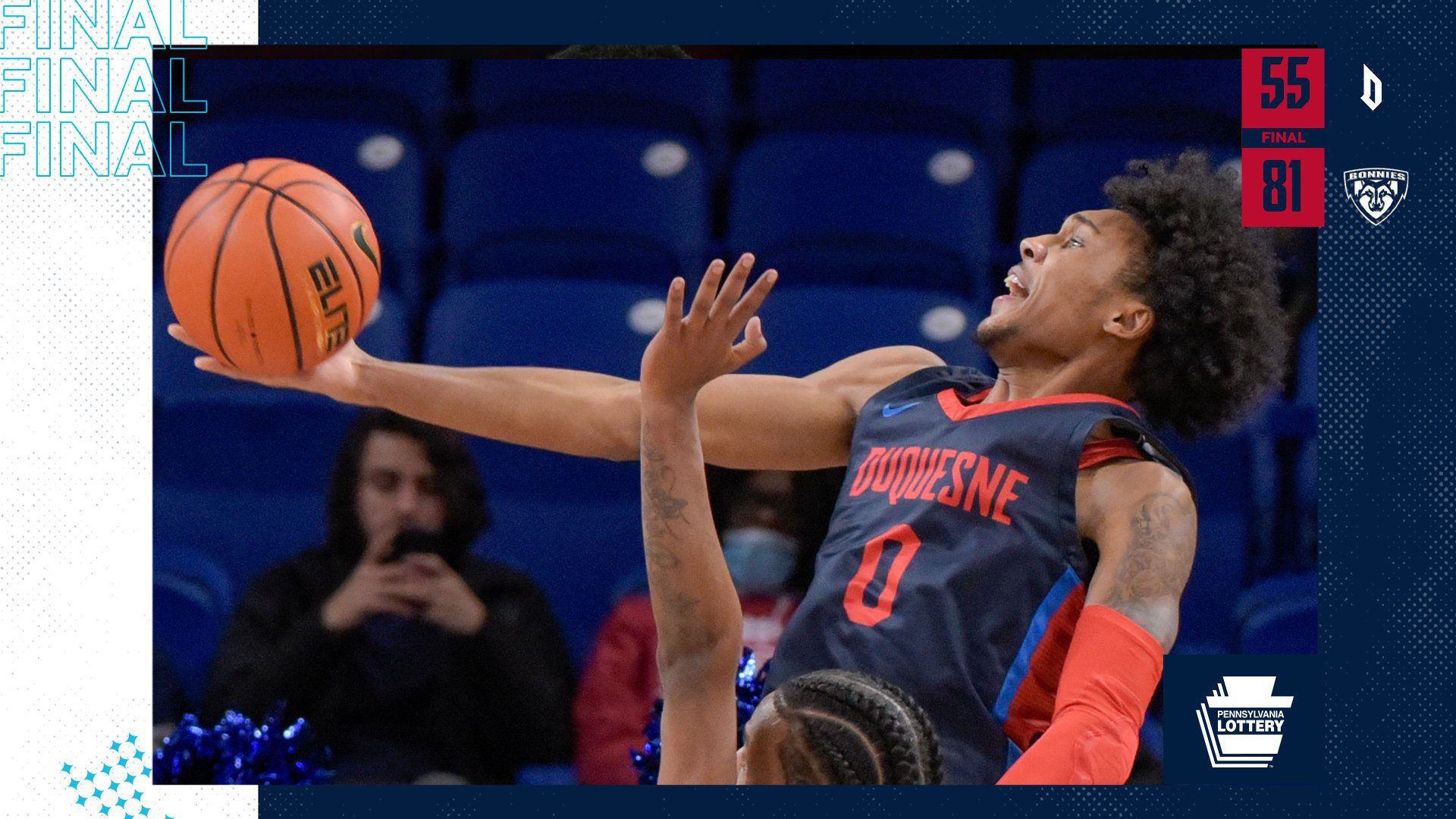 “It’s a character check,” said Duquesne head coach Keith Dambrot on staying motivated during the losing streak. “There’s going to be a million times in life that things don’t go well, you have a choice to put the white flag out or continue battling”

It was a tough night for the Dukes, as they only led once in the entire game, after they scored the first basket to make it 2-0. The Bonnies then went on a 11-2 run and never relinquished the lead. The closest the game got was a five-point deficit in the first half.

Mike Bekelja, brought the score to 18-13 with 9:03 left in the first when he hit the Dukes first 3-pointer. The Bonnies then ended the first half by out scoring the Dukes 21-8 in the games last seven minutes. The two teams went into halftime 39-22.

“We struggled from more than just the three-point line today, it was shooting in general,” said Dambrot. “It’s tough to win when you struggle to score and it’s tough to make stops on defense when you can’t put points on the board.”

It was in the paint where the Bonnies truly won the game. The Bonnies outscored the Dukes 48-22 from downlow and outrebounded them 42-25. Dambrot admitted a struggle to stay motivated during the losing streak, but added that it’ll be a test of the character of his team. He compared the losing streak to tough moments that people will go through in life, and the ability to pull through demonstrates a strong character.

It’ll be another tough test for Duquesne in their next game when they host Davidson on Wednesday.

Duquesne MBB Home Game Against George Mason A No Contest

these guys are quitting and they are supposed to be the character guys.