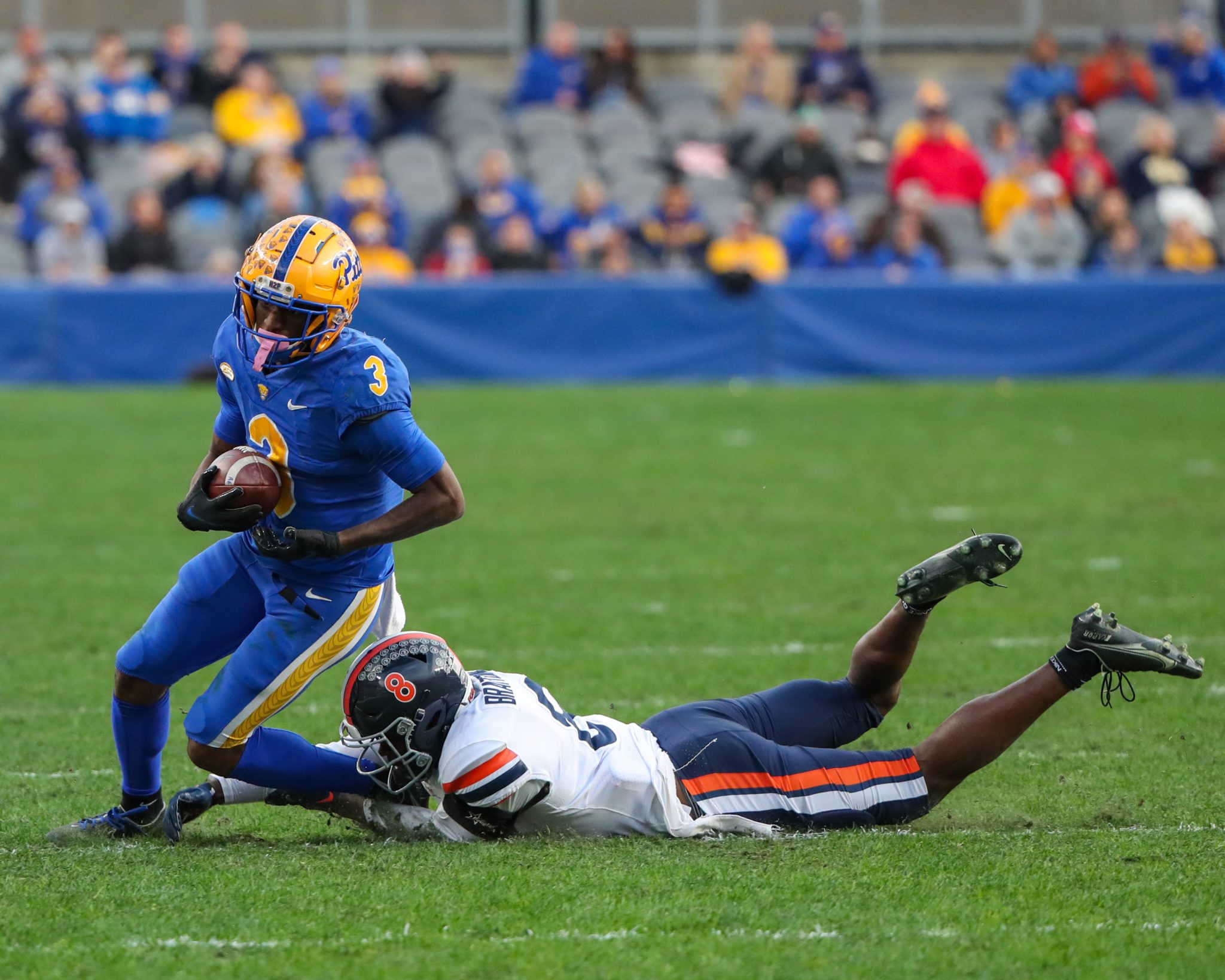 Before Jordan Addison flies down to Tallahassee, Florida for the Biletnikoff Award Celebration & Presentation on Saturday, he’s going to make sure to get some curls in.

Addison’s super sophomore season earned him the top honor bestowed to wide receivers in college football, but he wasn’t the first Pitt wideout to earn the honor. Antonio Bryant and Larry Fitzgerald both brought the trophy back to Pittsburgh, and when Addison lifted the trophy on display at Pitt’s South Side facility, he realized just how heavy it is.

But when Addison walks across the stage Saturday at the University Center Club at Doak Walker Stadium to officially accept his award, those curls will have helped prepare him but nothing like how the support of his family has prepared and motivated for that moment.

“I just see everyone in my family kinda looking up to me a little bit, so I’ve just gotta keep my head on my shoulders, stay focused,” Addison said Wednesday. “I’m excited to go down there and actually see it with my own two, so that’s a big deal for me.”

Since officially winning the Biletnikoff over Alabama’s Jameson Williams and Purdue’s David Bell in December, Addison’s life has undergone somewhat of a transformation. More and more people have recognized Addison’s face as he walks through Oakland, but perhaps more surprisingly, he recognizes himself.

“I’ve seen (people wearing my jersey) a lot actually,” Addison said. “This is my dream, this has been my dream since I was a young kid, so seeing that amazes me sometimes that I’m living it.”

In just two seasons at Pitt, Addison has fulfilled a childhood dream. He’s risen to the pinnacle of his position and already sits among the greats in Pitt history. But now that he has seen the peak, he just wants to be better.

Addison caught 100 passes (most in Pitt single-season history) for 1,593 yards and 17 touchdowns (both second in Pitt single-season history) in 2021, using a strong true freshman campaign as a platform to launch himself to the pinnacle of wide receiving in college football. The Kenny Pickett-Addison combo led Pitt to its first ACC championship, and while upping a championship season may be intimidating for some, Addison said Pitt’s wide receivers rise to the expectations.

While Pickett may be gone, competing at the NFL Combine in Indianapolis this week, the new-look Pitt offense is already beginning to take shape under the direction of new offensive coordinator Frank Cignetti Jr. and wide receivers coach Tiquan Underwood during spring practices at the UPMC Rooney Sports Complex.

Addison said he learned a lot from his first sit-down with Cignetti, seeing how knowledgeable and detailed he is as a coach, and he’s happy to be playing in Cignetti’s offense — which isn’t too unfamiliar from the offense under former OC Mark Whipple. And in Underwood, Addison may be getting his third position coach in three seasons, but it’s someone he can relate to well.

“The relationship that we all are building in the wide receiver room with him has been pretty good,” Addison said. “(Underwood’s) a player’s person, and he understands us, he played the position, so I feel like that was a really good pickup.”

Kedon Slovis and Nick Patti are competing for the chance to fill Pickett’s shoes, but Addison and Pitt’s receiving corps has already begun building that chemistry with both quarterbacks. Through repetitive routes on air and staying after practices to really hammer home chemistry on routes, designs and schemes, the rapport is built.

“We did a lot of that this offseason, just because we know we want to have a great season, so we just make sure we put in all the work,” Addison said. “Now we’re just taking it step by step.”

Addison is joined in Pitt’s receiving corps by the underrated Jared Wayne and freshman All-American transfer Konata Mumpfield. While Pitt’s depth took a bit of a hit, players like Jaylon Barden, Jaden Bradley and Myles Alston have the potential to emerge as breakout performers in 2022. The work to build the best wide receiving corps in college football, which is Underwood’s goal for his unit, is underway.

“It’s been pretty smooth since we got back, excited to be back,” Addison said. “We’ve got a lot of things to clean up, it’s only day two, so we’re going to keep working day by day.”