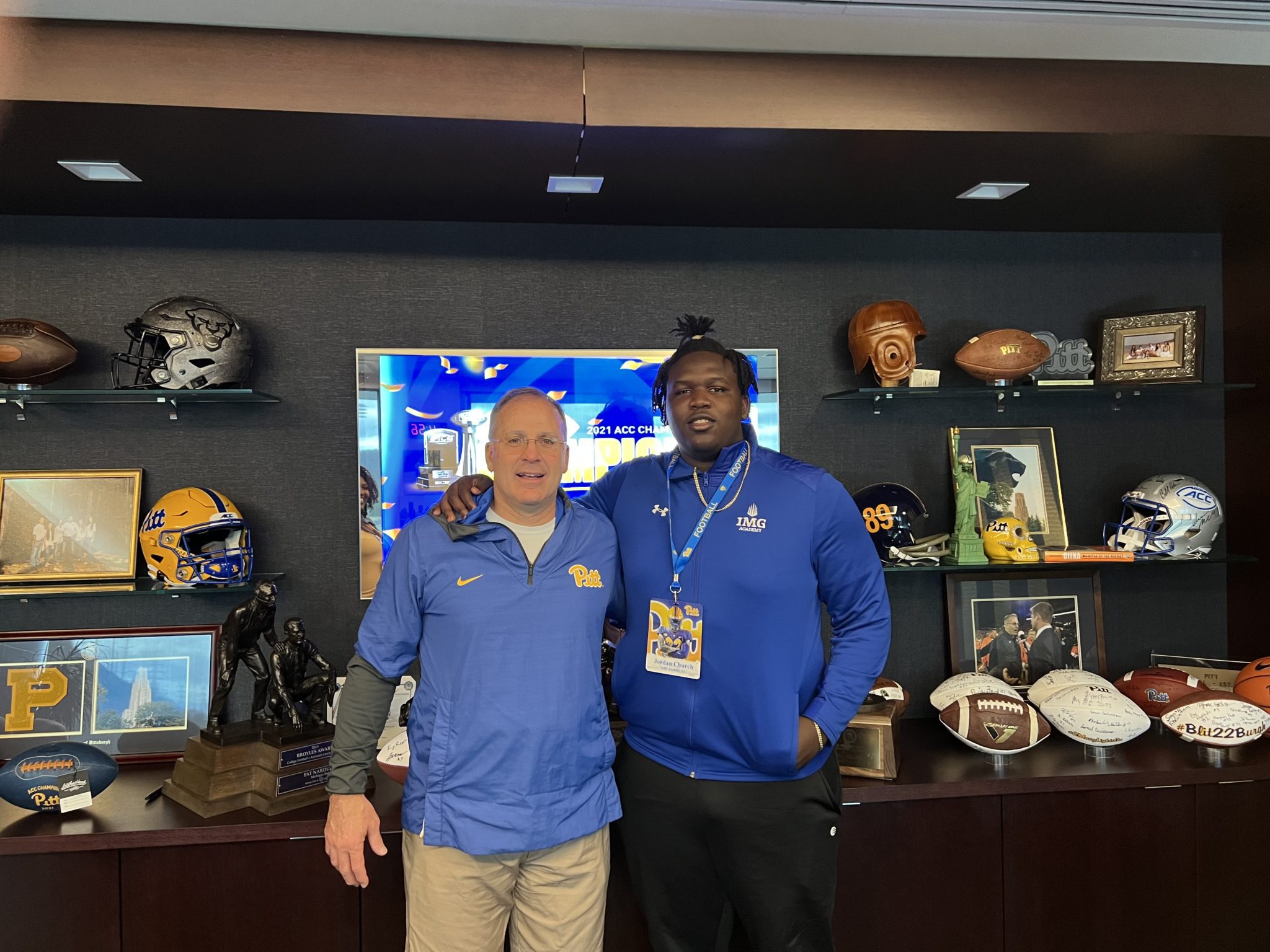 The Pitt football program is receiving rave reviews from the big group of players that made unofficial visits on Saturday.

Before boarding his plane back to go back home, Pittsburgh Sports Now spoke with Church about his first trip to Pittsburgh, what his visit consisted of and the talks he had with Pat Narduzzi and Dave Borbely.

“Prior to this weekend, I’ve been talking to Pitt a lot,” said Church. “I’ve been talking with Coach Borbely over the phone, and I know that he’s a real good coach. Because of that, I wanted to see and meet him in person and for him to meet me in person. I wanted to meet Coach Narduzzi and also see the city because I’m really interested in Pitt. I’m glad that I did because it was definitely worth it.”

“So, yesterday, we started by going to all of the meeting rooms and I went with the Pitt offensive lineman. I got to see Coach Borbely run a meeting. Then we got on the buses and went to Heinz Field and watched their scrimmage. During the scrimmage, the O-line really stood out because they pancaking out there. Then we went back and got pictures in and had talks with Coach Borbely and Coach Narduzzi one-on-one. My talk with Coach Borbely was good, We talked about a lot stuff, like point of contact, the plays they do, how they run their practices. I asked they many people lineman they were bringing in and he answered all of my questions. Coach Narduzzi, we had a really down to earth conversation. My cousin, Shocky Jacques-Louis, played for Pitt and I was telling him about what Shocky said about Pitt, which were all good things. He asked me about what I thought about Coach Borbely and I told him that I liked him a lot.”

Church went on to say that he appreciated the time he got to spend and talk with current Pitt lineman, Carter Warren and Jake Kradel, who was roommates with Jacques-Louis for a couple seasons. Church mentioned that during the offensive line meeting, they asked Borbely to step out, so that the recruits had the opportunity to talk with and ask questions to members of the Panthers line.

“I also liked the city of Pittsburgh,” said Church. “We landed at midnight and rode through the tunnel and that was nice. Pittsburgh is such a beautiful city. Although it’s a lot different from Florida, it’s very nice.”

Church tells PSN that he plans upcoming unofficial visits to both Florida (this weekend) and Tennessee (April 2) and then will plan his official visits for June.

“Pitt will always be one of the top choices for me because I love the school and love the city.”