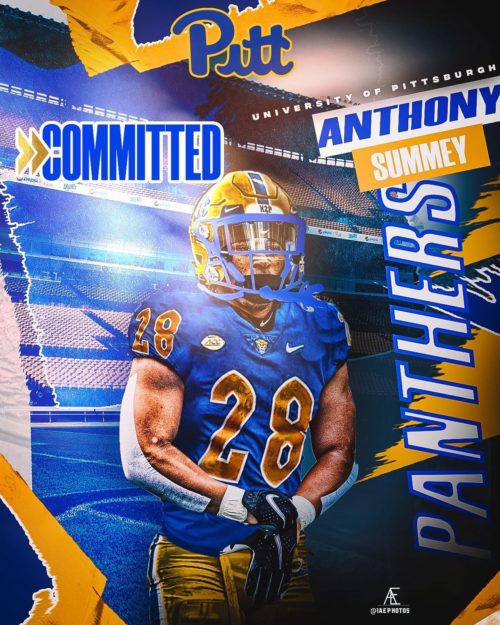 What do Kenny Pickett and Anthony Summey have in common aside from hailing from Ocean Township, New Jersey? They’ve both now committed to Pitt.

Summey, a 6-foot-1, 210-pound walk-on running back from Georgia, has committed to Pitt as a walk-on ahead of the 2022 season, arriving after announcing his decision to enter the transfer portal in December.

“I want to thank God for blessing me to make it thus far playing the game I love,” Summey wrote on Twitter. “I want to thank my family and amazing support system because without them I wouldn’t be where I am today. With that being said, I have decided to commit to continue my academic and athletic career at the University of Pittsburgh.”

While Summey wasn’t able to make an impact at Georgia, redshirting in 2019, not playing in 2020 and only racking up five carries (against UAB and Charleston Southern), he’s a veteran running back who could play on Pitt’s scout team.

With four seasons of eligibility remaining, Summey is a college experienced running back, and he’ll sit behind Israel Abanikanda, Rodney Hammond Jr., Vincent Davis and Daniel Carter, among others, entering the 2022 season as he integrates into the system.