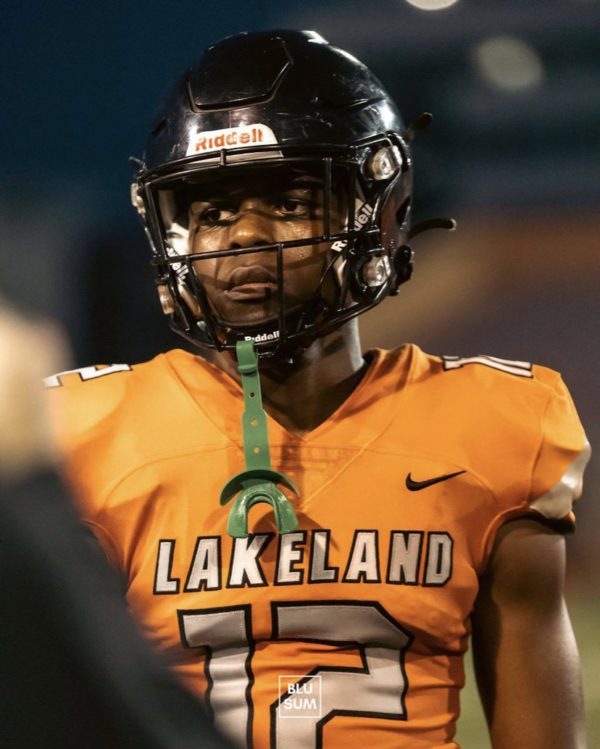 Twan Wilson has been watching Damarri Mathis play football for years, far longer than he’s been in a Pitt jersey even. And he’ll certainly be watching Mathis suit up for the Denver Broncos this fall.

Wilson, a 6-foot, 185-pound cornerback from Lakeland High School in Florida, is Mathis’s cousin. The pair have risen up through Lakeland football, both plying their trade at cornerback, and now that it’s come time for Wilson’s college decision, Wilson feels like he’s following a similar course.

“(Mathis) said it’s like a family at Pittsburgh and work harder, be better every day,” Wilson told Pittsburgh Sports Now. “Just the community and everybody wanting to eat, stuff like that, so (Mathis) just giving me the knowledge and all of that.”

“Coach Sanders is a real good guy; I can relate to him,” Wilson said. “We talk mostly every day, and he’s just been kind of up on the upcoming years. When he offered me, it was a great vibe. When he came down, he watched my spring game and we just had that bond.”

Sanders offered Wilson a couple of weeks before Lakeland’s spring game, eventually making his way down for the game itself, but that offer — and Sanders’ watchful eye during the game itself — just made him want to work even harder ahead of this summer.

With Sanders and Archie Collins, Pitt’s safeties and secondary coach, respectively, Wilson has built a great bond with both. Both Pitt coaches see Mathis’s athleticism, size and speed in his younger cousin.

And with 34 tackles (27 solo), two interceptions and a team-high 16 passes defended as a junior at Lakeland, Wilson has a nose for the ball. And with a solid frame and elite athleticism, his style of play would fit well into Pitt’s aggressive style of defensive back play.

In watching Pitt’s defense over the last four years, since Mathis really broke though in Pitt’s system, he’s seen the no-quit mentality in Pittsburgh. It doesn’t matter if it’s stopping a run play or battling back from a three touchdown deficit, he’s seen the dedication.

While neither 247Sports nor Rivals has rated Wilson yet, sliding a under the radar with just three Division I offers, he’s received steady interest from Power Five programs. With likely visits to Arkansas State, Middle Tennessee State and Virginia Tech this summer, he hopes to be able to officially announce his college decision soon.

And while Wilson hasn’t officially scheduled his official Pitt visit yet, waiting to talk with Sanders, he’s looking at a June 17-19 window for his Pitt OV.

Even without a Pitt OV yet, Wilson feels confident that Pitt is it. “They’re the top,” Wilson said. “Top one.”

Of course Pitt is “the top one”. He’s not rated and his only other offers are Eastern Kentucky and Middle Tennessee State. Tons of 3*, unrated offers going out.

Don’t come on here bashing a kid you troll. You probably aren’t even a Pitt fan. If he has an offer and Mathis bloodline he is good with me. Great article guys don’t let losers like “on campus” ruin this young man’s spotlight.