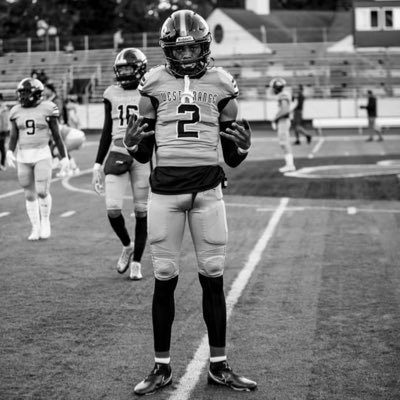 As Saboor Karriem watched the Pittsburgh Steelers’ OTAs Tuesday, he couldn’t but marvel at the opportunity before him.

It wasn’t just that he was watching the Steelers run through offseason drills at the UPMC Rooney Sports Complex on the South Side, noting just how huge Steelers’ running back Najee Harris is, but it was that he was there as a visitor with Pitt.

“There’s a stand in the hallway of all the players that have been drafted to the Steelers from Pitt, and the list is like almost double any other team, so it really speaks to the fact that going to Pitt, you have a direct correlation with going to an NFL team and getting drafted,” Karriem told Pittsburgh Sports Now.

In watching Pitt’s skill players working, seeing just how big and fast every single player is on the field in a close-up setting, Karriem realized that could be his life in just a matter of four or five years. It was just one of the takeaways from his unofficial visit to Pitt Tuesday.

“The visit was really good,” Karriem said. “I got to see a lot, learned a lot and it was good meeting people — seeing what kind of people are at Pitt. And realizing that there are truly genuine people in the recruiting process.”

With his first visit to Pittsburgh, making it out after recently picking up an official offer from tight ends coach Tim Salem, Karriem was able to speak with Salem, wide receivers coach Tiquan Underwood, offensive coordinator, Frank Cignetti Jr., head coach Pat Narduzzi, safeties coach Cory Sanders and secondary coach Archie Collins — so just about everyone. And he felt like he belonged with them all.

“I felt like I was a part of the elite,” Karriem said. “Those are all guys that compete at a high level every day, and that’s why they won the championship. I felt like I was surrounded by other elites.”

While Karriem was offered as a cornerback, Pitt’s staff feels like he’d be able to excel as either a wide receiver or defensive back at the college level — considering his size (6-foot-3, 185 pounds) and intangibles. Narduzzi invited Karriem to a camp this summer, not as a tryout since he already holds an offer, but as a way to gel with Pitt’s coaching staff and see where exactly he gravitates toward on the coaching staff.

“I’m leaning more toward corner just because I feel that my size and length isn’t really seen at corner, and Pitt’s secondary and scheme is something that could be conducive and I could produce,” Karriem said. “I feel like I could be really productive in that system because the way that boundary corner plays appeals to all my strengths. They press, man-on-man, mano a mano on the outside, and we like to be more physical on the line.”

Karriem is going to try to make it out for that camp this summer, considering Pitt is one of his top schools, so the chance to hone in and continue to develop that bond is a big factor. However, an official visit this summer likely isn’t in the cards because of previously scheduled visits and having two weekends already off-limits in June.

“I do definitely want to take an official visit, just because you kind of experience it all really,” Karriem said. “But with my situation, I have two weekends in June that I won’t be able to take an official, so I’ve already got two officials planned in Illinois and Duke, and I’ll try to get Pitt or any other school during the season. We play on Friday nights, so I can play a game on Friday night, and then head down for the rest of the weekend.”

The unofficial visit, however, was able to give Karriem the comfort of having seen a school with his own eyes. And the overall experience only made Karriem think more highly of Pitt.

Despite Pitt’s late offer, which came after a long-term relationship between Salem and Karriem, Pitt thinks highly of Karriem. As a two-way star at West Orange High School in New Jersey last season, racking up 16 catches for 227 yards and six touchdowns as a wide receiver and a team-leading five interceptions as a cornerback, Karriem is a versatile weapon.

With official visits to Illinois and Duke lined up, the only two he’ll likely be able to make in June, Karriem said he doesn’t have any time in mind for making an official commitment. If he had been able to make four or five official visits, he said it might be different, but he plans on having a fall of visits too.

And Pitt, while an official visit may have to wait, is a team that’s high on Karriem’s list.