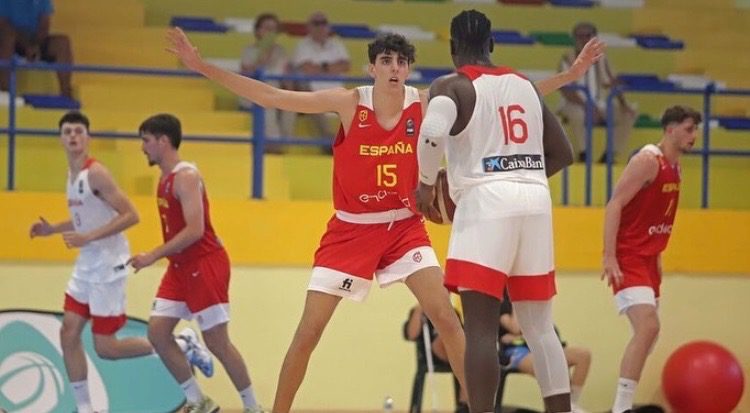 After competing over the last few weeks in a tryout in Europe, Pitt basketball incoming freshman Guillermo Diaz-Graham has now officially made the Spain U20 National team, a source told Pittsburgh Sports Now.

While Guillermo qualified for the team, Jorge Diaz-Graham, a 6-foot-11 forward who also plays for Pitt, did not qualify and is headed back to Pittsburgh to practice with the Panthers.

Both twins initially made the 16-player tryout group, which practiced over the last few weeks in Spain and Portugal. Now, Guillermo has made the 12-man team that will compete in the FIBA U20 European Championships from July 16-24 in Montenegro.

Back in 2021, Guillermo played for the Spanish U18 National Team, leading the squad to a 5-0 record in FIBA action in Macedonia. There, he averaged 11 points and almost six rebounds per game in a strong effort.

“Last year was my first time with the national team in official competition, and it was a really great experience,” Guillermo said in a release. “I met a lot of guys there, a lot of good friends now.”

“As a player, I grew up. I got more confident in myself,” Guillermo continued. “I know the last time I went there, it was in summer, too, but before there, I really didn’t practice a lot because I was on holidays. But now we have been three weeks here working out hard with Garry (Christopher), with Coach Tim (O’Toole), and I think we are in really good shape. That’s going to be a really good thing because I remember last time it was hard the first week because I was out of shape, and it’s really intense because you have 20 days to prepare a championship, so you do two practices of three hours a day, and now we are more prepared for it.”

Pitt landed the twins in early May, when both committed at the same time. Guillermo is a 7-foot, 205-pound forward, who along with his brother Jorge, grew up in the Canary Islands before moving to the United States to play for IMG Academy last year. The two brothers join Dior Johnson, a four-star recruit from New York, in Pitt’s prep recruiting class of 2022.

Happy both with Pitt BB

Is coach too otoole from pitt