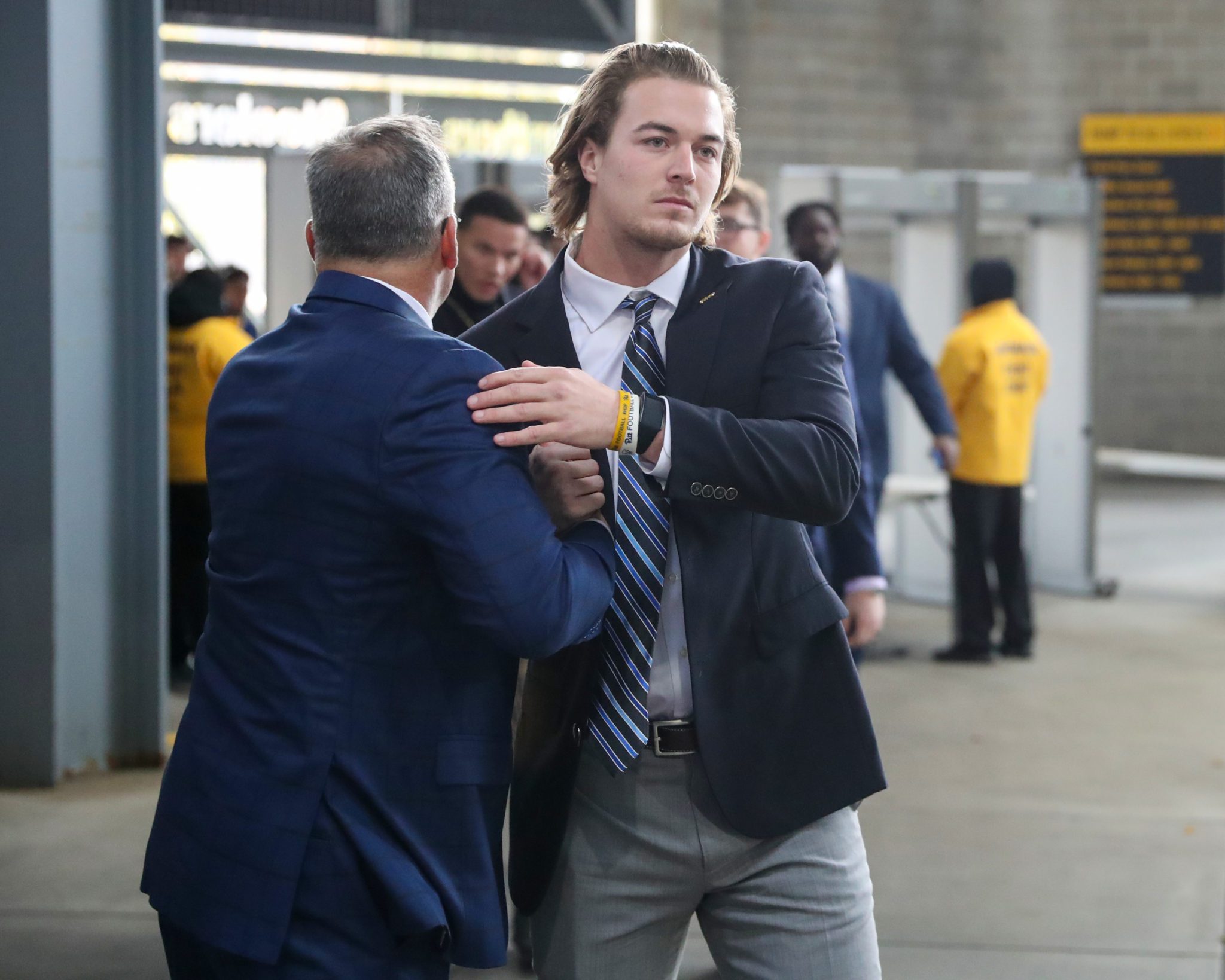 PITTSBURGH — Pat Narduzzi is not taking his eyes off Kenny Pickett. The Pitt Football head coach had Pickett as his starter next door to the Steelers for the past four years. While Narduzzi and Pickett each have their own things to focus on, it has not stopped Narduzzi from paying attention to the Steelers’ first-round draft pick.

“I saw the first game live,” Narduzzi said. “Then, I didn’t get home until late when they played Jacksonville, but my kids DVRed the half. I didn’t watch the three plays prior to that when it was kind of a mess, I didn’t want to watch any mess. But just to watch that drive, it’s fun to watch. I guess we have a Sunday game at 4:30. I won’t be able to watch it, we’ll be working here. I’ll be in my office. But I have to find a way to DVR it and go back and watch every game this year.”

Narduzzi knows the ins and outs of what Kenny Pickett brings to the table, but he is not breaking down his throws in-depth. Instead, Narduzzi is having fun watching Pickett play. He says that quarterback is the easiest position to grade on a scale, but since he does not work with the quarterbacks on a grading scale, he will not do it to Pickett now either.

“I never did break down quarterback snaps,” Narduzzi said. “You know, that’s easy. You either complete it or you don’t complete it, you either make good decisions or bad decisions. I mean quarterback is probably the easiest one to grade. You know, there’s a bad throw, oof he threw it behind him. I won’t be grading it, but I’ll be watching and cheering as a fan.”

“That was fun, our team enjoyed going down there,” Narduzzi said. “That was special. I didn’t talk to Kenny prior to the game. I didn’t know when he was getting in and I’m not sure he knew either. But it was a special day. I’m happy for Coach Tomlin and Coach Canada.”

Regardless for Pickett, this will be his sixth year working at the UPMC Rooney Sports Complex. As he continues to compete for a starting job, he will see plenty of familiar faces on the Pitt side of the building every day. Pickett is expected to be the second-string quarterback on Wednesday.