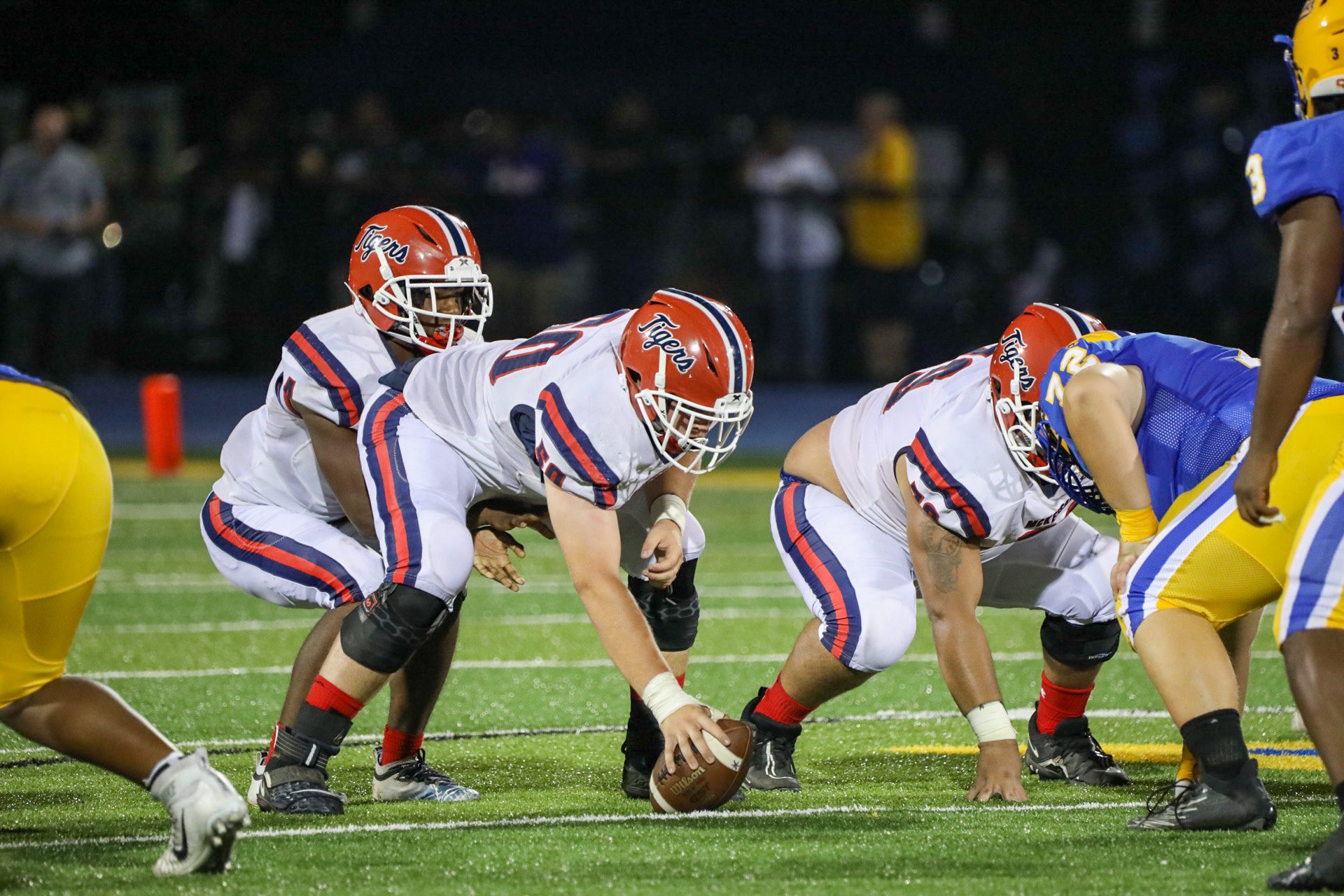 WEST MIFFLIN, Pa. — The McKeesport Tigers (AAAA, 1-0) defeated the West Mifflin Titans (AAA, 0-1) on the road by a blowout score of 40-0 as the WPIAL football season began Friday, August 26.

McKeesport ran the ball at will, retaining possession for all but 13 seconds of the first quarter. A fourth-and-two touchdown run by senior receiver Aemond Knight made it 6-0 with 4:45 to go in the first after a fumbled hold on the PAT try.

West Mifflin returned the favor, fumbling the snap away on the Titans’ first play from scrimmage. The Tigers drove 61 yards down the field, converting a pair of fourth down attempts before running back Bobbie Boyd, who has offers from Duquesne and Akron, hit pay dirt, 12-0.

On the Titans’ next drive, three tackles for loss—and three procedural penalties—made it 4th and 37. A roughing the kicker penalty gave West Mifflin a first down, but The Titans did nothing with the second chance opportunity.

Tigers quarterback Jahmil Perryman, who has offers from all three service academies, then executed a surgical two-minute drill. Perryman flipped the field with a sensational 32-yard pass, scrambling away from heavy pressure and directing traffic under duress. He then turned in a 23-yard rumble into the red zone.

The drive ended with a touchdown pitch to senior Ben Eastman with one second left in the half and the clock running that made it 19-0.

Two second half turnovers ended any chance of a Titans’ comeback.

After an opening drive fumble by West Mifflin, Perryman connected with Knight for a touchdown that made it 26-0.

The onslaught continued with a QB sneak score by Perryman, and fans began to filter toward the gates with the visitors up 33-0 midway through the third.

West Mifflin’s offense continued to sputter, and Boyd contributed a 46-yard run and another touchdown on the Tigers’ next drive, good for the 40-0 final.