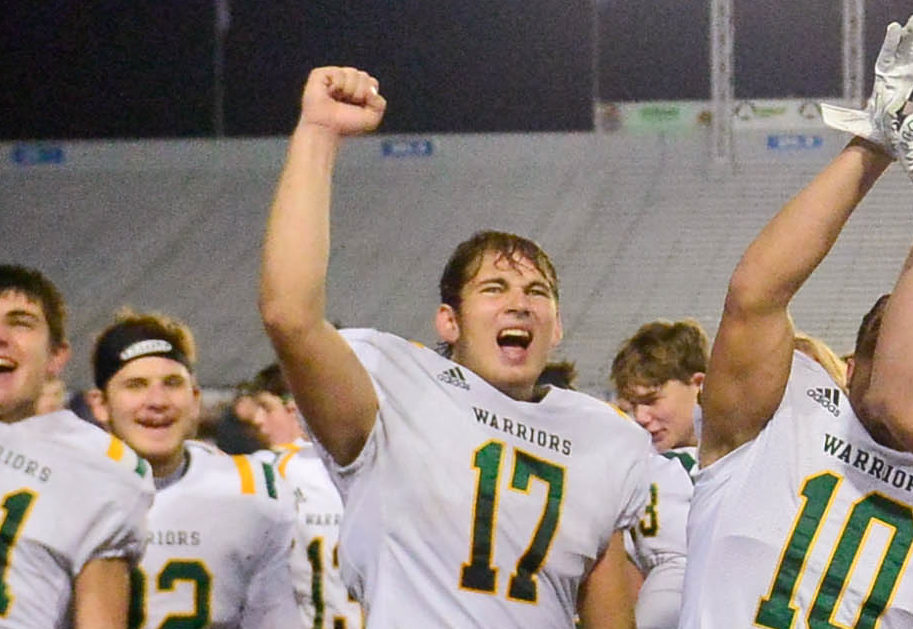 NORTH STRABANE, Pa. — In Penn-Trafford’s 35-28 win over Canon-McMillan on Friday night in Canonsburg, Conlan Greene showcased why he’ll play Division I football at Temple next year. Greene will play on the defensive line at Temple, but on Friday night, he was airing the ball out all over the field. Greene completed 19 of 26 passes for 335 yards and three touchdowns. Greene also rushed for 48 yards on 13 carries and a touchdown. And this was all on top of playing on defense, as well.

Greene stands at 6-foot-4, 250 pounds, which makes it quite a chore for defenders to bring him down. It’s also unique that he’s a two-way starter who plays quarterback and defensive end.

“It’s different, but I like the challenge,” Greene said about playing quarterback and defensive end. “I love defense, and I love this quarterback spot, so I get to have a good time on both sides of the ball.”

Two of Greene’s three touchdown passes went for 40-plus yards. At the end of the second quarter, Greene connected to Tommy Kalkstein for a 44-yard touchdown to put the Warriors up 28-7 with 1:50 remaining in the half. On the play, Greene faked a screen pass and found a wide-open Kalkstein in the seam.

“I saw the safeties bite real quick early on the play fake, so I knew the deep post behind them was going to be open. I just aired it out and let the receiver go get it,” Greene said on the touchdown pass to Kalkstein.”

Greene also had a couple of big runs in short yardage situations.

“When coach needs a few yards and calls my name, he put’s trust in me, so I got to get those few yards no matter how I do it,” Greene said.

Greene committed to Temple in June, and the Owls’ family atmosphere was what really sold him on the program.

“The family feeling of it, honestly,” Greene said. “All the coaches, all the players, it was a great time down there. They made you feel welcomed. The say college needs to be your second home, so I’m really comfortable there.”

“I think I tried the Pat’s and Geno’s one,” Greene said. “It was good. I mean, they know how to do it down there in Philly.”